When families in America were finally reunited ‘Welcome to America’, ‘#Americaisbeautiful’. These were just some of the chants heard at American airports as families reunited with their loved ones after a federal court swept aside the ban imposed by President Donald Trump, which restricted the access of people from seven nations -- namely Iran, Iraq, Libya, Sudan, Yemen, Syria and Somalia.

Here’s a glance at the sights across America, which may make you misty-eyed. 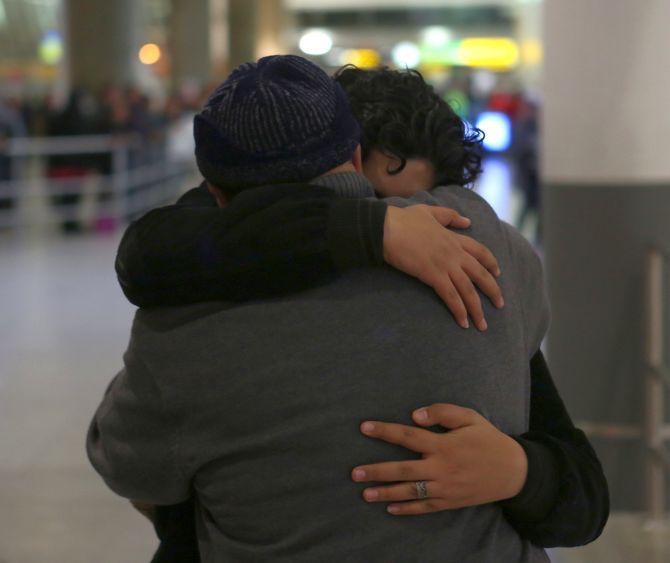 Ali Alghazali, 13, a Yemeni who was previously prevented from boarding a plane to the US following Trump's executive order on travel ban, hugs his uncle Saleh Alghazali, upon Ali's arrival at Terminal 4 at JFK airport in Queens, New York City, New York. Photograph: Joe Penney/Reuters

The ban had brought misery to families who had been separated. However, with the order being swept aside, finally families were reunited and one can't stop but smile. Photograph: Brendan McDermid/Reuters 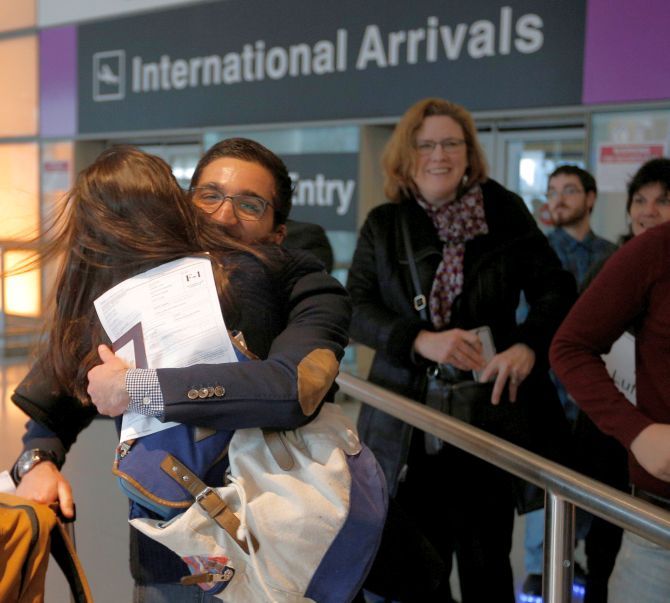 Behnam Partopour, a Worcester Polytechnic Institute student from Iran, is greeted by his sister Bahar at Logan Airport after he cleared US customs and immigration on an F1 student visa in Boston, Massachusetts. Photograph: Brian Snyder/Reuters 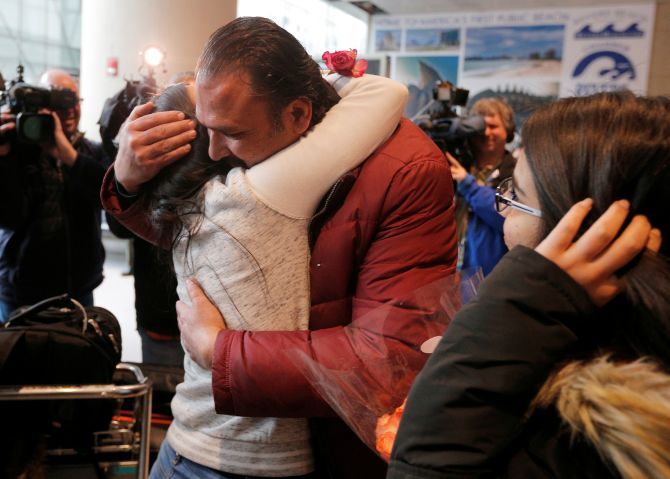 Banah Alhanfy is greeted by her uncle at Logan Airport after she cleared customs and immigration on special immigrant visa in Boston, Massachusetts. Alhanfy's father was an interpreter for the United States in Iraq and she arrived following Trump's executive order travel ban. Photograph: Brian Snyder/Reuters 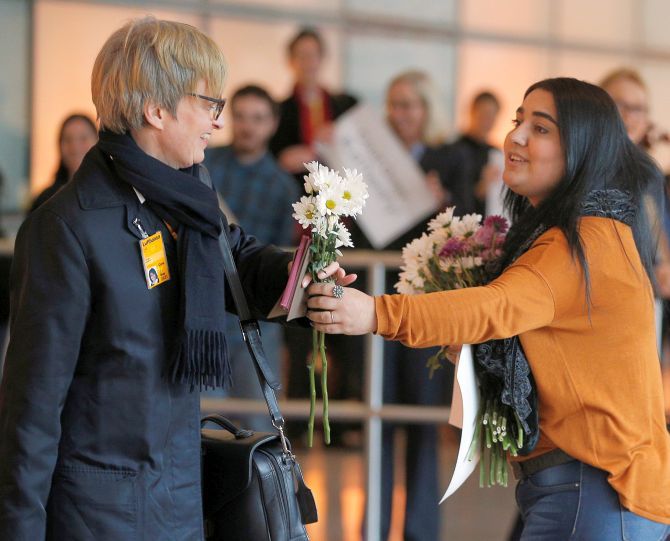 American airports were charged with emotions. While some cried as they were reunited, others distributed flowers to passers-by at the airports. Photograph: Brian Snyder/Reuters 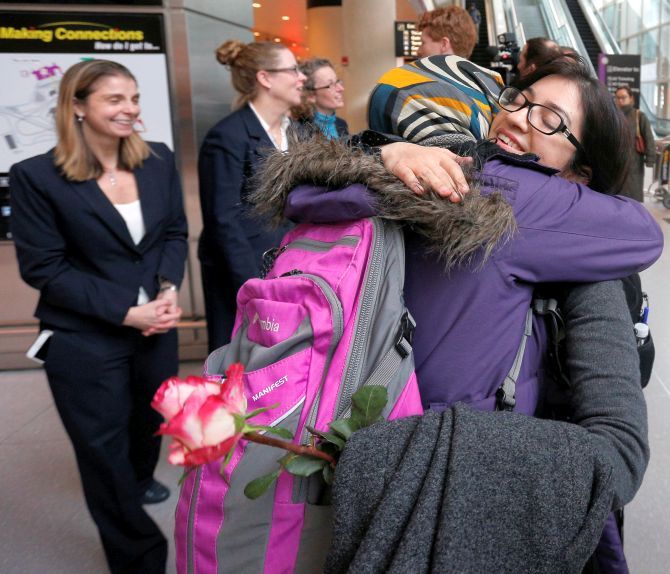 Samira Asgari is greeted by a friend after she cleared customs and immigration in Boston, Massachusetts. Asgari is an Iranian scientist who had obtained a visa to conduct research at Brigham and Women's Hospital and was twice prevented from entering the United States under Trump's ban. Photograph: Brian Snyder/Reuters 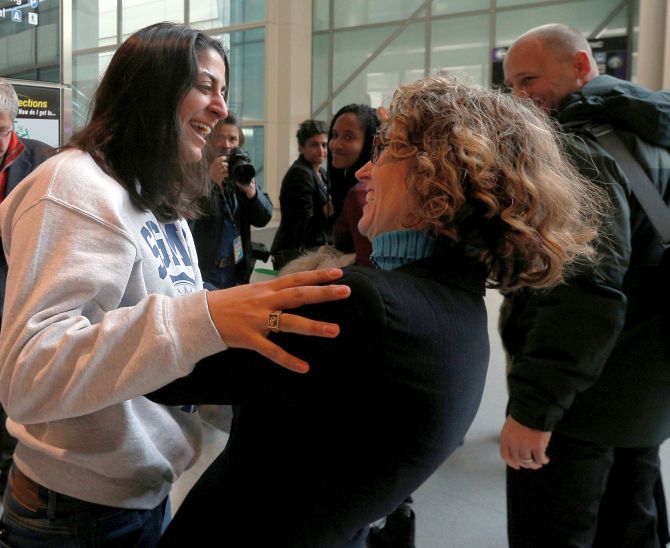 Niki Rahmati, a student at the Massachusetts Institute of Technology  from Iran, is greeted by immigration attorney Susan Church at Logan Airport. Rahmati was originally turned away from a flight to the US. Photograph: Brian Snyder/Reuters 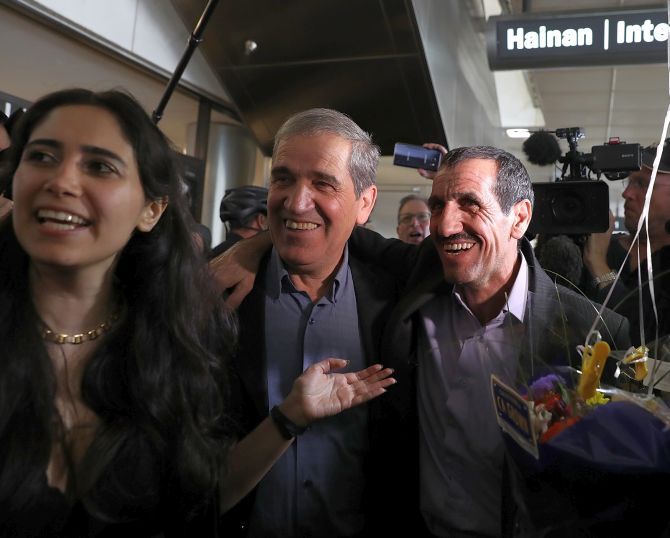 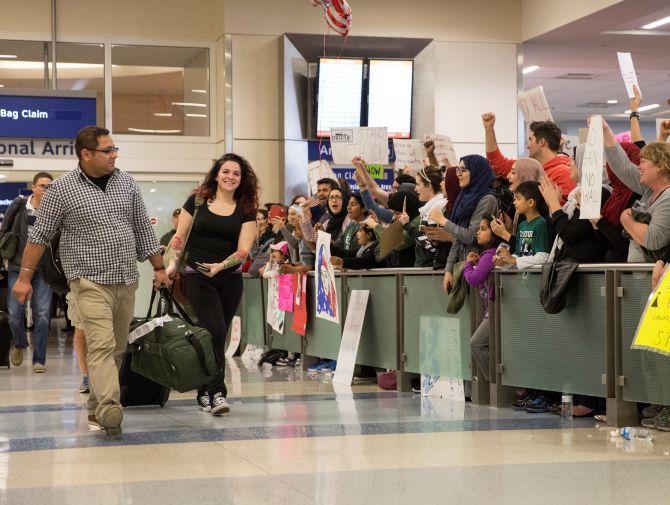 In the wake of Trump's ban, the US cancelled visas of up to 60,000 foreigners in the week from the seven nations. Photograph: Laura Buckman/Reuters 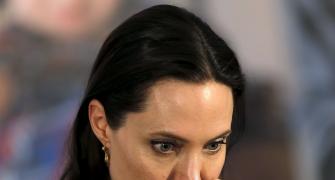 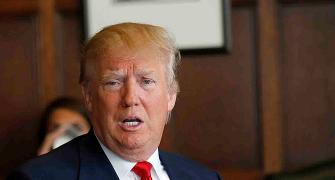 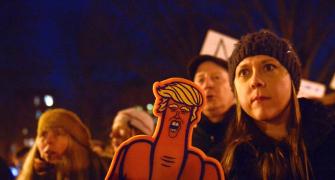 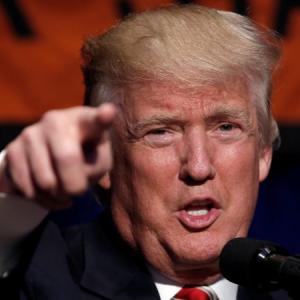 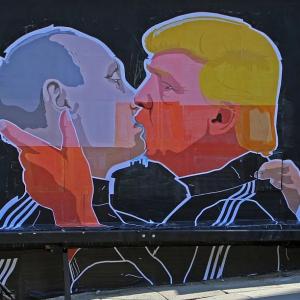