PHOTOS: Thousands tune in for the royal wedding

Thousands of revellers streamed into the town of Windsor, trying to capture their own little piece of the extravaganza that is the royal wedding of Prince Harry and Meghan Markle on Saturday.

Well-wishers flew in from all over the world to get a glimpse of the bride and groom. Some enthusiasts even camped out for six days to get a prime spot to view the newlyweds.

Here are some of the royal fans celebrating! 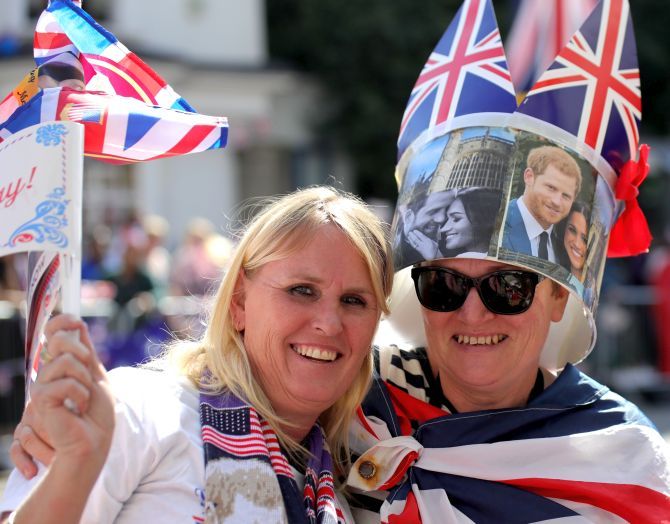 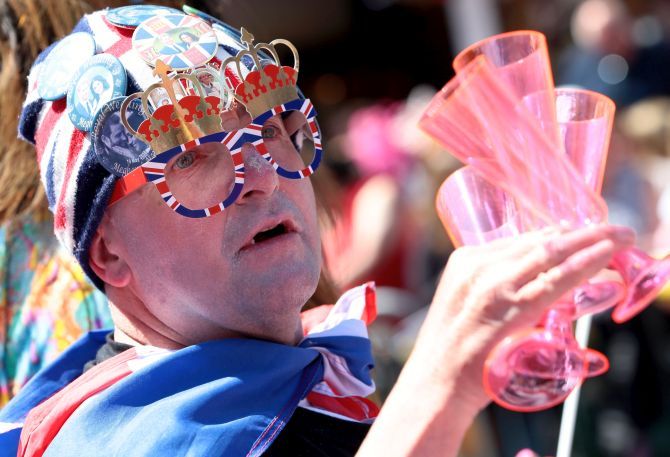 This royal fan wears his love on his sleeve, or should we say on his eyes, and his head. Photograph: Jack Taylor/Getty Images Royal fan Rachael Carter-Eagleton raises a glass of champagne to the couple on their wedding day. Photograph: Jack Taylor/Getty Images 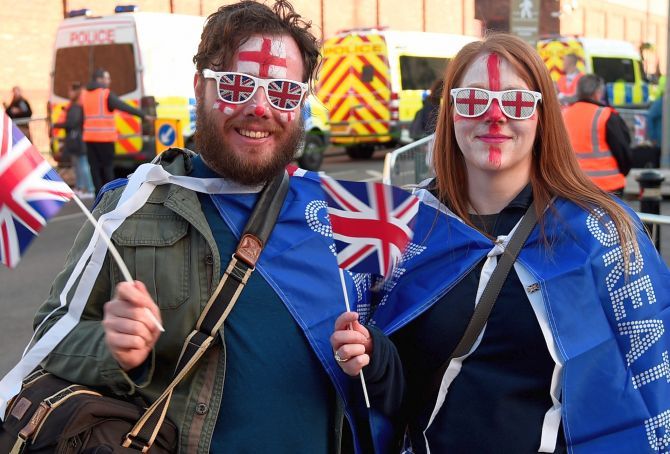 According to reports, there were over 100,000 people around Windsor, hoping to catch a glimpse of Harry and Meghan. Photograph: Eamonn M McCormack/Getty Images 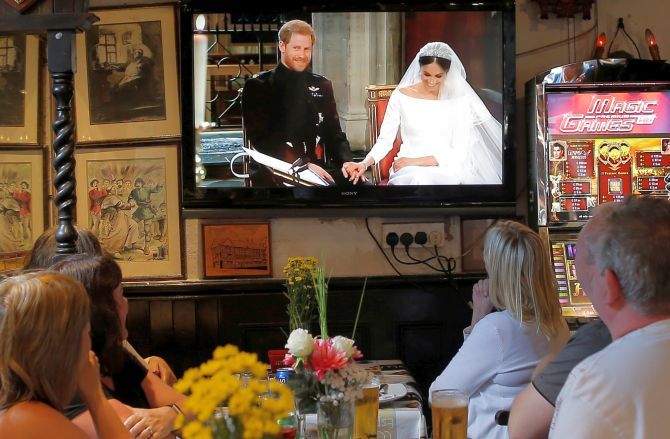 British tourists watch Britain's Prince Harry and Meghan Markle's wedding on a television at a restaurant in the British overseas territory of Gibraltar. Photograph: Jon Nazca/Reuters 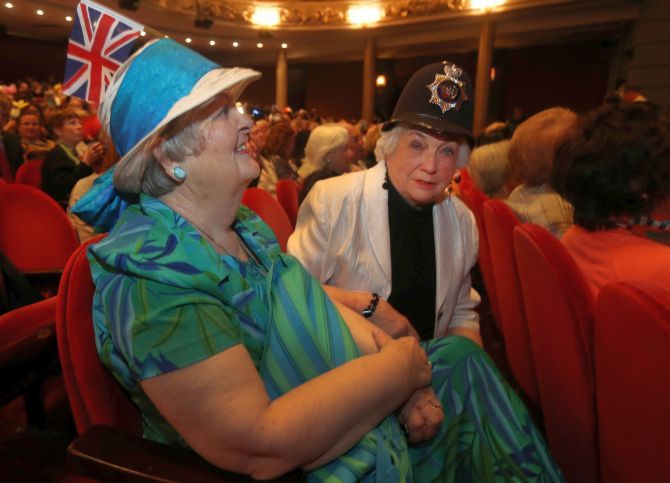 Claire Sparks and Barbara McKenney partake in a viewing party of the broadcast of Britain's Prince Harry and Meghan Markle's royal wedding at the Princess of Wales Theatre in Toronto, Ontario. Photograph: Fred Thornhill/Reuters 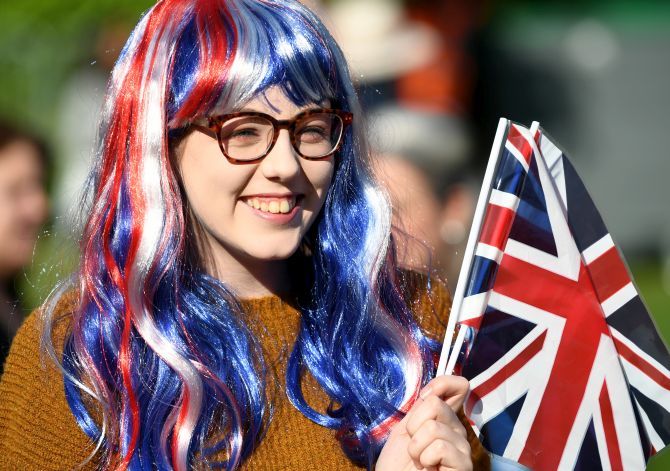 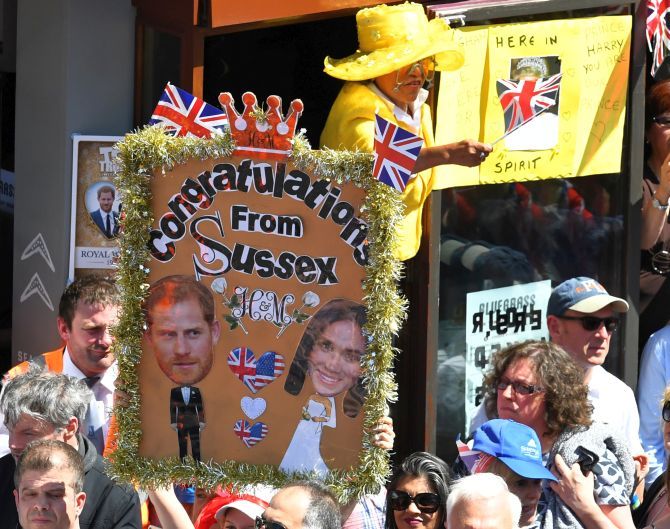 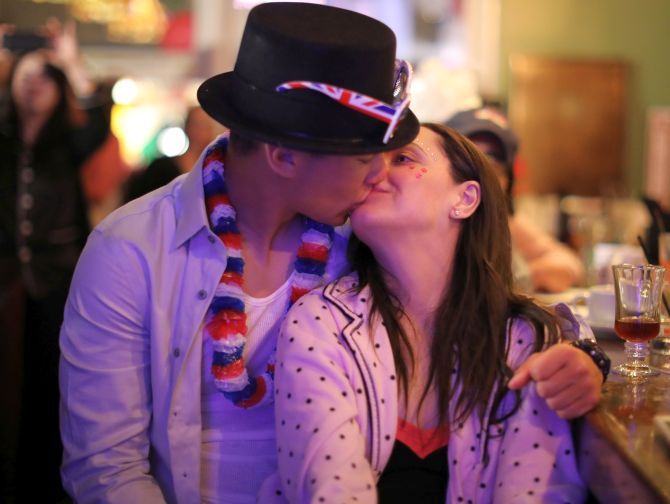 Kisses galore! After Harry and Meghan had a kiss on the steps of Windsor Castle, Giselle Noguera and Trevor Van Petten also kissed during a watching party for the wedding at the Cat & Fiddle pub in Hollywood, Los Angeles. Photograph: Lucy Nicholson/Reuters 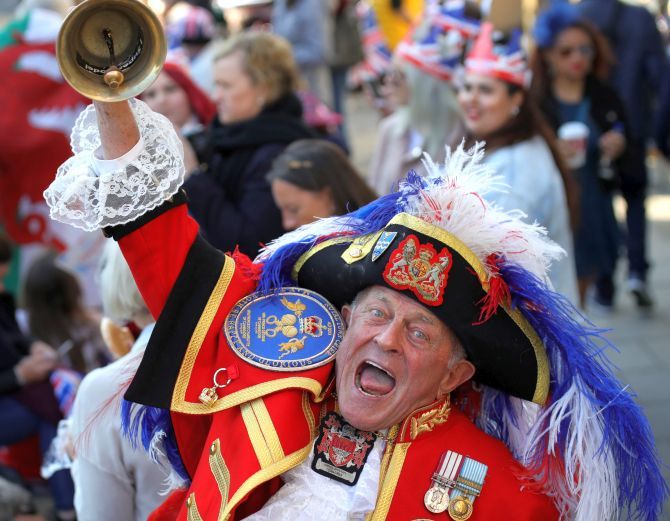 A man dressed as a town crier can't hold in his excitement. Photograph: Christopher Furlong/Getty Images 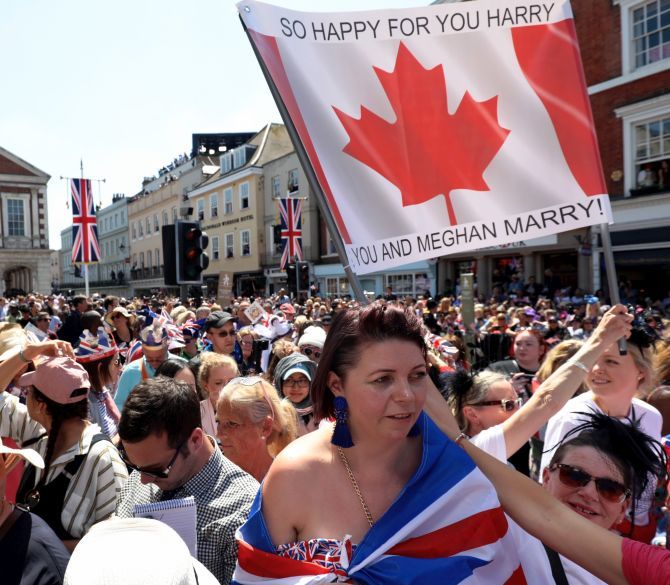 Kensington Palace, later, thanked fans who had come out to partake in the celebrations. Photograph: Jack Taylor/Getty Images 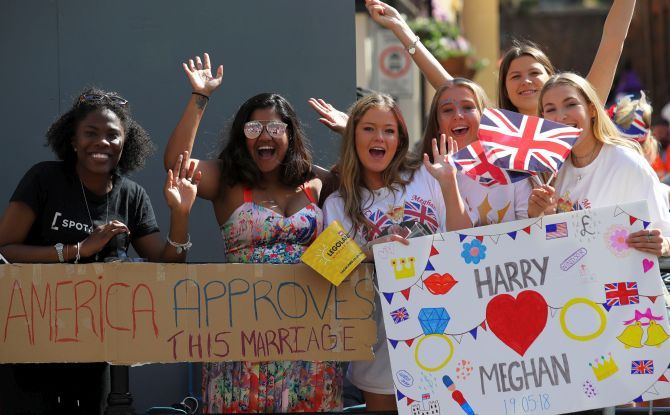 Royal fans soak up the atmosphere during the wedding of Prince Harry to Meghan Markle. Photograph: Christopher Furlong/Getty Images
AGENCIES
SHARE THIS STORY
Print this article 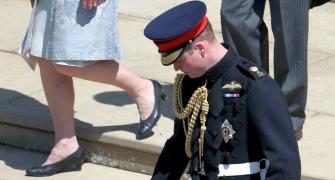 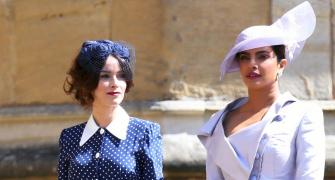 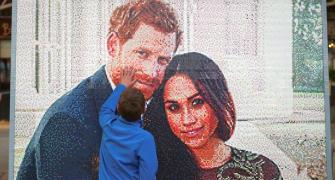 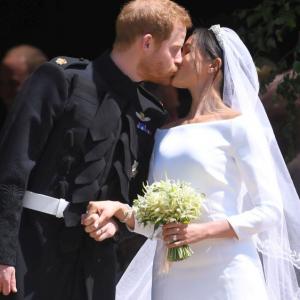 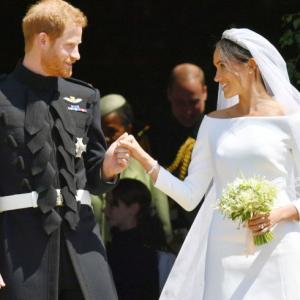