News
Business
Movies
Sports
Cricket
Get Ahead
Money Tips
Shopping
Sign in  |  Create a Rediffmail account
Rediff.com  » News » These images will leave you green with envy!

These images will leave you green with envy!

Since the beginning of time, the colour green has been associated with growth, life, fertility, energy, and vitality. This invigorating and refreshing colour has demonstrated calming virtues that can bring a certain harmony to the body.

Agora launched its #Green2020 photo competition through its mobile app on May 15, following which 17,689 photos representing the colour of growth, regeneration, and health were submitted to the online contest.

The spectacular entries include a striking shot of a natural spring in Jalapão State Park, Brazil and at the Tumpak Sewu waterfall on East Java, Indonesia.

Scroll down to cast your eyes on the amazing shots -- you'll find the winning image at the bottom.

Old steam locomotive in the woods 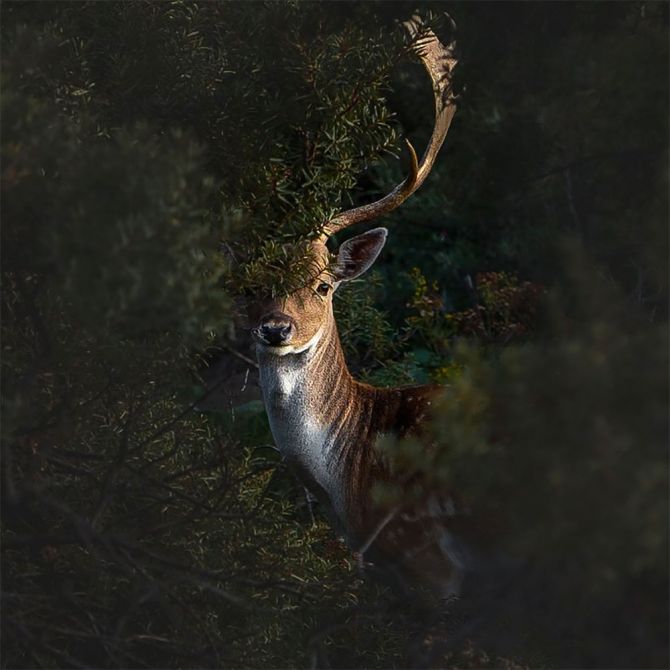 This striking image was captured by Dutch photographer Max Buiting in the Netherlands. Photograph: @maxbuiting/Agora Photos This close-up image was snapped in Huelva, Spain. He named the shot 'Sin escapatoria', which means without escape. He said: 'Photography allows you to freeze time and enjoy the moment'. Photograph: @aibanez@aibanez/Agora Photos 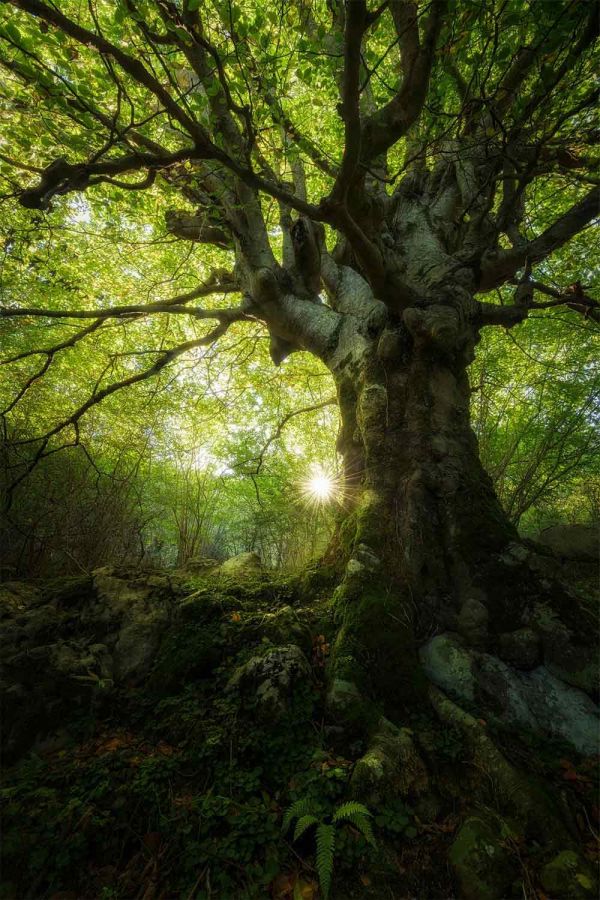 I wanted to portray the beauty of nature through a forest that looked straight from a fairy tale. Photograph: @saavedraphotography/Agora Photos 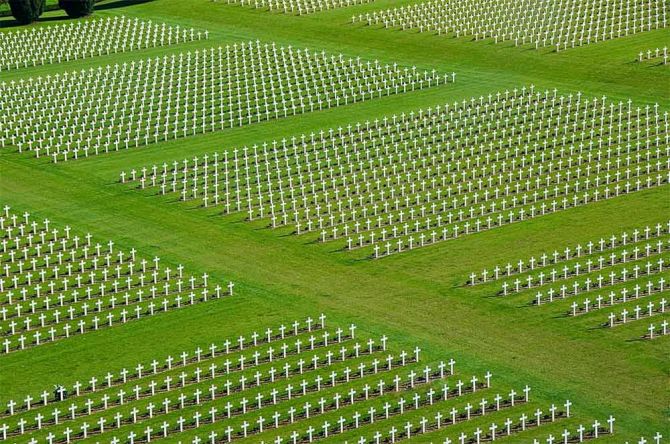 The battle of Verdun was one of the bloodiest battles that occurred during WW1: a total of 263.000 soldiers lost their lives there. With its well-organized graves and lavish green patches, the cemetery stands in big contrast to the cruel battle. Through my photo, I want to convey respect, dignity, but also the rejection of violence and war. Photograph: @knarfphoto/Agora Photos 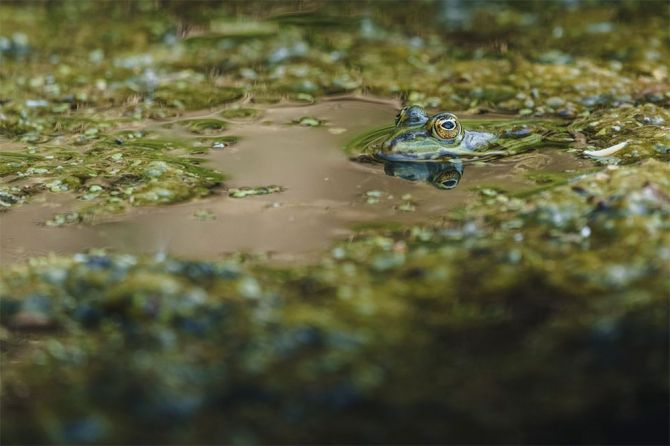 I wanted to get a special perspective for this photo. My camera got way too close to the water, but I'm delighted with the final result! Photograph: @anskar/Agora Photos I was amazed when I saw the green viper in its glass enclosure, because it looked like it was posing for all the visitors. I was actually a bit scared while taking the shot, because of how close I was to the snake: it felt like we were almost touching each other's faces. Photograph: @jovanneamolat/Agora Photos 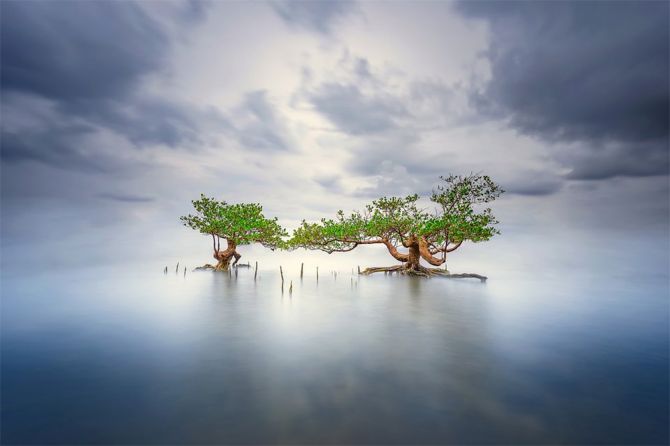 This jaw-dropping image was taken in Indonesia by Indonesian photographer Muhammad Ridwan. He called the photo 'The real Heroes'. Photograph: @muhammadridwan06/Agora Photos The Fervedouros of Jalapão are unique natural springs located in a quite arid area: they are like an oasis in the desert. The water pressure is very high, forming a lot of bubbles that make you float and prevent you from sinking. Only a drone shot could capture the ethereal feeling of floating in those amazing natural jacuzzis. Photograph: @ghislainfave/Agora Photos

Standing on the edge 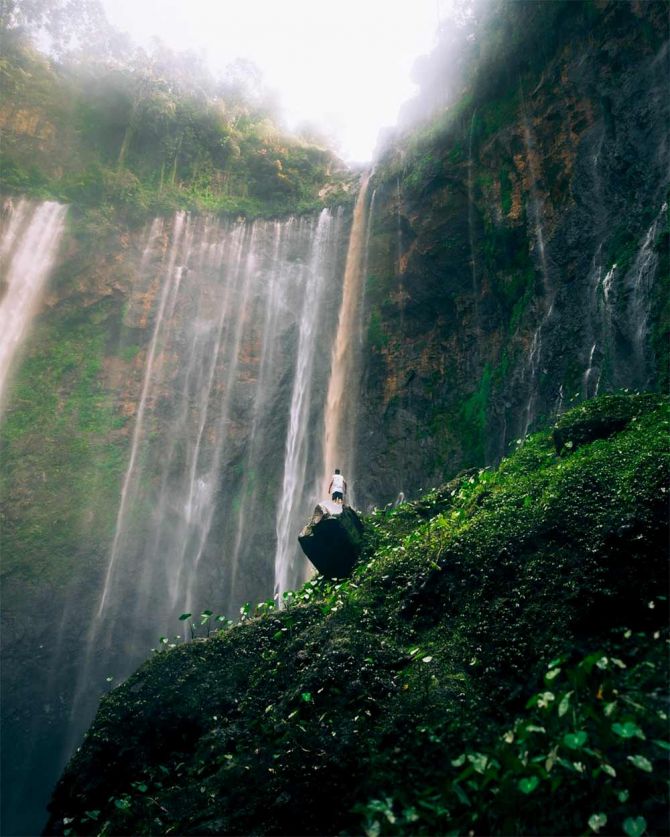 We went to east Java on a spur of the moment thing: we booked our tickets, and the next morning we were on the plane! We didn't really know what to expect, but East Java is the most incredible place I've ever been and this is the most impressive waterfall I've ever seen. It stretches all around you and is simply massive. Puts how small you truly are compared to nature into perspective! Photograph: @jprphotos/Agora Photos

Shades of green, little hut by the lake I was on a road trip through the western parts of Austria, together with some friends. When we passed by this boathouse I instantly had this minimal shot in mind and tried to take it. It started to rain but this did not stop us from getting out of the gar and trying our luck!. Photograph: @seplb/Agora Photos The majestic Sekumpul waterfall is surrounded by amazing lush foliage. As there were a lot of people at the base of the waterfall, I wandered off from the crowds and found a beautiful frame that was showing Mother Nature in its most beautiful raw state. Photograph: @blakehobson/Agora Photos You can hear their laughter just by looking at the photo. Photograph: @pranab_basak/Agora Photos Take me back to Bali! Fleeting moments of light through the treetops made this place so magical. Photograph: @janreyem/Agora Photos

Some people feel the rain, others just get wet I spotted this boy plucking flowers, and just a few moments later the rain started to pour down. He had the biggest and purest smile on his face and didn't seem to be bothered at all. To me, happiness is one of the outcomes of proper faith. Photograph: @photographerasaf/Agora Photos
Related News: Jalap, Agora Photos, Max Buiting, Muhammad Ridwan, Urban Nature
Print this article 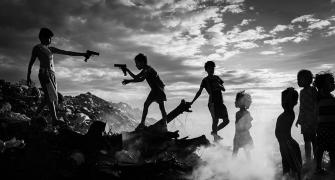 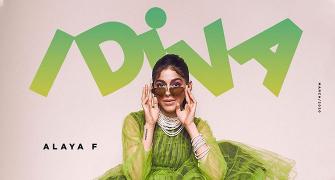 Alaya will drive you wild in this green look These pictures will get you 'high'! 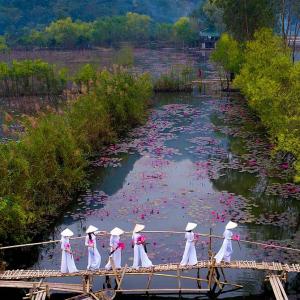