Tauktae leaves behind a trail of destruction

The landfall process of the eye of the extremely severe cyclonic storm Tauktae, which hit the Gujarat coast in Saurashtra region between Diu and Una, ended around midnight, the India Meteorological Department (IMD) said.

Even as the cyclonic intensity weakened, it left behind a trail of destruction, with at least four people losing their lives- one each in Bhavnagar, Rajkot, Patan and Valsad, officials said.

Glimpses of the havoc the cyclone wreaked across states. 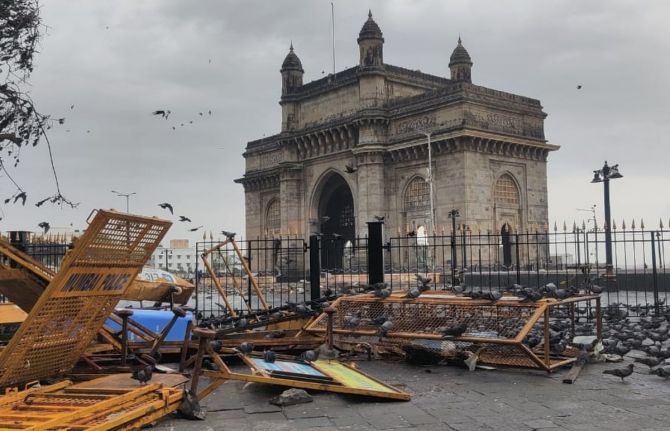 IMAGE: The damage caused by 'Very Severe Cyclonic Storm' Tauktae at Gateway of India in Mumbai on Tuesday. Photograph: ANI 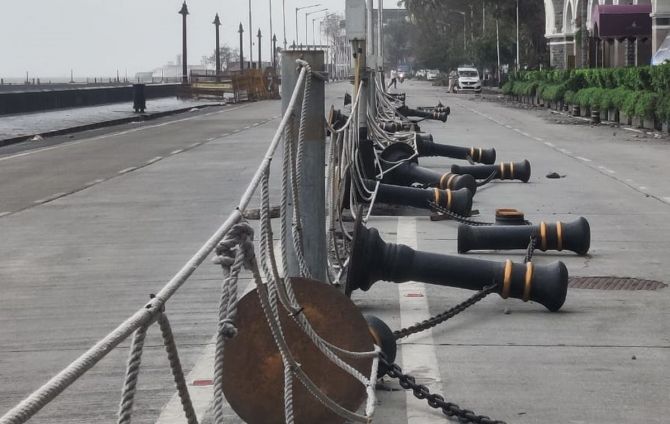 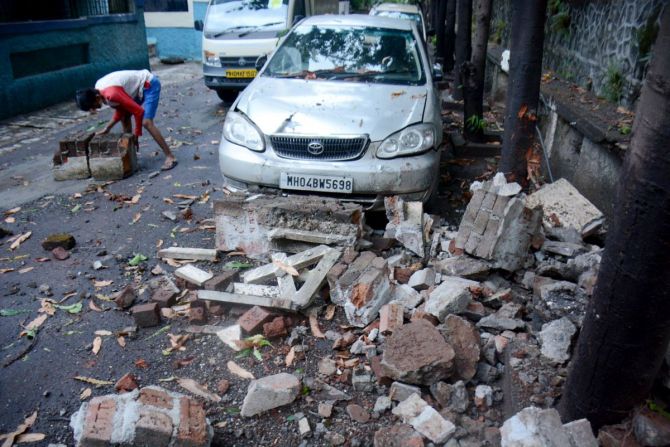 IMAGE: Debris of a compound wall which collapsed due to Cyclone Tauktae, at Vasant Vihar in Thane, on Tuesday. Photograph: PTI Photo IMAGE: NDRF personnel clear a fallen tree from a road as they carry out restoration works following the landfall process of Cyclone Tauktae, in Gujarat. Photograph: Kind courtesy @satyaprad1/Twitter 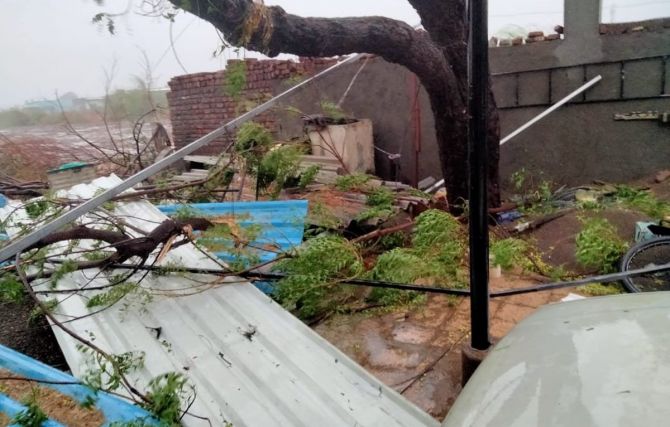 IMAGE: As IMD the cyclone weakened after its landfall process at Gujarat coasts. Photograph: ANI 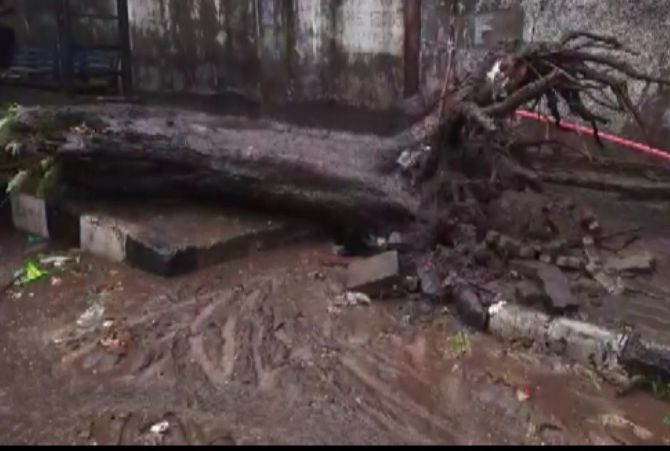