China has relocated over 2.45 million people and cancelled over 400 flights as super Typhoon Mangkhut made landfall in southern Guangdong province on Sunday after battering Hong Kong and killing 49 people in the Philippines. The typhoon slammed the coast of Jiangmen city in southern China's Guangdong province on Sunday evening packing winds up to 162 km per hour.

More than 2.45 million people have been relocated, and over 48,000 fishing boats called back to port in the province on Sunday, state-run Xinhua news agency reported.

Work has been suspended at more than 29,000 construction sites and 632 tourist spots have been closed.

Earlier, more than 400 flights at two airports in China’s southernmost island Province of Hainan with all coastal resorts and schools closed as Typhoon Mangkhut approached. The Hainan provincial tourist department has ordered all scenic areas, schools and outdoor businesses to close on Sunday and Monday morning. Guangdong has taken similar precautions.

By Saturday, all fishing boats in coastal cities of Guangdong were called into harbour. Ferry services in the Qiongzhou Strait linking Guangdong and Hainan were suspended from Saturday morning. 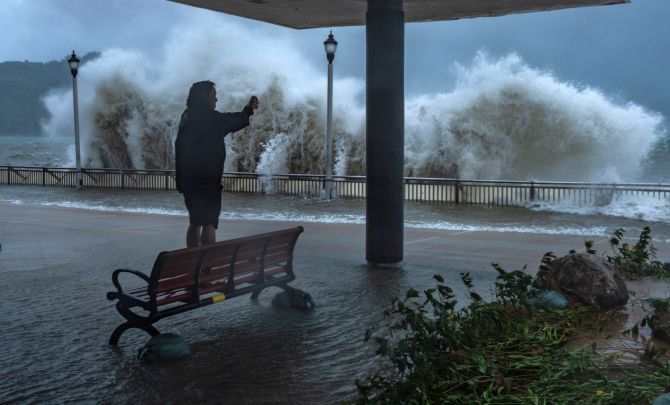 The Guangdong disaster relief headquarters has sent supervisors and mobilised staff to check safety risks at construction sites, on dykes and at industrial projects.

Provincial meteorological departments have sent out real-time monitoring information of the typhoon’s movements via media outlets and weather alerts to cell phone user. IMAGE: Police officers carry a girl out of a collapsed school in Hong Kong. The strongest tropical storm of the season so far with winds as fast as 200 kilometres per hour, Mangkhut has reportedly killed at least 49 people in the Philippines. Photograph: Lam Yik Fei/Getty Images

Flights via Shenzhen Airport were all cancelled on Sunday until 8 am on Monday. All long-distance coach services through the city were suspended from 6 pm on Saturday.

On Sunday, nearly all urban public transport services in coastal cities in Guangdong were stopped, and coastal highways were closed. 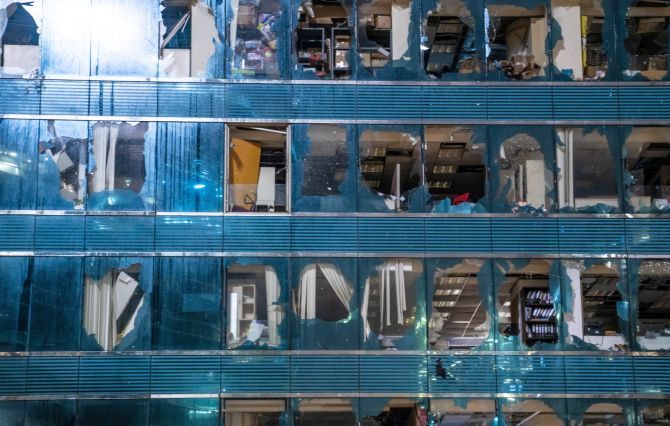 In Guangdong’s provincial capital of Guangzhou, groceries in markets and supermarkets were nearly sold out on Sunday morning, as residents snapped up everything on the shelves to store food at home. IMAGE: People wade through seawater inside a mall as high waves hit the shore at Heng Fa Chuen, a residental district near the waterfront, during Typhoon Mangkhut in Hong Kong, China. Photograph: Bobby Yip/Reuters

In the port cities of Zhuhai and Zhanjiang in Guangdong, shops were closed on Sunday, the Xinhua report said. 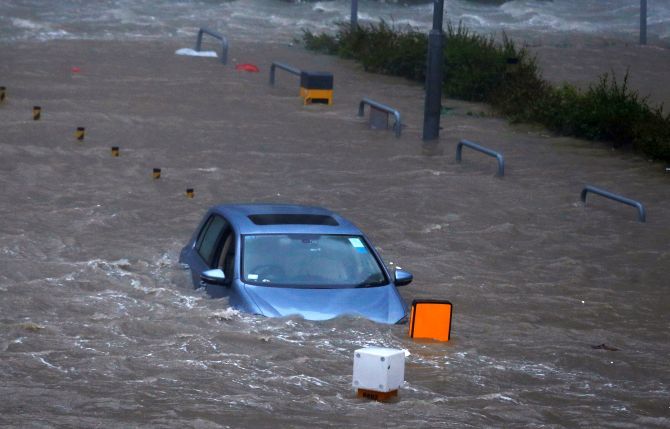 IMAGE: A car is stranded in seawater as high waves hit the shore at Heng Fa Chuen, a residental district near the waterfront, during Typhoon Mangkhut in Hong Kong. Photograph: Bobby Yip/Reuters 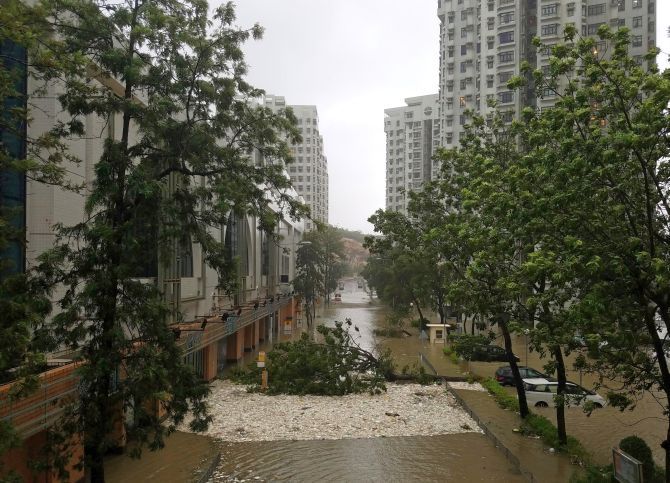 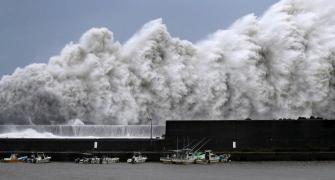 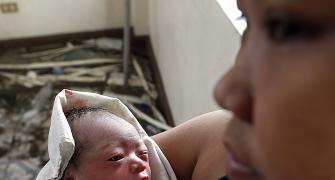 PHOTOS: The aftermath of one of world's worst typhoons ever