Home Minister Rajnath Singh on Friday helped carry the coffin of a slain Central Reserve Police Force jawan after he laid a wreath on the mortal remains of the troops, who were killed in a terror attack in Jammu and Kashmir, officials said. 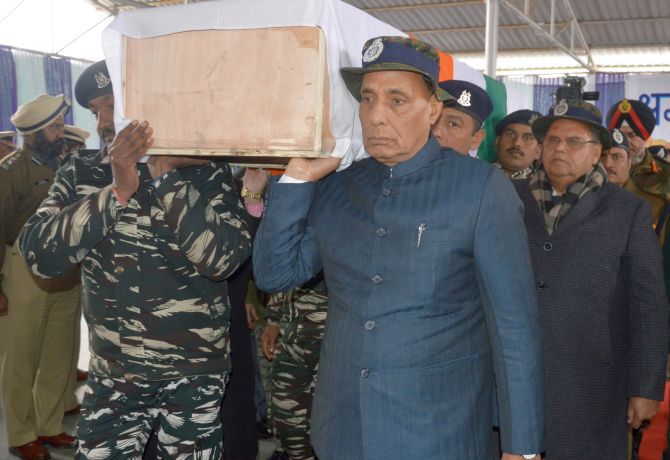 Shortly after arriving from Delhi, the home minister attended a solemn function in Srinagar where the remains of 40 CRPF personnel were kept in coffins, draped with tricolour.

Singh helped carry the coffin of a slain CRPF jawan before it was flown out of Jammu and Kashmir in a special aircraft, an official present at the function said. “The nation will not forget the supreme sacrifice of our brave CRPF jawans. I have paid my last respects to the martyrs of Pulwama. The sacrifice will not go in vain,” Singh said.

The dignitaries stood in silence till the coffins were loaded in a truck which went to the Srinagar airport, the official said. Forty CRPF personnel were killed and five injured on Thursday in one of the deadliest terror attacks in Jammu and Kashmir when a Jaish-e-Mohammad suicide bomber rammed a vehicle carrying over 100 kg of explosives into their bus in Pulwama district. 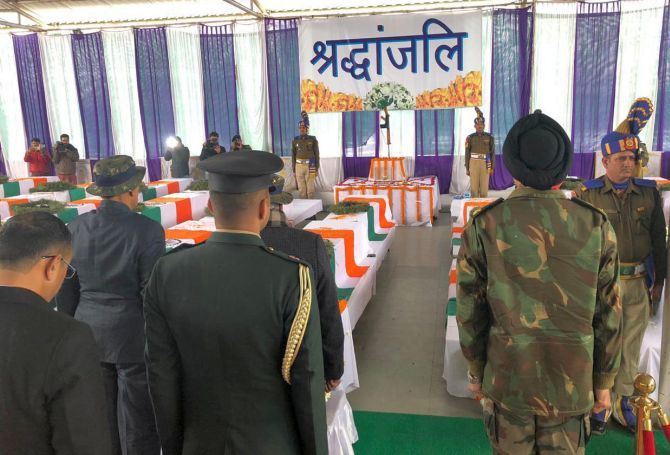 The bus was part of a convoy of 78 vehicles CRPF travelling from Jammu to Srinagar.

Prime Minister Narendra Modi on Friday said those responsible for the attack will pay “a very heavy price” and security forces will be given a free hand to deal with terrorists.

In a hard-hitting speech, Modi said the “blood of the people is boiling” and forces behind the act of terrorism will be definitely be punished. 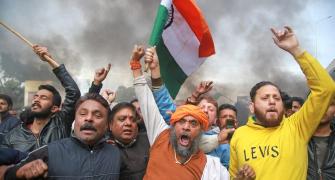