Congress general secretary Priyanka Gandhi Vadra on Sunday said 14th century saint Ravidas dreamt of a society where there is no discrimination on the basis of caste and religion, and that everyone should work towards fulfilling it. 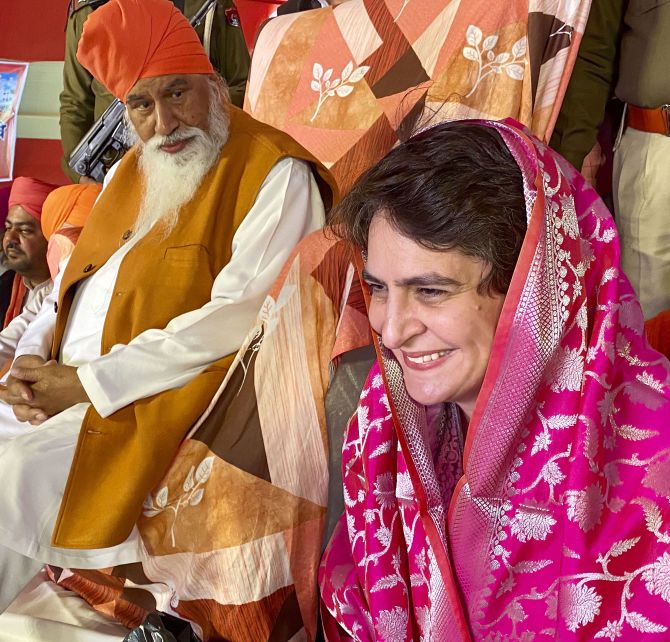 Speaking at a function in Varanasi on the occasion of Ravidas Jayanti, she urged the audience to take the teachings of the saint to the masses.

"He (Sant Ravidas) had dreamt of a society, where there is no discrimination and where every person is respected. You all should take forward his teachings to the masses, especially at a time, when there is so much violence and hatred in the society. His teachings are need of the hour," Priyanka Gandhi said.

"Sant Ravidas used to say in his teachings that Ram and Rahim are one. We are all part of one god. We must learn from his teachings," she said.

Priyanka Gandhi said it is her privilege that she got an opportunity to bow her head at the birth place of Sant Ravidas.

"Sadguru Kabirdas and Sadguru Ravidas through their messages have always talked about equality among all human beings, brotherhood and honouring hardwork," she said.

"Sadguru Ravidas had the dream of Begampura -- a city without sorrow. A city where there is no discrimination along lines of religion and caste, and where every person feels secure. The same ideals are there in our Constitution," she added. 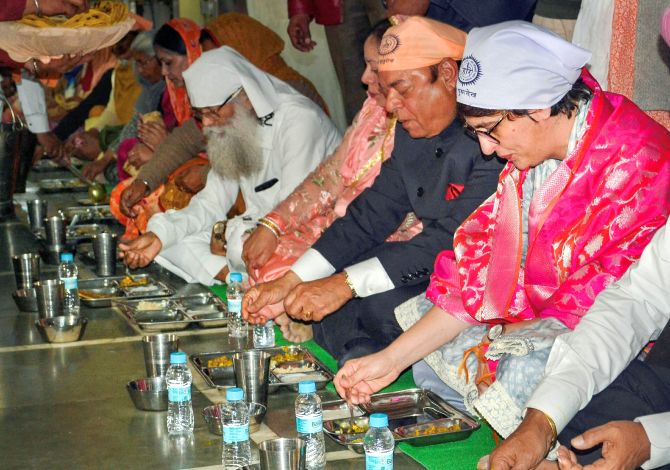 Before attending the function, the Congress leader offered prayers at the Guru Ravidas Janamsthan Mandir, and also participated in 'langar' (community lunch).

She arrived in Varanasi, the parliamentary constituency of Prime Minister Narendra Modi, on a day-long visit to take part in Ravidas Jayanti programmes, and was greeted by senior Uttar Pradesh Congress leaders, including state unit president Ajay Kumar Lallu, and other party workers.

State Congress president Lallu said the teachings of Sant Ravidas for setting up a society based on equality and brotherhood are relevant even today.

A 14th century saint, Ravidas is revered in Buddhism, Sikhism and Hinduism. He was born in Varanasi and was a leading figure of the Bhakti Movement. Sant Ravidas left behind a great legacy and a 21st century cult called Ravidassia follows his teachings.