Ahead of swearing-in, Modi pays tributes to Gandhi, Vajpayee

Ahead of being sworn in as prime minister for the second consecutive term, Narendra Modi on Thursday paid tributes to Mahatma Gandhi and Bharatiya Janata Party veteran, the late Atal Bihari Vajpayee.

Modi will take oath for a second term on Thursday at 7 pm.

The swearing-in ceremony will be attended by over 6,000 invitees, including foreign dignitaries, allies and political adversaries. 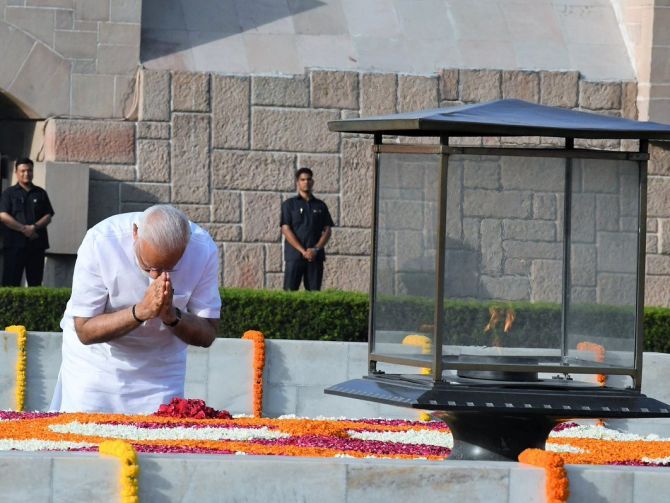 The memorial of Mahatma Gandhi at Rajghat was one of the first places PM Modi visited in the national capital, at 7 am. 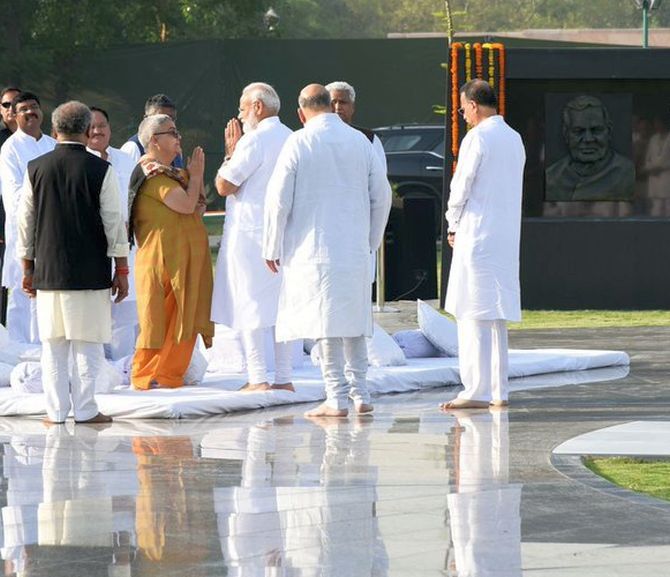 He then visited the National War Memorial near India Gate. The monument, spread over 40 acres, is dedicated to soldiers killed in service to the nation over the decades. 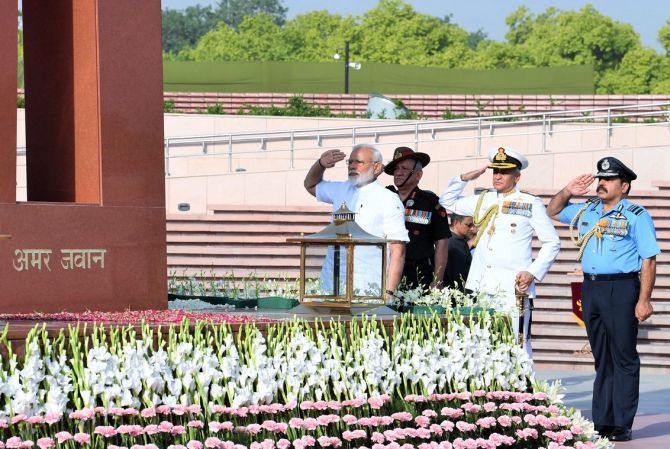