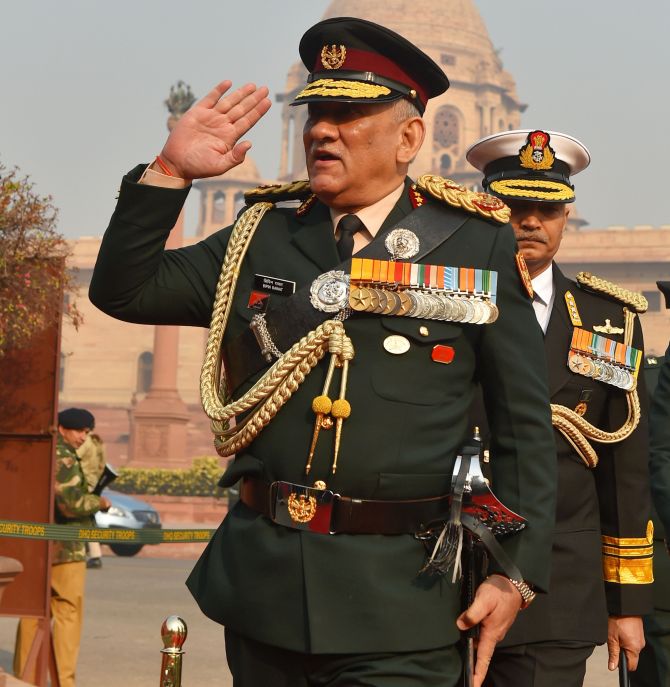 General Bipin Rawat made debut public appearance as India's first Chief of Defence Staff (CDS) on Wednesday, donning the parent service uniform, though with a different peak cap and shoulder rank badges in his new role. 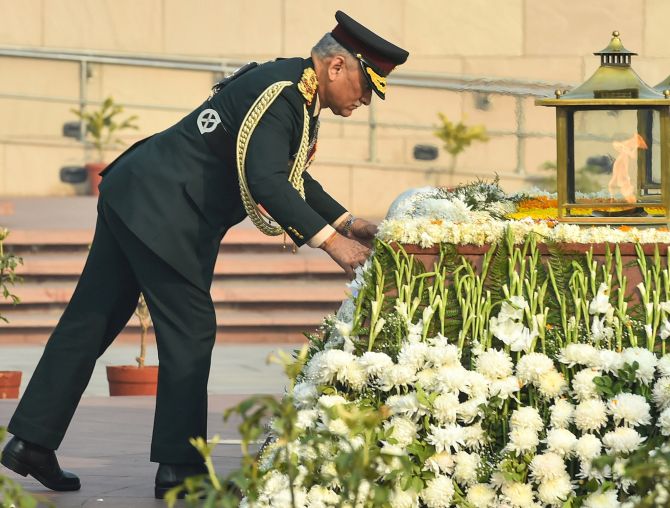 On his first day as CDS, General Rawat paid tribute at the National War Memorial in the heart of New Delhi near India Gate. 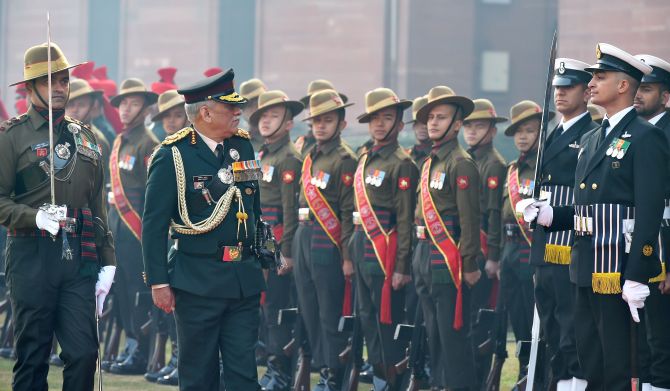 He also received a guard of honour. 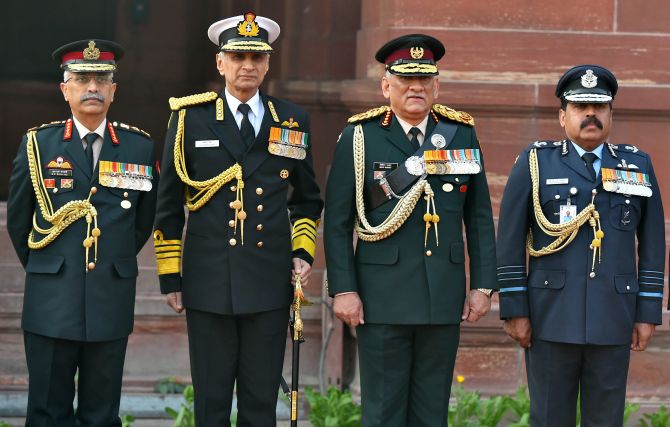 "Chief of the Defence Staff is all about synergy where effort is to achieve more than the sum of the whole. Sum of synergistic application of three services is not for 1+1+1=3 but sum to be 5 or 7," General Rawat said. 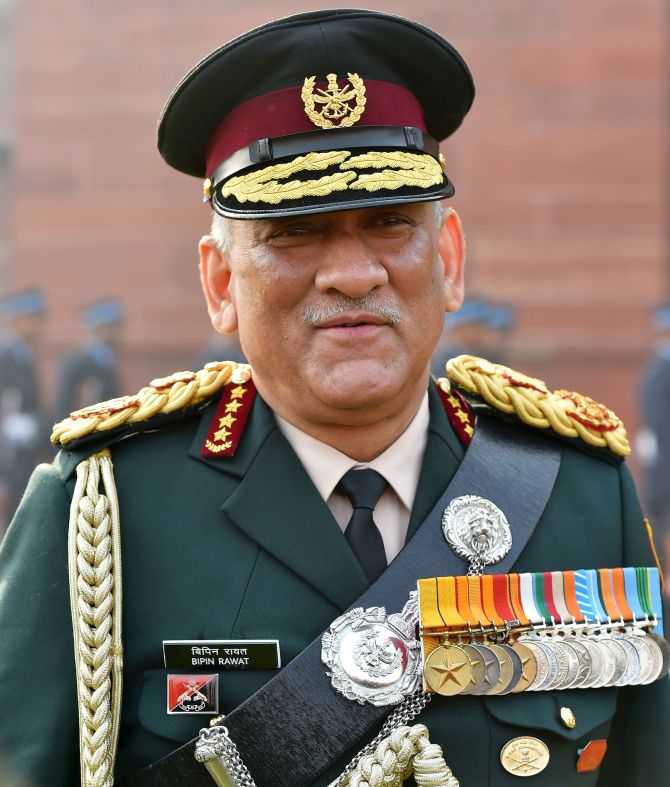 He further stated, "All the three services will work as a team. As per the task given to the Chief of Defence Staff we have to enhance integration and do better resource management."

As per defence officials, the new uniform is Olive Green and has all components of the attire of three services -- Indian Army, Navy and Air Force. 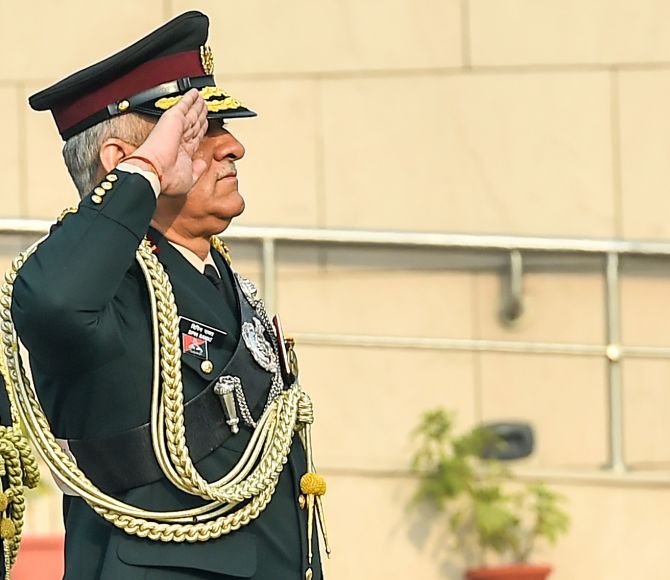 There is an insignia of two crossed swords; there is an eagle, an anchor and an Ashok symbol above it. 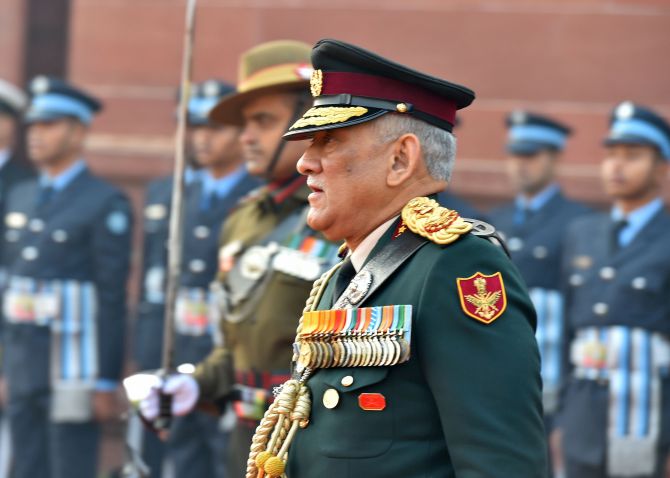 The Indian Army had earlier given a sneak peek into the parent Service uniform of the CDS on Twitter stating that the Rank badges and accoutrements of CDS reflect '#Jointness #Integration #Synergy'.

General Rawat demitted the office of Army Chief on Tuesday. The office of CDS will be in the South Block. 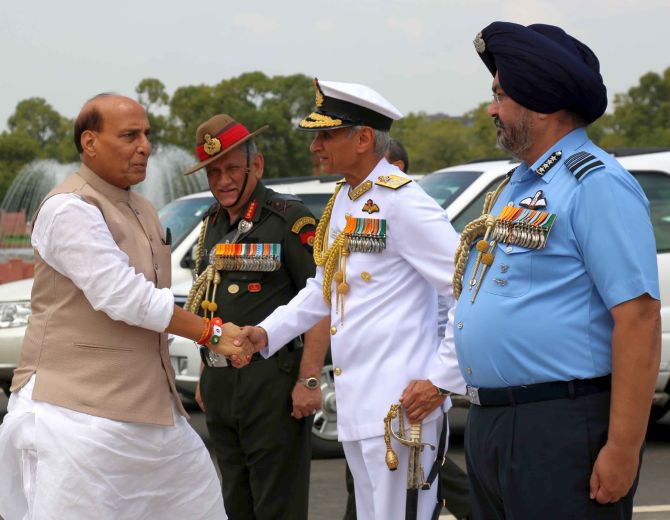 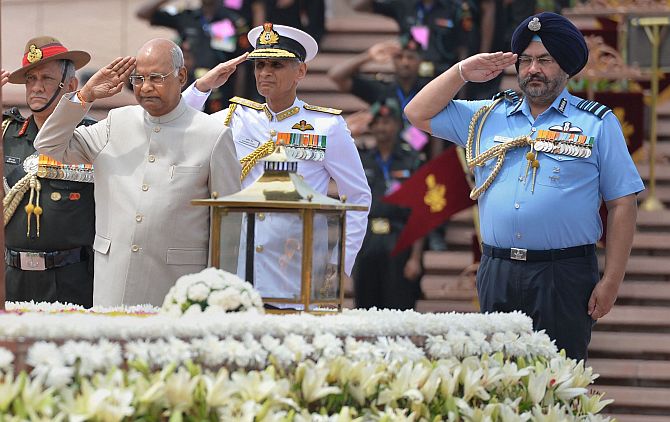