Prime Minister Narendra Modi on Tuesday met his nonagenarian mother Heeraben on his 69th birthday and had lunch with her. 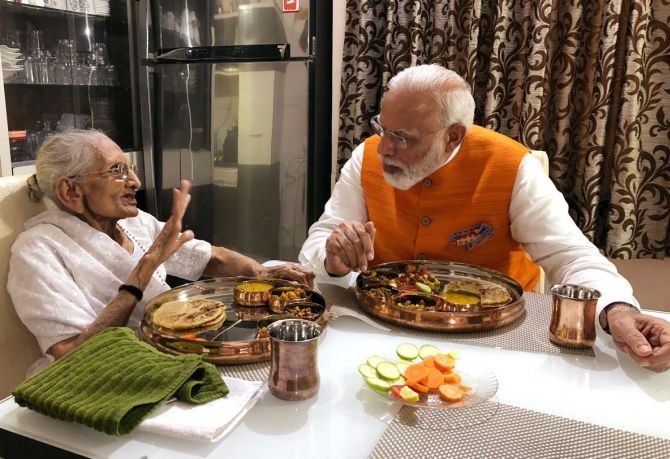 Modi spent around half an hour with his mother, who lives with his younger brother Pankaj at Raisan village near Gandhinagar.

TV visuals showed the PM paying obeisance with folded hands to his mother, who was seen blessing her now world-famous son. 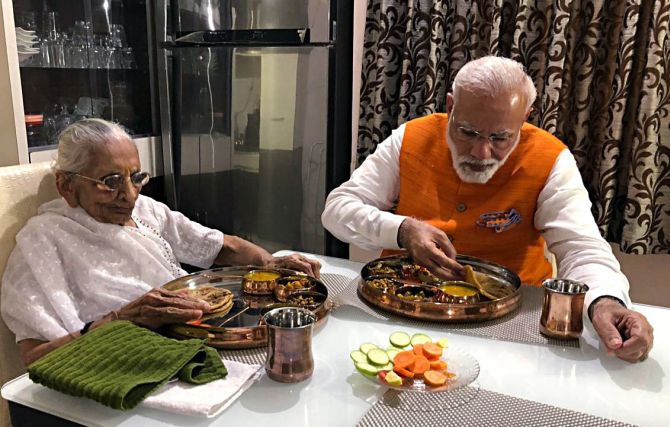 After coming out of the house, Modi also allowed local residents to click selfies with him and gave autographs to kids. 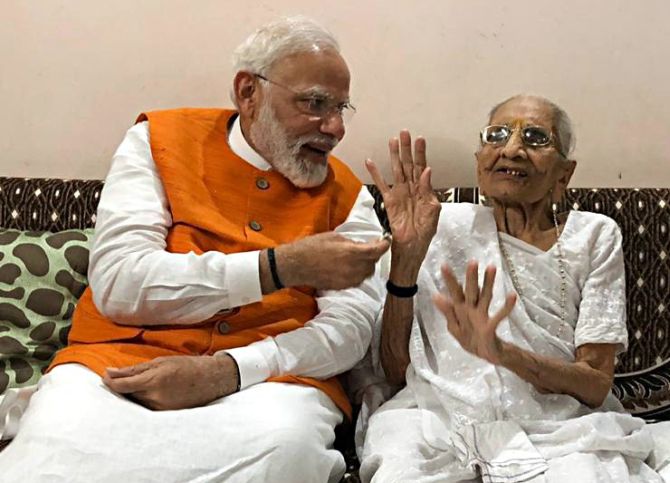 Modi reached Raisan after addressing a gathering at Kevadiya in Narmada district. Modi, who arrived in Gujarat late on Monday, inaugurated the Namami Devi Narmade Mahotsav, celebrating the overflowing of the Sardar Sarovar dam.

Modi was to meet his mother early on Tuesday before the Sardar Sarovar event but there was a change in the schedule. 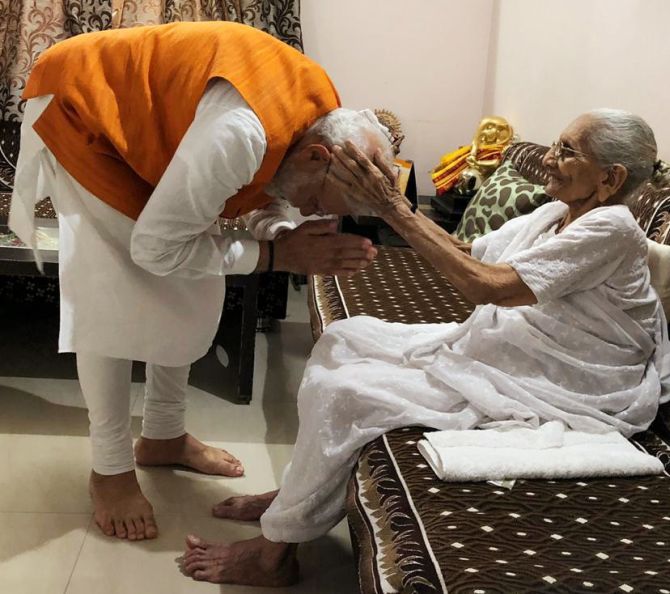 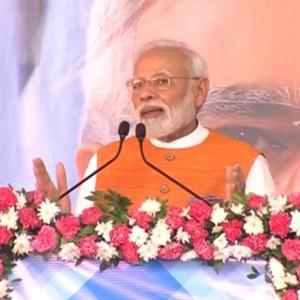 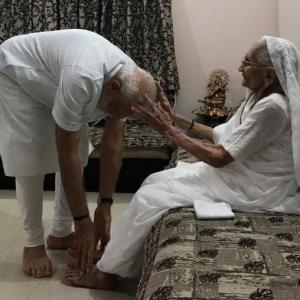