Prime Minister Narendra Modi visited his mother Hiraba Modi in Gandhinagar on Sunday evening and sought her blessings after his massive electoral victory in the recently-conducted Lok Sabha polls. 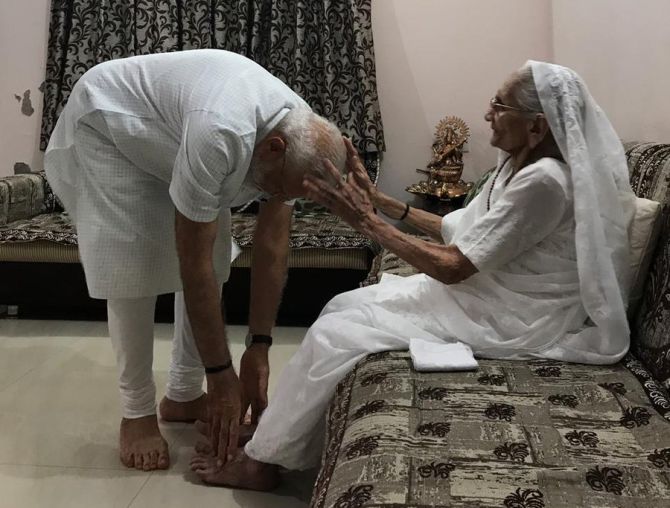 This was prime minister's first visit to his home state after Bharatiya Janata Party's victory.

After garlanding the statue of Sardar Vallabhbhai Patel near the airport, Modi drove to the city in a car with BJP president Amit Shah and Gujarat chief minister Vijay Rupani.

Thousands of people lined the roads to greet him.

Modi and Shah were felicitated at the BJP office in Ahemdabad in the evening. 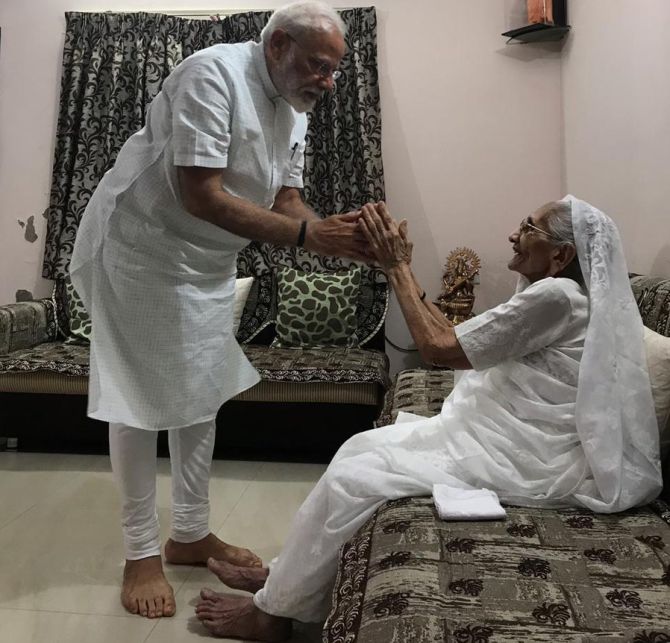 Addressing the workers, Modi said the next five years will be the time to regain the rightful position of India in the world order.

The function was kept simple and shorn of pomp because of the Surat fire tragedy.

"Next five years will be very important in the history of the country, as was the period between 1942 to 1947," Modi said addressing a huge gathering. 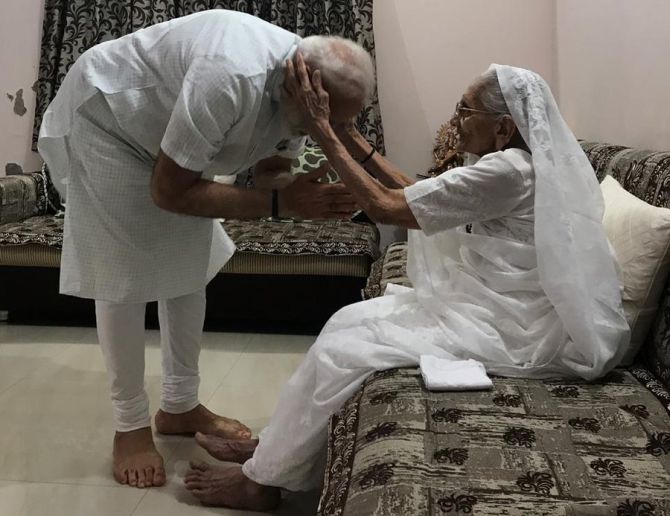 "Till yesterday, I was in two minds whether to go for this felicitation function or not as on one hand, there was 'kartvya' (duty) and on the other hand, there was 'karuna' (compassion) for those who died in Surat. No amount of words can reduce the grief of the families who have lost their
children in that tragedy," he said.

"On the other hand, I had to thank the people of the state and also take blessings of my mother as my duty," the prime minister added. 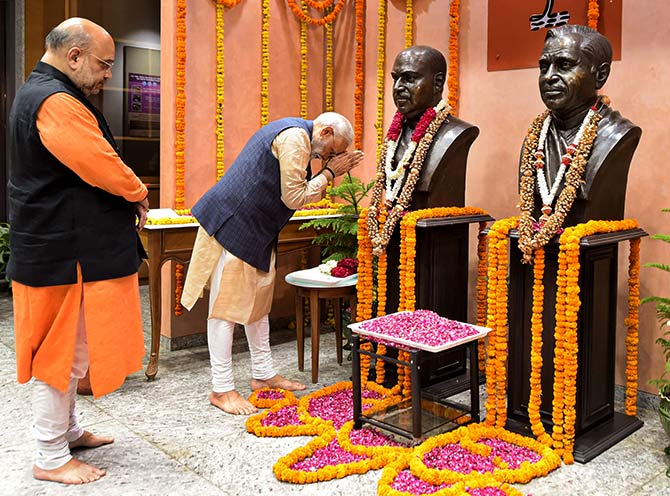