Prime Minister Narendra Modi was on Sunday presented with the keys to the Houston City by its Mayor Sylvester Turner on his arrival at the 'Howdy Modi' mega event at the NRG stadium. 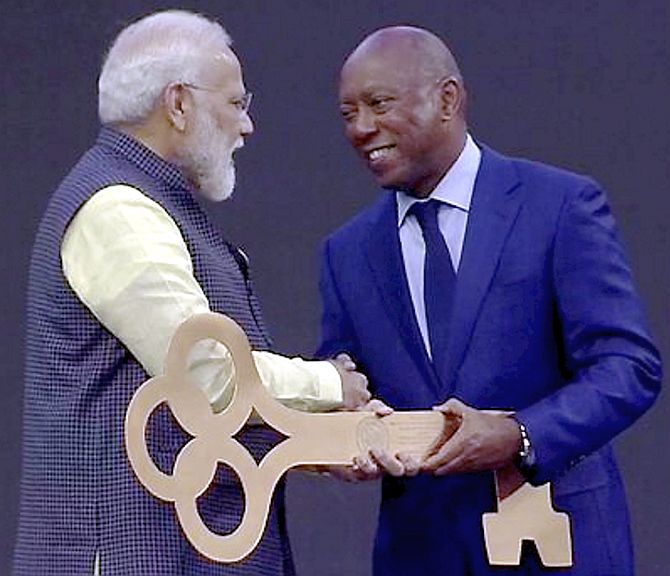 After welcoming Modi at the event, Turner handed over the oversized keys to the city of Houston to him.

Prime Minister Narendra Modi was accorded a rousing welcome on Sunday when he arrived at the crowded NRG stadium to address the Indian-American community along with US President Donald Trump.

Modi entered on the stage with folded hands. He bowed before the audience, thanking them for such an amazing welcome. At the start of the event, Turner told the crowd that Houston is the most diverse city in the county.

Welcoming Prime Minister Modi, Houston Mayor Sylvester Turner highlighted the significance of the event and said that Indians have been a key figure in the development of his city.

Turner told the crowd that Houston is the most diverse city in the county. 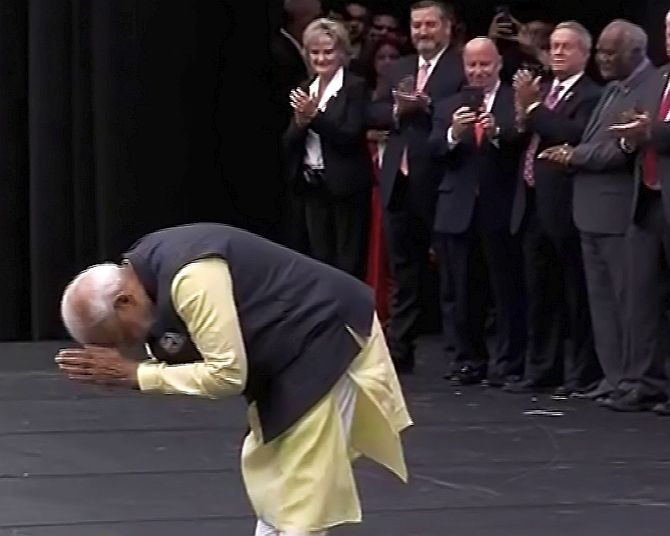 "In Houston, we say howdy in more than 140 languages," Turner said, "and this morning we are saying howdy to Modi!"

About two dozen governors and members of the US Congress are also attending the event.

Democrat Steny Hoyer welcomed Prime Minister Modi and invoked Mahatma Gandhi and former prime minister Jawaharlal Nehru in his speech. He said both Indians and Americans have the same purpose, growing the partnership between the two countries. 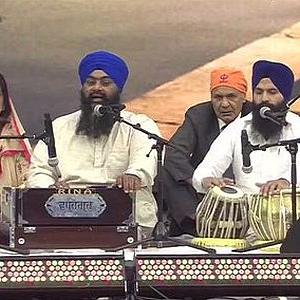 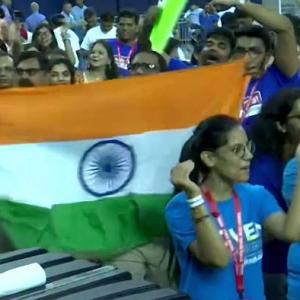