Back at the helm as Maharashtra chief minister following a dramatic turn of events, Devendra Fadnavis on Saturday said the Bharatiya Janata Party will provide a strong government which will work for farmers. 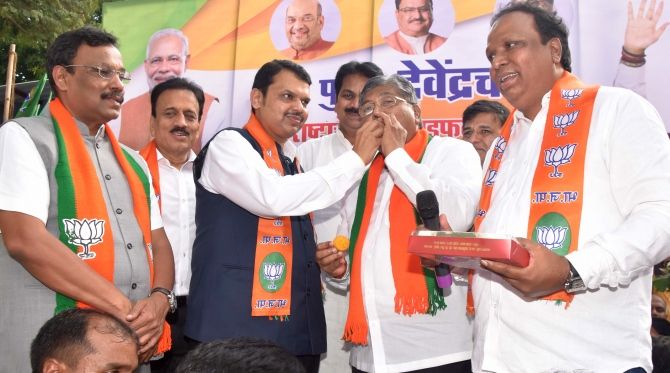 In a surprise development, the BJP turned the tables on the prospective Congress-Nationalist Congress Party-Shiv Sena alliance by taking oath as the CM, after NCP's Ajit Pawar staged a early morning coup and joined hands with the BJP. 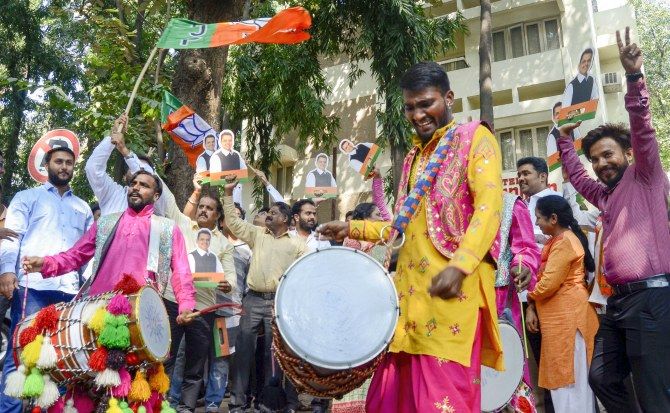 Fadnavis thanked Ajit, MLAs, and Independent legislators for their support.

"It is true that some friends are not with us anymore," he said apparently referring to the Shiv Sena, which fell out with the BJP after assembly poll results over its demand for a rotational chief ministership. 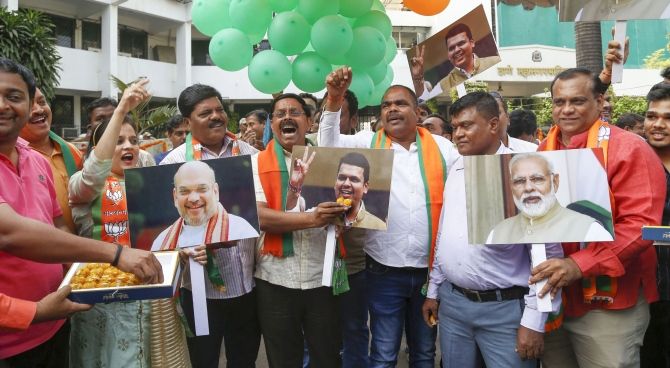 Ajit's coup came two days after Sharad Pawar said a consensus had emerged between his party and the Congress on Uddhav Thackeray as the next chief minister of the state. 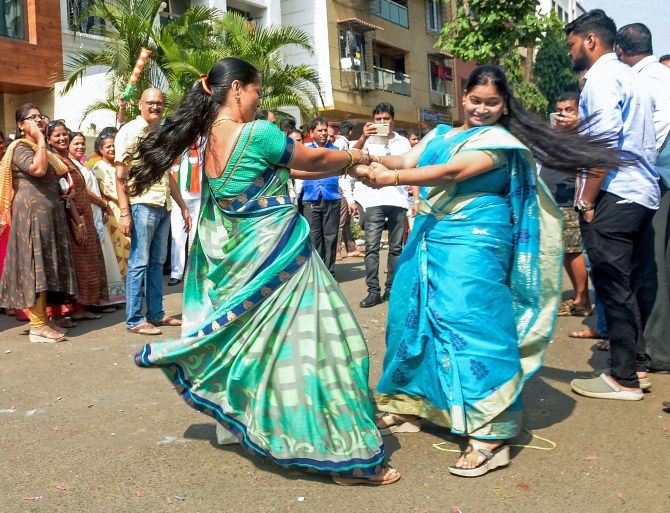 IMAGE: BJP workers dance to celebrate the swearing-in of Fadnavis. Photograph: PTI Photo
Source: PTI© Copyright 2021 PTI. All rights reserved. Republication or redistribution of PTI content, including by framing or similar means, is expressly prohibited without the prior written consent.
SHARE THIS STORY
Print this article 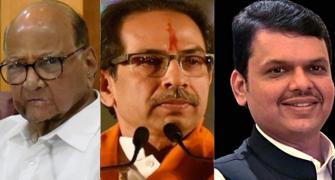 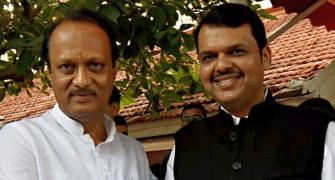 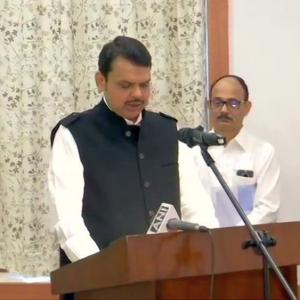