At least 21 people, including nine women, were killed when a speeding state transport bus collided with an auto-rickshaw, causing both the vehicles to fall into a roadside well in Maharashtra's Nashik district on Tuesday, police said.

More than 18 people also suffered injuries in the accident which took place at around 4 pm at Meshi Phata on the Malegaon-Deola Road in the North Maharashtra district, around 200 km from Mumbai, an official said.

The deceased included passengers travelling in both vehicles, he said, adding that the bus driver also lost his life in the crash.

Nine women and a seven-year-old girl were among the deceased, the official said.

The impact of the collision was so severe that the bus dragged the auto-rickshaw along with it and both the vehicles fell into a roadside well, the official said.

The state government has announced Rs 10 lakh compensation each to the kin of the deceased.

"At least 21 bodies have been pulled out of the well and injured are being treated at state-run hospitals," Arti Singh, Superintendent of Police, Nashik Rural, told PTI. 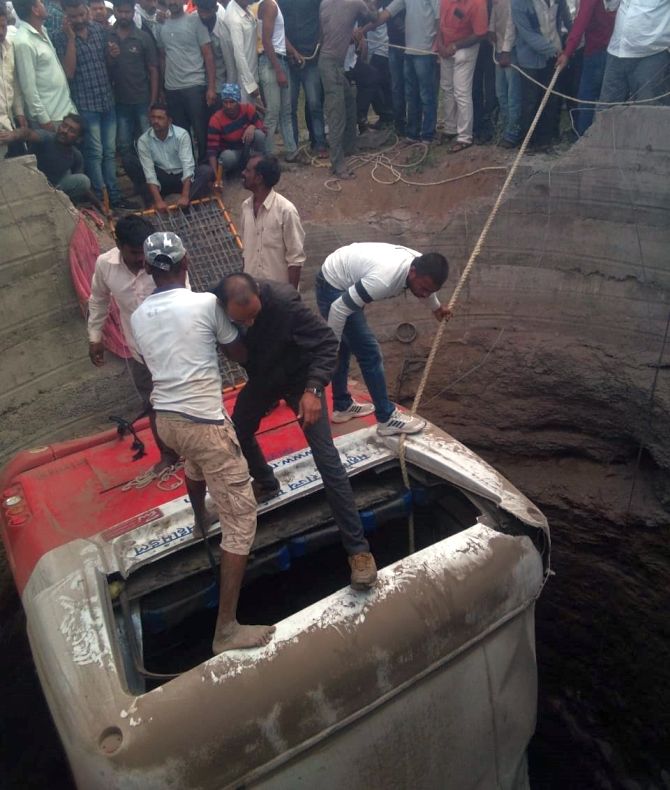 "We are drawing out water from the well with the help of pumps to check if more passengers are still stuck in the mud," she said.

The Maharashtra State Road Transport Corporation (MSRTC)-run bus was on its way to Kalwan town in Nashik from the adjoining Dhule district, while the auto-rickshaw was coming from the opposite direction, another official said.

A rescue operation with the help of police, fire brigade and local teams was on at the crash site, he said.

Both the vehicles have been pulled out of the water body, police said.

Meanwhile, the MSRTC, in a release late in the evening, said the bus driver was prima facie responsible for the devastating crash.

"It seems the bus driver, P S Bachhav, from Kalwan depot, was prima facie responsible for the accident, said the release. 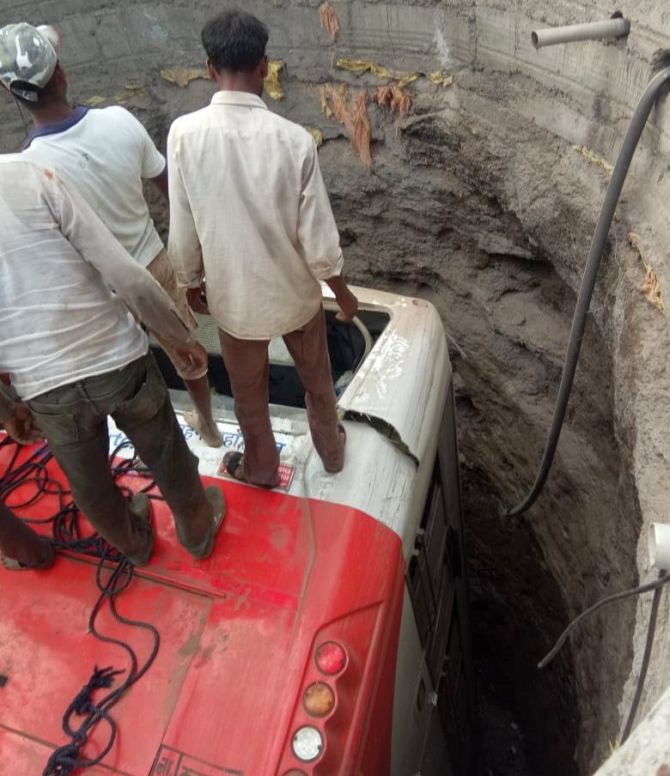 Chief Minister Uddhav Thackeray has directed the administration to provide all possible help to the people injured in the accident, the state's Directorate General of Information and Public Relations said in a late night tweet.

Thackeray has also asked the administration to take help of the National Disaster Response Force to speed up the rescue operation, according to another tweet.

Transport Minister and MSRTC chairman Anil Parab termed the accident as unfortunate and announced Rs 10 lakh compensation each to the kin of the deceased.

He said the MSRTC will bear the entire cost of treatment of the injured people. 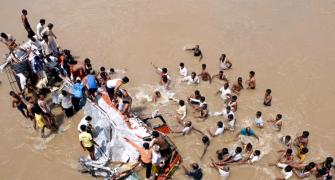 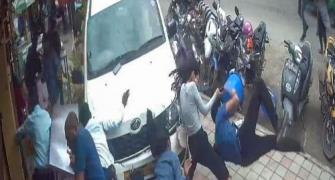