A car driven by a man, allegedly in an inebriated state, ploughed through pedestrians at the HSR Layout in Bengaluru leaving seven injured, police said on Monday.

All the injured are out of danger, according to a police officer investigating the matter.

Police said Rajendran, who worked for a travel agency, lost control over his vehicle and drove onto the footpath in front of a hotel where people were standing on Sunday afternoon.

The incident was captured by CCTV, footage of which went viral after the incident.

The video clip showed unsuspecting people standing on the pavement when all of a sudden the car mows them down after crashing into two-wheelers parked on the road.

Police sources said the driver was thrashed by passers-by who handed him over to police.

A case of drunk driving as well as rash and negligent driving was registered against Rajendran. 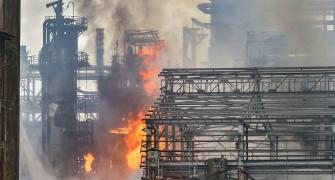 How crash-worthy is your India-made car?