The weather department on Wednesday issued a rain 'red alert' warning for Mumbai and adjoining areas and asked the authorities to be prepared to handle any situation.

Of the 150 weather stations in the Mumbai Metropolitan Region (MMR), around 100 recorded over 200 mm rainfall in the last 24 hours, the India Meteorological Department (IMD) said.

Here's a glimpse of how the incessant rainfall paralysed life in the maximum city. IMAGE: A man crosses a flooded road as traffic moves slowly over a flyover at Hindamata in Mumbai. Photograph: PTI Photo IMAGE: A man pushes his auto-rickshaw at a water-logged road in Mumbai. Photograph: ANI Photo IMAGE: The rail services were impacted since late Wednesday morning due to the torrential downpour, leaving scores of commuters stranded and unable to get back home. Photograph: PTI Photo 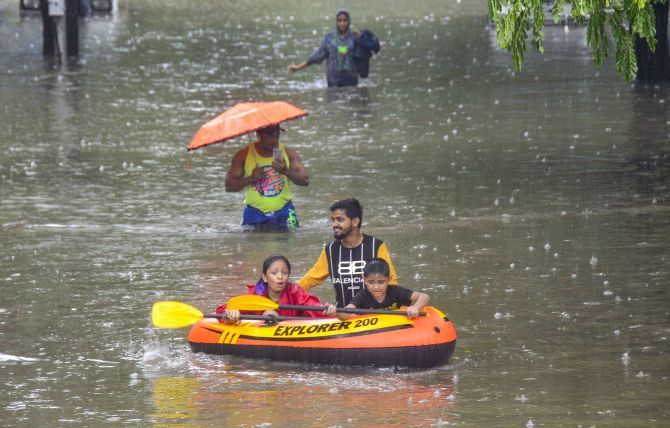 IMAGE: People commute through a waterlogged street on foot and via inflatable boat. Photograph: PTI Photo IMAGE: Commuters walk on flooded tracks as there were no train services on several routes. Photograph: PTI Photo 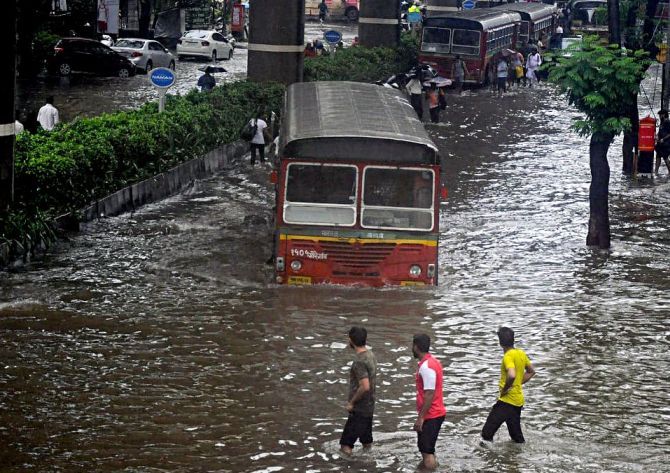 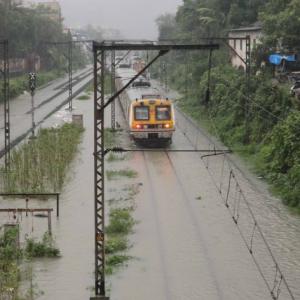