IAF's 'Bahadur' MiG 27 to fly one last time on Friday

The MiG-27, which proved to be an "ace attacker" during the 1999 Kargil War, will roar through the skies for one last time on Friday after serving the Indian Air Force for over three decades. 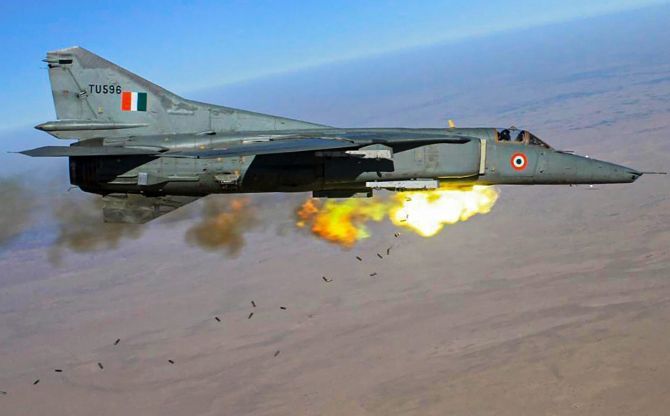 The swing-wing fighter has been the backbone of ground-attack fleet of the Air Force for several decades and the IAF will bid adieu to its squadron of seven aircraft from Jodhpur Air Base, officials said.

"The upgraded variant of this last swing-wing fleet has been the pride of IAF strike fleet since 2006. All other variants, such as MiG-23 BN and MiG-23 MF and the pure MiG-27 have already retired from IAF," the defence ministry said on Thursday.

"The fleet earned its glory in the historic Kargil conflict when it delivered rockets and bombs with accuracy on enemy positions. The fleet also took active part in Operation Parakram," the ministry said.

The Number 29 Squadron is the only unit in the IAF operating the MiG-27 upgrades, it said in a statement.

The upgraded version, because of its survivability, has participated in numerous national and international exercises. 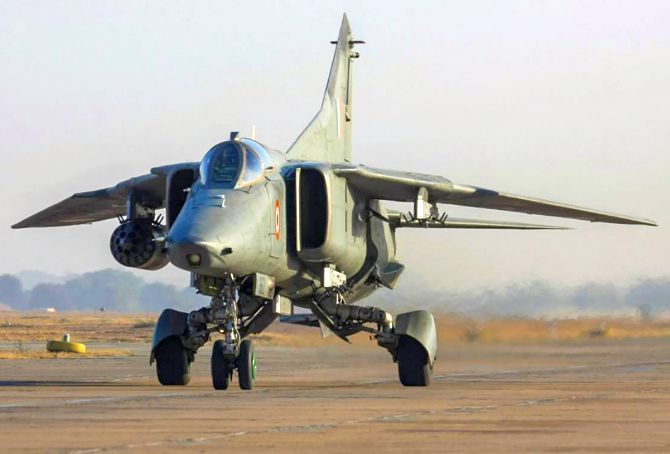 The squadron was raised on March 10, 1958, at Air Force Station Halwara with Ouragan (Toofani) aircraft.

The squadron is now slated to be number plated on March 31, 2020, with December 27 being its last flying day, thereby making the swing-wing fleet a part of IAF's glorious history.

Various functions have been planned for the de-induction ceremony at Air Force Station, Jodhpur. 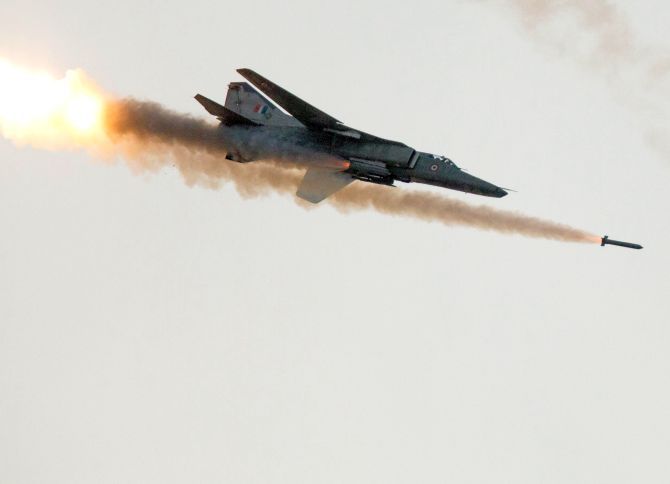 The IAF also tweeted about MiG-27's last sortie on Friday.

"#AdieuMiG27 Indian Air Force bids farewell to the mighty MiG-27 tomorrow. The aircraft will be decommissioned in a grand ceremony to be held at Air Force Station Jodhpur on 27 Dec 19.

"This formidable ground attack fighter aircraft has served the Nation for over three decades. Inducted in 1985, MiG-27 has been the mainstay of IAF's ground attack capability. It has participated in all major #IAF operations and has played a stellar role in the 1999 Kargil War," the IAF said in a series of tweets. The lethal aircraft, for their role during the 1999 Kargil War, earned the moniker 'Bahadur' from IAF pilots.