Four states and one Union Territory -- West Bengal, Assam, Kerala, Tamil Nadu and Puducherry -- voted on one of the busiest days in the ongoing assembly elections on Tuesday.

While for West Bengal, the day marks the third in an eight-phase election, in Assam it is the third and final phase of voting.

Kerala, Tamil Nadu and Puducherry are witnessing a single-phase polling.

Among the long queues of voters, there were some famous faces too who exercised their franchise. IMAGE: Actor Ajith Kumar and his wife Shalini arrive at a polling booth to cast their votes for the state assembly election, in Chennai. As a fan tried repeatedly to click selfies on his mobile, Kumar quietly snatched his phone and gestured him and others to disperse. Later, the actor returned the phone to his fan. Photograph: ANI Photo 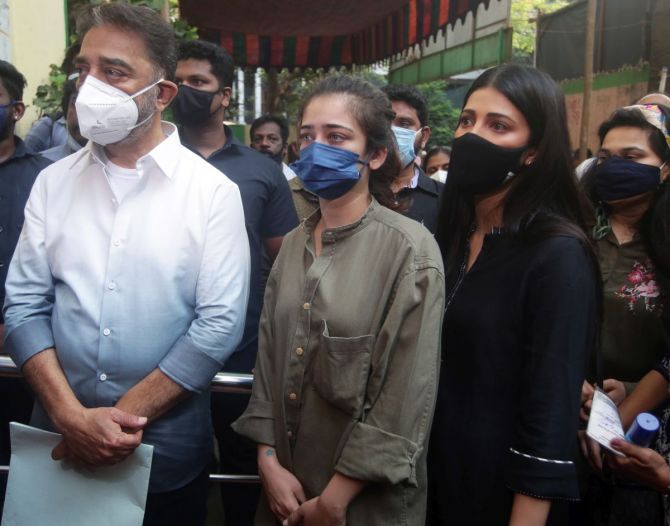 IMAGE: MMM chief Kamal Haasan, along with his daughters Shruti Haasan and Akshara Haasan, stands in a queue to cast vote during the assembly elections at Chennai High School, Teynampet in Chennai on Tuesday. Photograph: Anantha Krishnan/ANI Photo 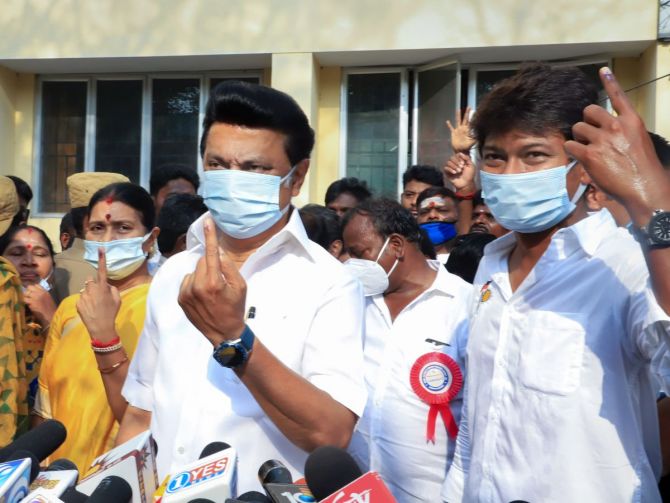 IMAGE: DMK president M K Stalin with his son Udhayanidhi and other family members interacts with the media after casting his vote for the Tamil Nadu assembly polls, in Chennai, on Tuesday. Photograph: R Senthil Kumar/PTI Photo 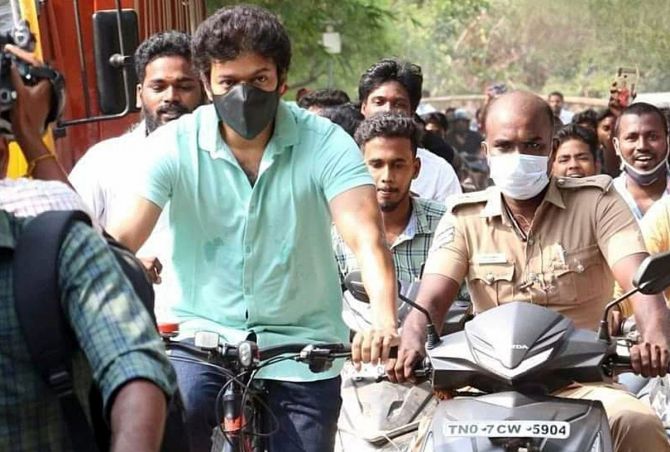 IMAGE: Actor Vijay rides a bicycle to the polling booth as he arrives to cast his vote during the assembly elections in Chennai. The actor picking a bicycle to go to the booth to vote led to speculation in social media. Several netizens said it was a 'subtle' sign of opposition to rise in fuel prices while his publicist said it was only due to parking problems in the vicinity and nothing else. Photograph: ANI Photo 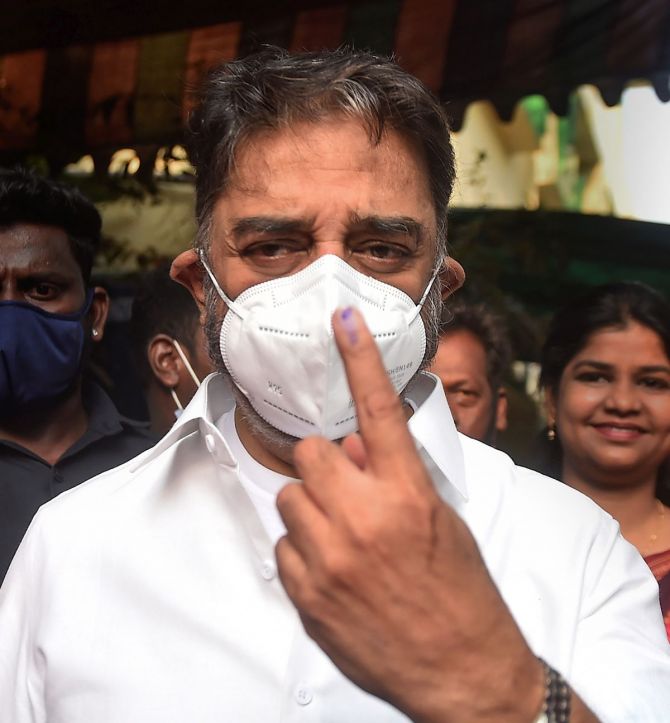 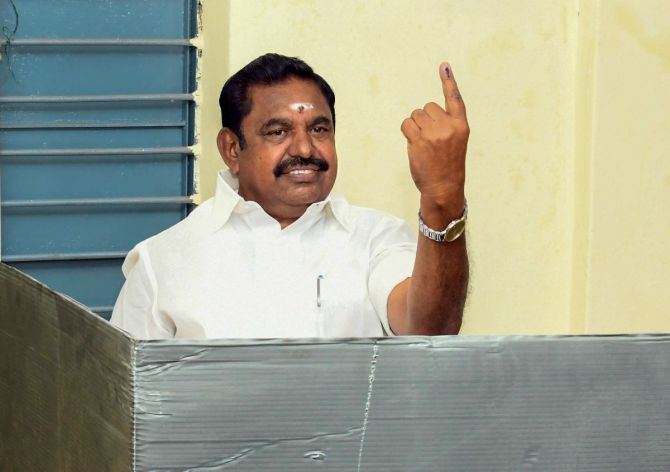 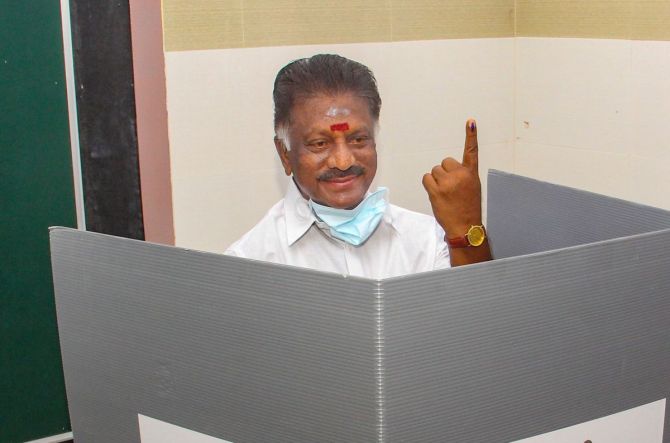 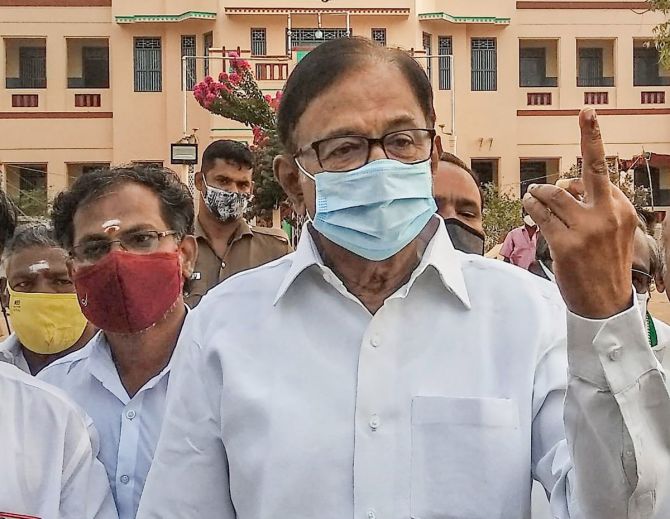 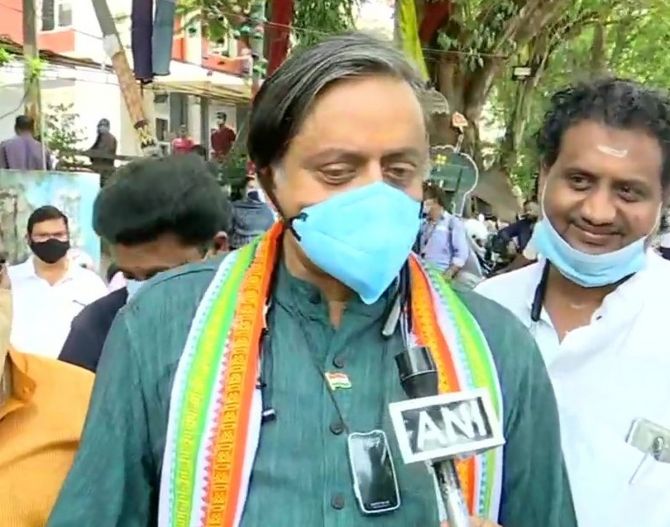 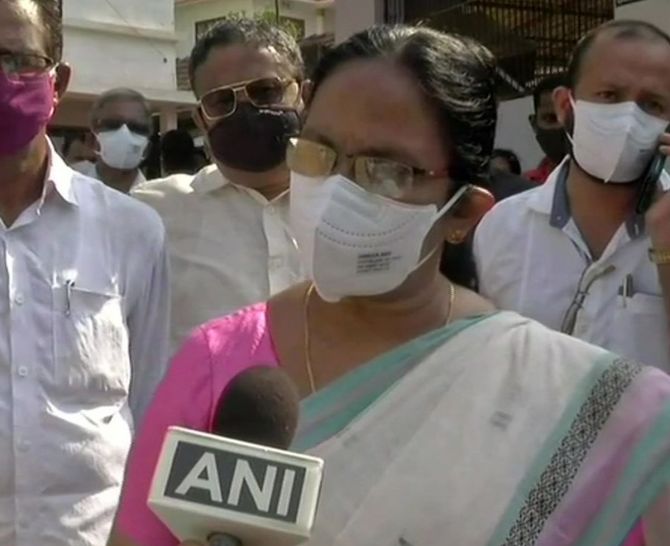 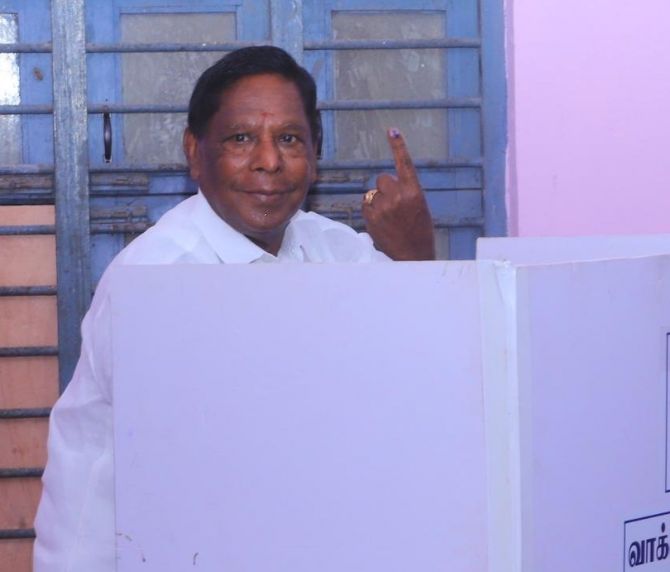 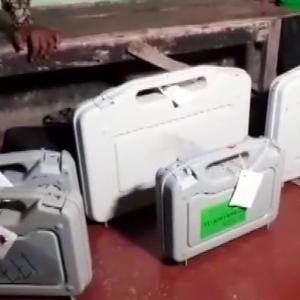 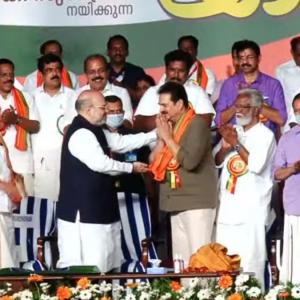