News
Business
Movies
Sports
Cricket
Get Ahead
Money Tips
Shopping
Sign in  |  Create a Rediffmail account
Rediff.com  » News » 'It will take more than 30 years for the BJP to come to power in Kerala'

'If you want to really grow, it has to be geometric progression like it happened at the Centre or Haryana or Tripura, where you made a quantum jump.'
'This is possible in Kerala provided we present a better alternative with a great leadership, but the current leadership is busy fixing each other.' 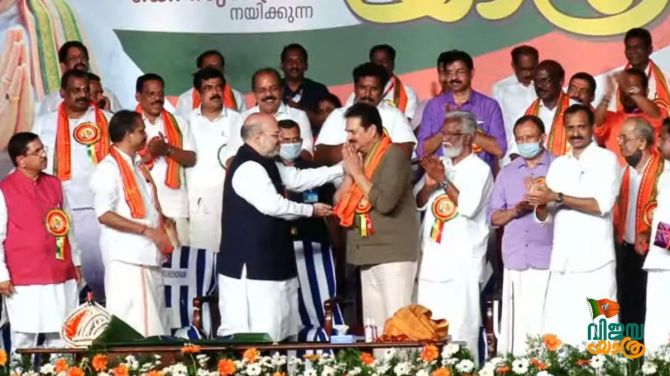 Economist Dr R Balashankar, a Delhi-based member of the Bharatiya Janata Party, created a storm in Kerala when he alleged that there was an understanding between the ruling Left Democratic Front and the state BJP in three constituencies in Central Travancore, and that was the reason why he was denied a ticket from his hometown, Chengannur.

Dr Balashankar, a Rashtriya Swayamsevak Sangh ideologue and a former editor of the RSS weekly Organiser, is currently the national co-convener of former BJP president Amit Anilchandra Shah's project, Training the Cadre programme, and also the co-convener of the party's publication wing.

"There are people in each ward (in Kerala) who have benefitted from Narendra Modi's welfare schemes. But the state (BJP) leadership has not explained this properly to the public when the people are fed up with both the LDF and the UDF. They (BJP leaders) are busy fighting," Dr Balashankar tells Rediff.com's Shobha Warrier.

What I said was in the context of the Chengannur constituency, and not about the entire state. I do not want to comment on state politics as my experience is limited to this constituency.

I wanted to contest from Chengannur as this is my native place and I lived here till the age of 21. My family still is in Chengannur and there are at least 10,000 people here who are connected to my family as relatives and friends.

You said you had been in Delhi all these years. Why did you now want to contest the assembly election?

My idea was to win a seat for the BJP.

The BJP has been trying to have its roots in Kerala for the last five decades, but it has not been successful so far. That was because of the geographical, ideological and leadership limitations.

I felt Travancore is an important area for the BJP to start with as it has a very good track record and a better chance. In Malabar, it is almost stagnant.

You said unless the BJP managed the Nair, Ezhava and Christian communities to vote for the party, it would not be able to come to power...

Yes, it is needed in the context of the Travancore region. And I have the support of the NSS, SNDP and the Christian communities.

In Chengannur, I have a very good rapport with the NSS (Nair Service Society) and their vote share is 25%. Remember the NSS does not support the BJP, but they will support me if I am the candidate.

After I helped in preserving a very old church, I had the support of the Christian community also.

Out of the 3 lakh voters in Chengannur, the Muslims constitute only 10,000.

You mean, if you had stood as a candidate, you would have the support of all these communities and you had a high chance of winning?

I had the declared support of 70% of the population there.

When the BJP is trying get a couple of seats in Kerala, why is it that the state leadership was not convinced about your candidature?

It is a conspiracy. They did not want a person like me to contest and win from here.

Is it because you came from Delhi? 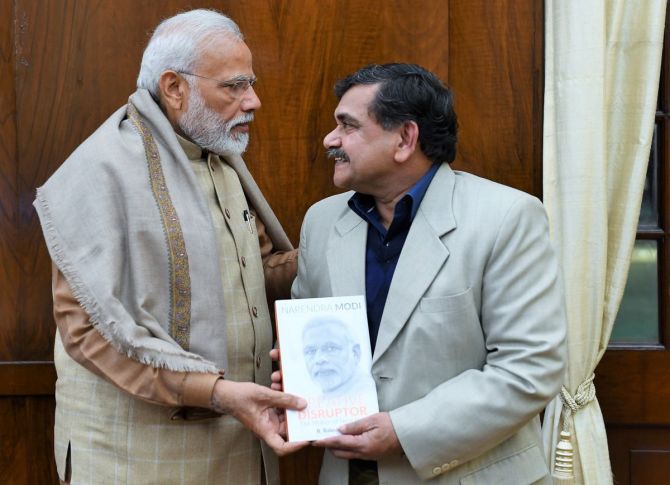 By different political culture, do you mean groupism? We have been hearing for several years that the BJP was not growing in the state because there are more groups and leaders here than workers..

Yes, groupism. But there is no groupism among the workers. There is groupism only at the leadership level.

These leaders claim they have the support and fight only for their position and not for the success of the party.

In all the ratings, Narendra Modi had a popularity rating of 44% in Kerala. It means he is very popular in Kerala.

There are people in each ward who have benefitted from Narendra Modi's welfare schemes. But the state leadership has not explained this properly to the public when the people are fed up with both the LDF and the UDF. They are busy fighting.

I spoke to all the senior leaders in Delhi, got their consent and only after that, I came here. Nobody stopped me from coming to Kerala.

After coming here, I spoke to the RSS leaders and also the BJP leaders. Only after that, I started my work in Chengannur.

Though I had created a momentum in the constituency, my name was not there in the list of candidates. The criterion to choose a candidate should be the winnability of the candidate.

You said there was a tacit understanding between the LDF and the BJP?

The understanding I am talking about is at the local level. I said that about the Chengannur constituency and not about the entire state.

The BJP has 40 A class constituencies in the state, and they include Chengannur and adjacent Aranmula and Konni.

Konni is the constituency from where K Surendran (the state BJP president) is contesting...

Yes. In all the three constituencies, the CPM has sitting MLAs. In Chengannur and Aranmula, the BJP has put up very weak candidates.

You mean, the BJP wants to indirectly help the LDF so that the LDF will help K Surendran win Konni?

It is quite obvious for any political observer, anyone who has the elementary knowledge of Kerala politics.

It is very clear that you have three winnable seats, and you are putting up weak candidates in two of them and a strong candidate in one. So, it is a matter of inference.

K Surendran is contesting the election in two constituencies which are far apart; one in Central Travancore and the other in Malabar...

He was placed third in the bypoll in Konni. Why is he contesting again from there? The second constituency is in Malappuram district, quite far from Konni which is in Pathanamthitta district.

People are not fools; no leader can fool them. 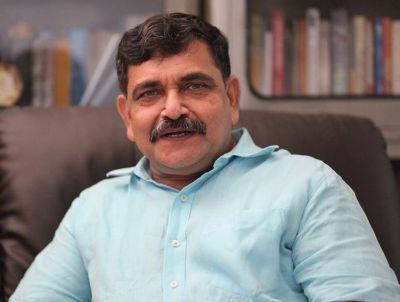 The opinion polls also give only 0-2 seats for the BJP in this election. How long do you think it will take for the BJP to make a mark in Kerala?

There are two types of growth according to me; one is arithmetic progression and the other is geometric progression. Till now, the BJP has been growing arithmetically.

The way things are, it will take more than 30 years for the BJP to come to power in Kerala

If you want to really grow, it has to be geometric progression like it happened at the Centre or Haryana or Tripura, where you made a quantum jump.

This is possible in Kerala provided we present a better alternative with a great leadership, but the current leadership is busy fixing each other.

Did you express your opinion about what is happening in the state to the central leadership?

I have not spoken to anyone personally so far, but I will definitely write a letter in detail after I go back to Delhi. 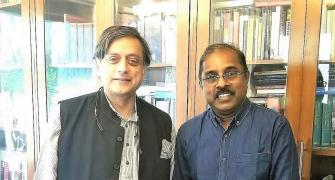 Doc who returned from US to fight his first election 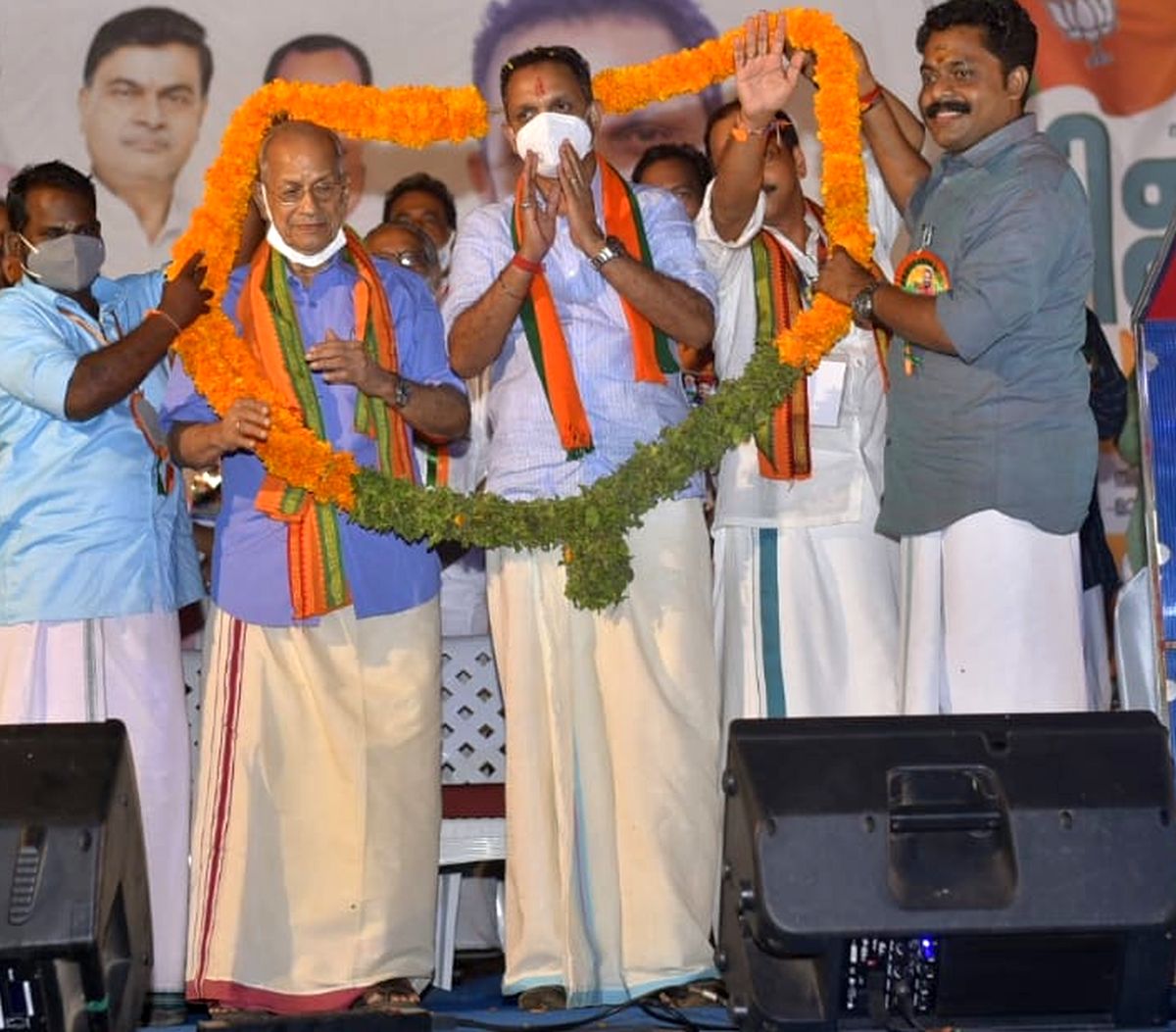 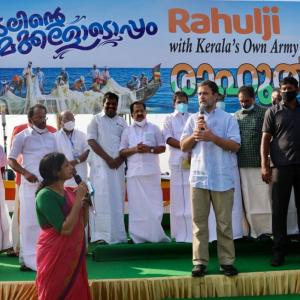