Twenty days on, life has settled into a routine for protesting farmers who are devising ways to crack the code of living through an agitation with no immediate end in sight. 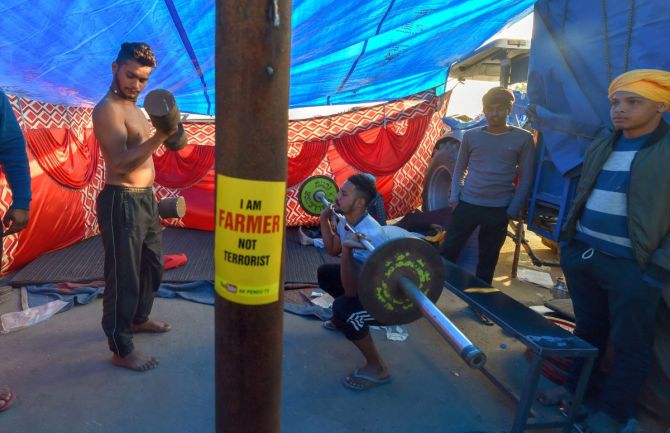 Twenty days on, life has settled into a routine for protesting farmers who are devising ways to crack the code of living through an agitation with no immediate end in sight.

When they are not raising slogans demanding a repeal of the new farm laws or listening to speeches, the protesters, mostly from Punjab and Haryana, are familiarising themselves with their new way of life at Delhi's gateways.

Some farmers at Singhu border, ground zero of the snowballing protests against the Centre's new agri laws, have been there from the beginning and some a few days.

The vast protest site on the stretch of road -- the main access point for those coming into Delhi from Punjab -- is almost beginning to feel like home, several of them said.

It's a cross-section of people, young and old, men and women.

Bicchittar Singh, 62, who has been camping at the Delhi-Haryana border since November 27, said he has been attending ‘kirtans' at the protest site every day, in the morning and in the evening.

“After sitting through the 'paath', I usually take a walk for a few kilometres to keep the muscles working in this cold,” he said. 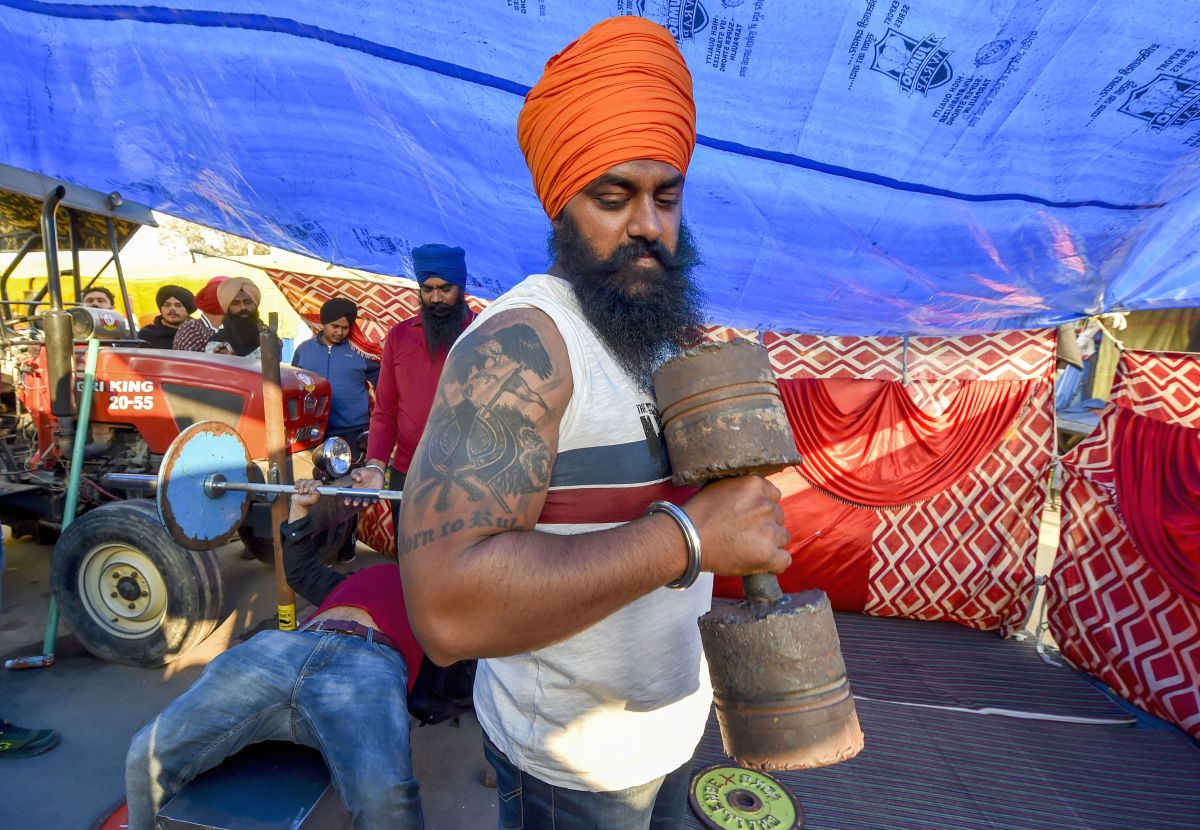 Bicchittar Singh is among the first batch of 32 people who came to the border from Patiala in two trucks and two trolleys towards the beginning of the protest.

They have been sleeping on makeshift beds, mattresses and plastic sheets placed between two trucks.

A tarpaulin sheet over the two trucks provides shade and some relief from the dipping temperatures.

The younger people in the group, like 30-year-old Kulwinder Singh, engage in activities that are physically more demanding to make up for the labour they put in their fields.

“Our exercise used to happen naturally when we worked in our fields. Now that it is not happening any more, I go running every morning, and then do kasrat (exercise).

“For most part of the day, I listen to our leaders' speeches here. In the evening, I am usually on my phone checking news updates about our protest,” Kulwinder Singh said. 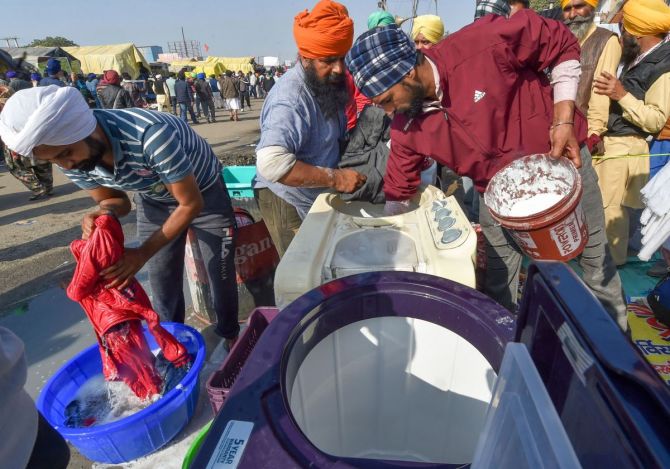 Gurpreet Singh, 22, from Moga in Punjab, has been demonstrating at the Singhu border for the the last eight days.

“If the government thinks we will go back in a few days, it is simply fooling itself. This site has started feeling more like home than our own village. If the government doesn't meet our demands, we might just make our own huts and start living here,” Gurpreet Singh said.

When not protesting actively, he said he spends his time just like he would do back home -- serving food at ‘langars' in the day and attending religious sermons in the evening.

Navjot Singh, 25, has left his entire family behind in his village in Punjab's Sangrur district and spends a considerable amount of time talking to his parents and sister on video calls

“My parents and my little sister are back home and I miss them. Thankfully, the internet here is good, so I have a chat with them every now and then,” Navjot Singh said. 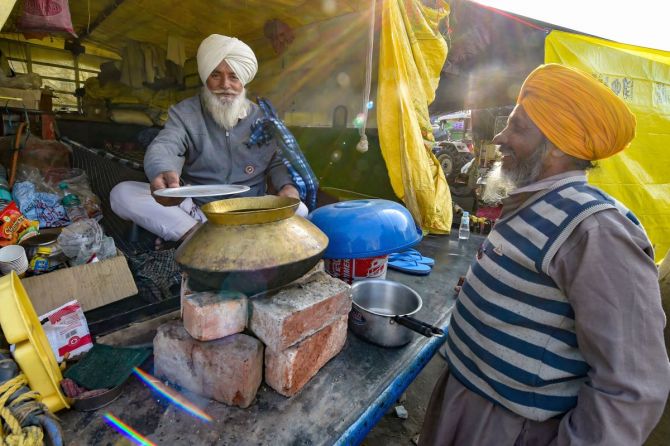 He said he came to Singhu, one of the several border points in the city under siege from protesting farmers, about a week ago and has been staying in a makeshift tent provided by the Delhi Sikh Gurdwara Management Committee.

His co-habitant in the tent is 58-year-old Jaswinder Singh from Amritsar, who spends hours reading the newspaper, cover to cover.

"I am not so good at watching videos on the mobile phone, so I read the Punjabi newspapers that are given to us here as 'sewa'.

"It is important to keep ourselves updated about our agitation and what the government has been saying about us,” Jaswinder Singh said.

On Monday, 33 farmer leaders went on a daylong hunger strike to draw the government's attention to their cause, after five rounds of talks with the government failed to yield results.