England-based anonymous street graffiti artist Banksy has revealed that a mural that appeared overnight on the wall of a house on the bottom of steep street in Bristol is indeed his work. 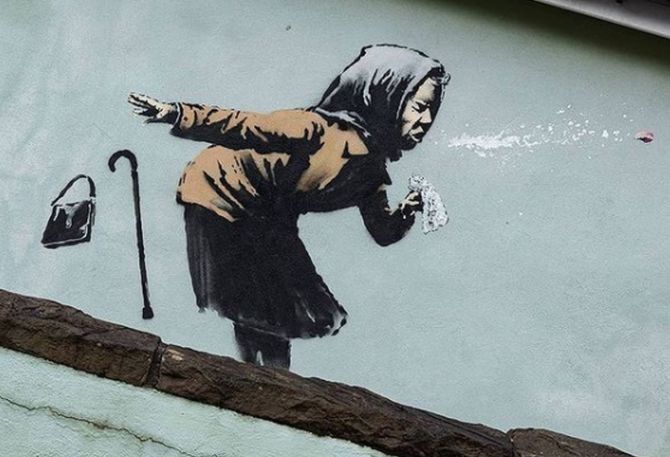 "Aachoo!!" wrote Banksy in his posting on Instagram as well as on his website accompanying the image of the artwork depicting an old woman sneezing with her false teeth flying out. The artist posted three photos of the mural on his Instagram page.

The stencil mural which appeared on the wall of a house in Totterdown depicts elderly woman in a headscarf and without a mask holding a handkerchief as she emits a big sneeze. The artwork shows her walking stick and handbag falling out of her hand and her dentures flying out.

The graffiti artist who hails from Bristol is known for his subversive and satirical pieces of art that are featured on street walls in different cities across the world. People have been suggesting that the sneeze referred to Covid-19.

In the photograph of the mural posted by Banksy, the woman appears to be blowing over a garbage bin and a man's umbrella as she sneezes. 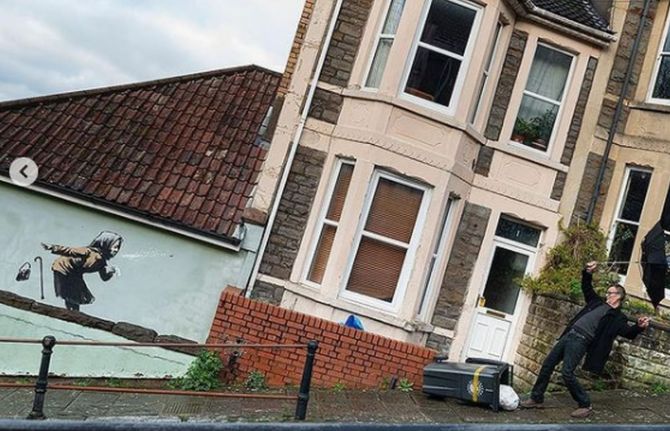 What makes the image more captivating is that it appears on Vale Street, known locally for being the steepest street in England and home to an annual egg-rolling competition. The sneeze appears to knock down the buildings on the uphill climb.

The latest piece of Banksy's artwork has received praise from onlookers and those on social media with many even labelling the artwork as the Sneezing Granny.

"Very #2020 that the new #Banksy in #Totterdown #Bristol has got perspex covering over it protecting it from damage & us from the Sneezing Granny in these #Covid Times! wrote one twitter user.

Local media quoted a resident saying that he put up a clear covering on the Banksy's art to protect it from damage.

Banksy in October had confirmed that a piece of artwork which showed a little girl playing with a hula hoop on a wall in Nottingham was indeed done by him. 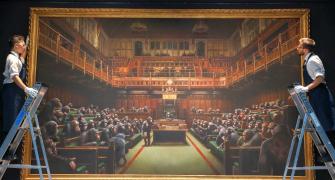 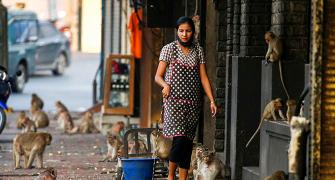 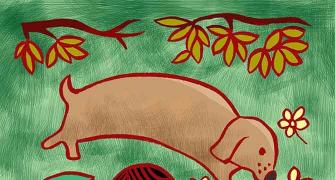 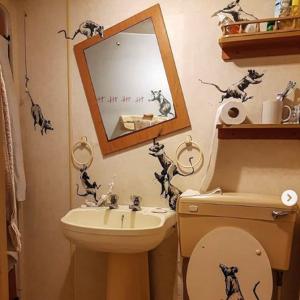 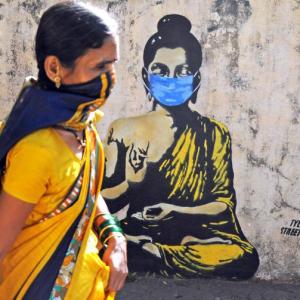