Ayodhya is all set for the fourth Deepotsav on Friday as the administration plans to set a new Guinness World record of lighting 5,51,000 earthen diyas at 28 ghats in the temple town.

Ayodhya's Ram ki Paidi ghat has been decorated with diyas, paintings and rangolis for 'Deepotsav', which will be held from November 11 to 13.

Last year, a Guinness World Record was also made when 4,10,000 earthen lamps were lit up on the banks of the Saryu river.

The Bharatiya Janata Party government started Deepotsav celebrations in Ayodhya when it was voted to power in 2017.

At the under-construction Ram Temple, around 21,000 diyas will be lit on Saturday.

Here are some glimpses of the preparations. 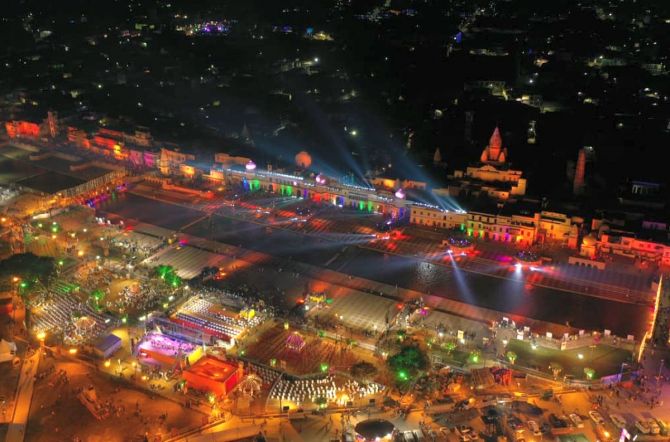 An aerial view of Ram Ki Paudi ahead of the Diwali festival in Ayodhya. On Deepotsav, around 300 temples and maths will be lit up. 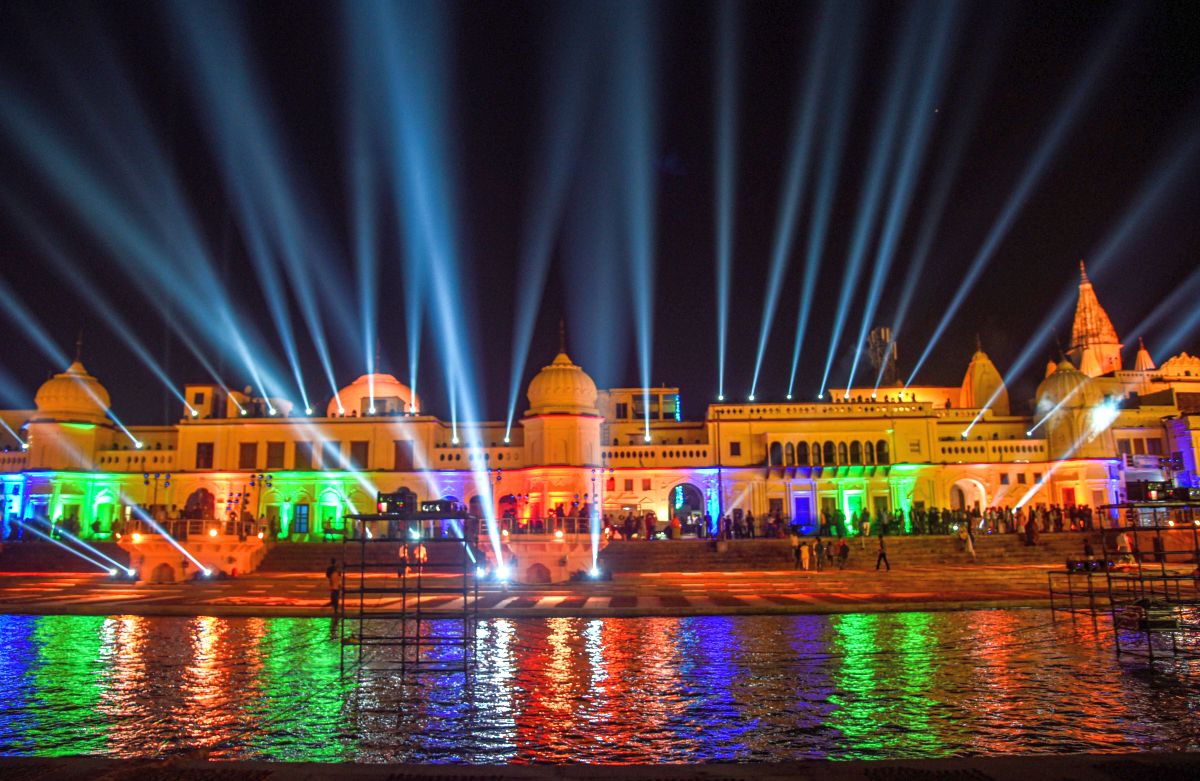 An illuminated Ram Ki Paudi ahead of the Diwali festival in Ayodhya. 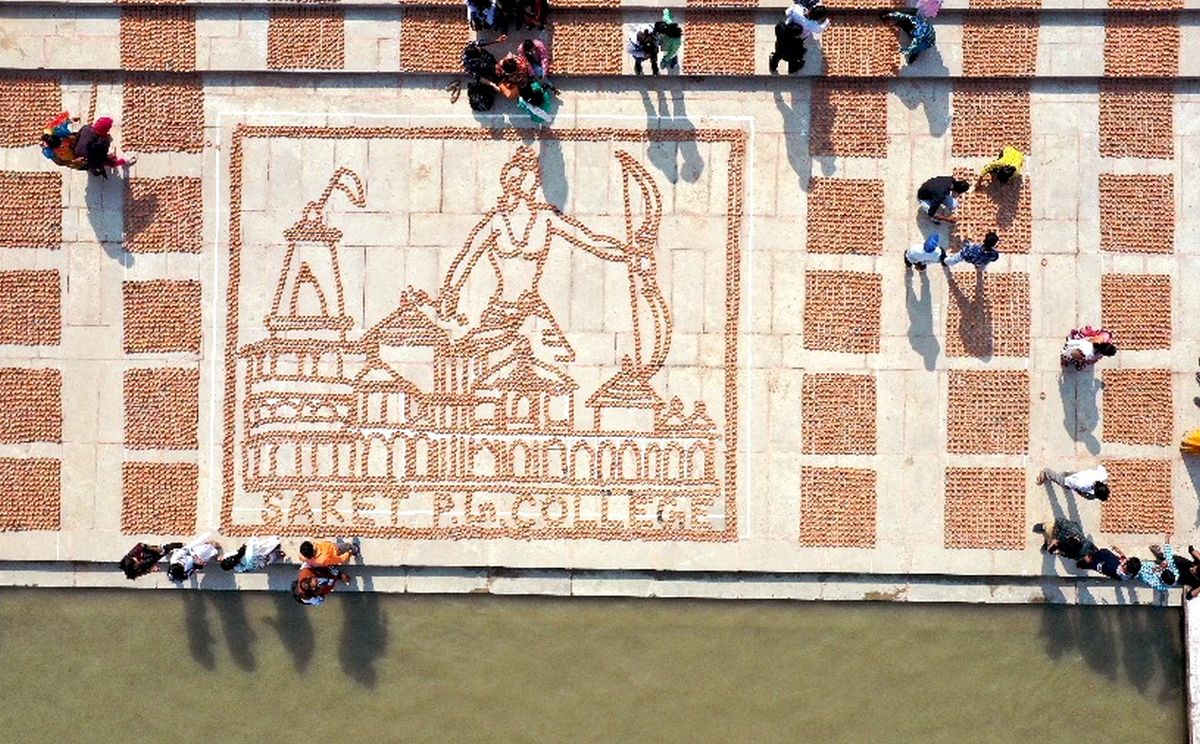 Aerial visuals of preparations that are underway at Ayodhya for 'Deepotsav’. A bulk of diyas will be lit up at the renovated Ram Ki Paidi ghats, where chief minister Yogi Adityanath and governor Anandiben Patel will preside over the event.

WATCH: Ayodhya bathes in glee, lights ahead of 'Deepotsav' 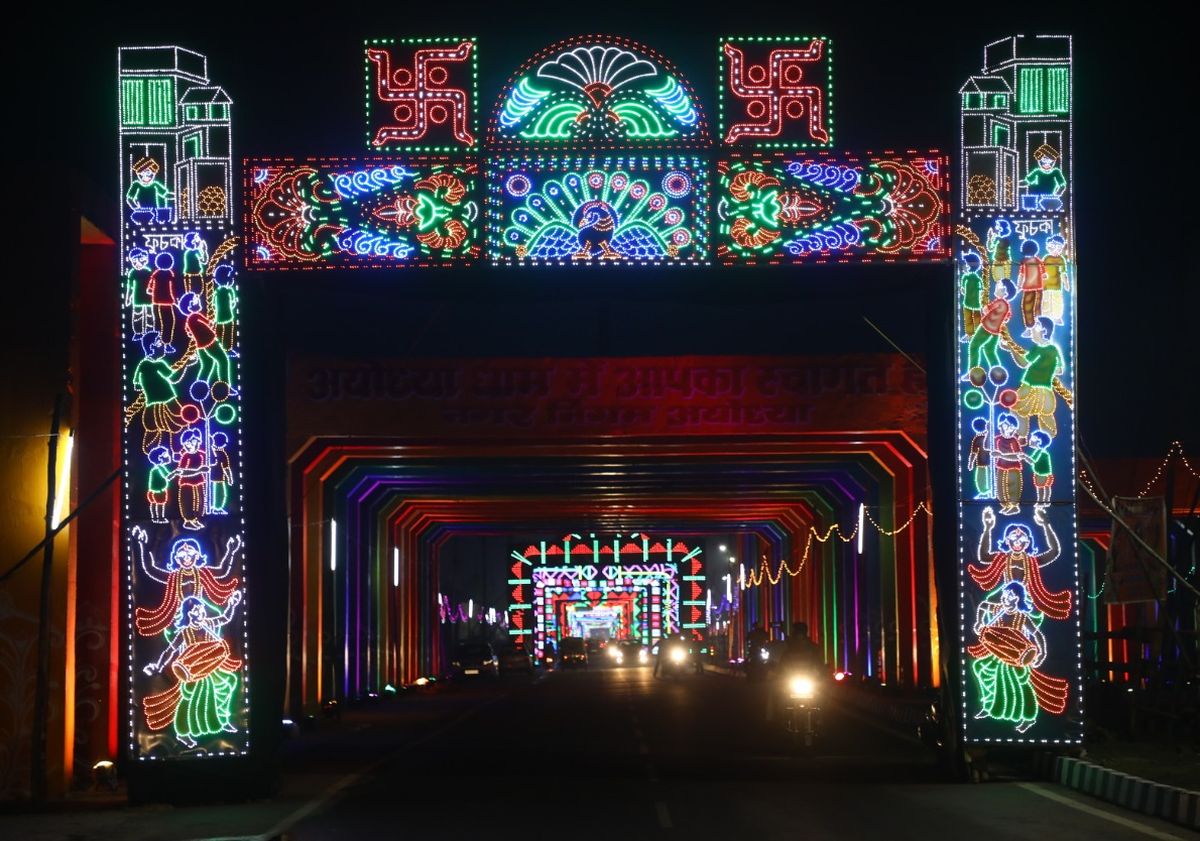 Participation in all public events has been restricted because of the pandemic. The entry of outsiders has also been prohibited. This year's Deepotsav celebration comes after the Supreme Court ruled in favour of Ram Temple construction in the Ayodhya, paving the way for its ground-breaking ceremony.