The chief minister drove the ATV on snow-covered areas and steep inclines on Sunday. He had earlier this month undertook a 122-km journey on a Royal Enfield motorcycle from Yingkiong to Pasighat.

Khandu and Rijiju also joined the army personnel posted on the border and celebrated Diwali with them on Sunday.

Sharing details about the trip, Khandu tweeted videos and photographs of the ATV journey.

"#Offroading near Tibet/China border in #Tawang district. A 107 km ride from #PTSOLake to #Mago, crossing an altitude of 15,600 ft. Enjoy the visual delight of Tawang, Khandu tweeted. 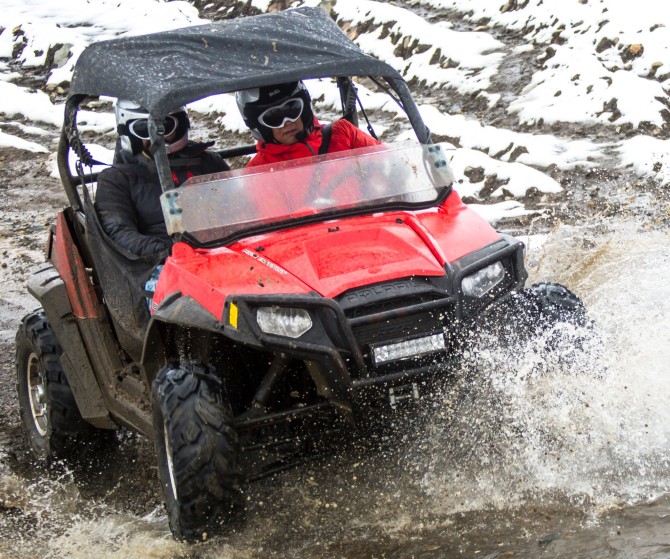 Rijiju complimented Khandu on his skilled driving in a tweet.

"It was very tough driving ATV Polaris crossing above 16,000 feet. But CM of Arunachal Pradesh @PemaKhanduBJP ji drove very fast and beautifully from PT Tso to Mago! I sat with him confidently," Rijiju tweeted.

The duo visited the men of the 18 Kumaon Regiment posted at Tawang and also attended a public meeting in the evening at Mago.

"Border people are the true defender of our country. Despite harsh weather and terrain, their presence in the border has secured our territory. Salute to our Sentinels!" Khandu said in another tweet. Taking part in the local Bharatiya Janata Party units Gandhi Sankalp Yatra, both Khandu and Rijiju walked 18 km in Tawang and later, attended a brief interaction programme with the villagers on Monday.

"Concluding the Gandhi Sankalp Yatra from Mago to Thingbu, attended a brief interaction programme with the villagers along with sports minister @KirenRijiju Ji," he tweeted.

The chief minister said development of the country will be possible only when villages are developed.

The CM also spent time with the Arunachal Scouts.

In a tweet, he wrote, "With Jawans and Officers of the #ArunachalScout at Mago/Thingbu in #Tawang district. This regiment of the #IndianArmy was raised in 2010 to defend Indias border with Tibet/China in Arunachal Pradesh. @adgpi." 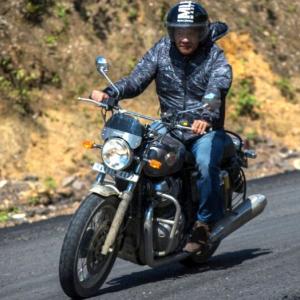 Arunachal CM goes on a bike ride to promote tourism 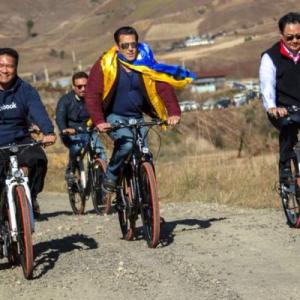