At a time it is engaged in a fierce standoff with China's Peoples Liberation Army in eastern Ladakh, the Indian Army on Wednesday provided food, warm clothes and medical assistance to three Chinese citizens who had lost their way in sub-zero temperatures at an altitude of 17,500 feet in a border area in North Sikkim, officials said. The army personnel deployed in the area also guided the Chinese citizens, including a woman, to return to the Chinese side and reach their destination.

The humanitarian gesture by the army came when it is dealing with an aggressive behaviour by the Chinese troops in eastern Ladakh.

The army, in a statement, said the three Chinese citizens lost their way in the Plateau area of North Sikkim.

"Realising danger to the lives of the Chinese citizens in sub-zero temperatures, the soldiers of Indian Army immediately reached out and provided medical assistance including oxygen, food and warm clothes to protect them from the vagaries of extreme altitude and harsh climatic conditions," the Army said.

It said the Indian troops also gave them appropriate guidance to reach their destination after which they returned. "The Chinese citizens expressed their gratitude to India and the Indian Army for their prompt assistance," the army said.

The Indian and Chinese troops are locked in a bitter border row in eastern Ladakh for the last four months. The tensions had escalated manifold after 20 Indian Army personnel were killed in a fierce clash between the two sides in Galwan Valley on June 15.

The Chinese military is yet to reveal the casualties it suffered in the clash.

Tensions flared up again in the region after China unsuccessfully attempted to occupy Indian territory on the southern bank of Pangong lake around a week back.

Following the attempts, India occupied a number of strategic heights on the southern bank of Pangong lake and strengthened its presence in Finger 2 and Finger 3 areas in the region to thwart any Chinese actions. China has strongly objected to India's move.

Defence ministers of the two countries met on the sidelines of a multilateral meet in Moscow on Friday. 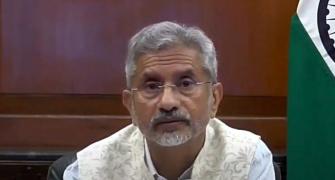 Solution to LAC row has to be found in diplomacy: EAM 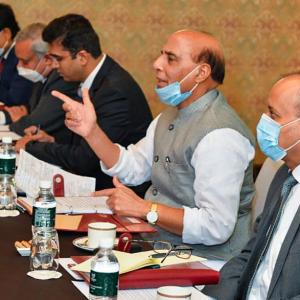 Talks need to go on: Rajnath to Chinese counterpart