The Border Security Force on Thursday said it has foiled the nefarious designs of Pakistan-based terrorists to disrupt the upcoming Amarnath yatra by detecting a cross-border tunnel along the International Border in Jammu and Kashmir's Samba district. 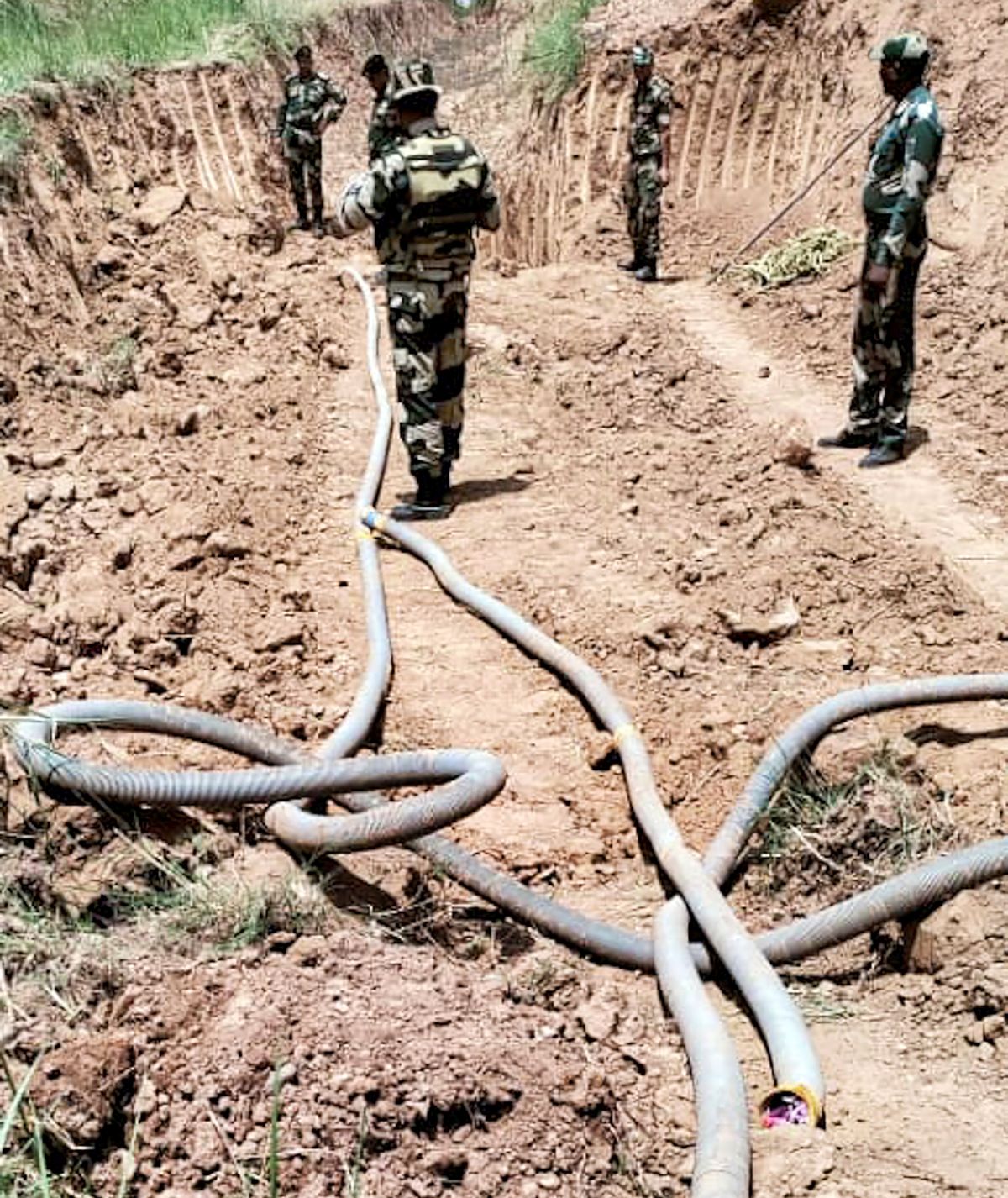 During the ongoing anti-tunneling operation, BSF troops dugout and detected 265-feet-long oxygen pipes along the IB, officials said, adding alert has been sounded in the Jammu region following the discovery.

“There were inputs (of infiltration) during the prime minister's visit. There have always been attempts to engineer infiltration along the border. It was due to the alertness of the BSF that this tunnel was uncovered," Inspector General of BSF, Jammu Frontier, D K Boora told reporters here.

"We got success yesterday at 5.30 pm. We detected a tunnel and it had green sand bags beside it. It was 150 meters long. From inside up to the fence, it measured 100 meters and from there it was 50 meters. We got its opening in a forested area," he said.

Boora said the troops foiled the designs of terrorists to disrupt the upcoming Amarnath yatra to the holy cave shrine in south Kashmir Himalayas.

"It seems that it is a new tunnel. We are trying to investigate its link to the Sunjwan attack as we apprehend that they (terrorists) may have crossed via this tunnel. It is an assumption. We have no evidence -- oral or digital -- so far," he said.

The tunnel was detected in the area of Chak Faquira border outpost (BoP) in samba along the IB on Wednesday evening, the BSF officials said. 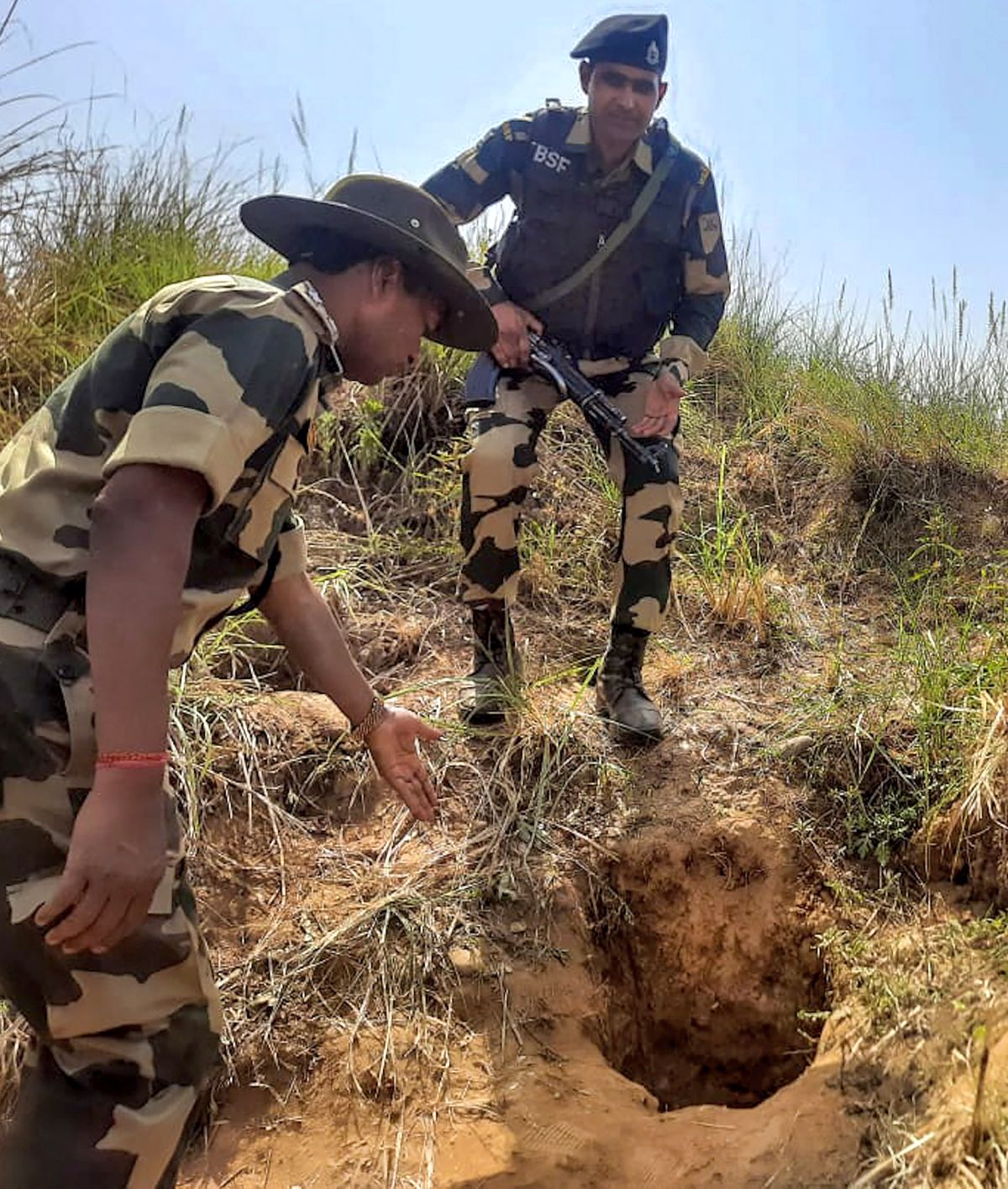 IMAGE: Border Security Force personnel stand near a suspected underground tunnel which was detected near the Indo-Pak international border in the Samba district of Jammu and Kashmir. Photograph: PTI Photo

The operation to uncover any other tunnel is going on in full swing by the troops with the help of machines, they said.

“We have dugout 265-feet-long oxygen pipes from the area used to provide oxygen supply inside the tunnel," the officials said.

The detection of the cross-border tunnel comes nearly a fortnight after security forces gunned down two suicide bombers shortly after they attacked a CISF bus killing an Assistant Sub-inspector in the Sunjwan area of Jammu on April 22.

"With the detection of this tunnel, the BSF Jammu has foiled the nefarious designs of Pakistan-based terrorists to disrupt the upcoming Amarnath yatra," DIG BSF S P S Sandhu said.

Boora lauded the devotion and dedication of the BSF troops and said it is the fifth tunnel detected in less than one and half years' time.

"This shows the evil strategy of the Pakistan establishment to create trouble in India," the BSF IG said.

The BSF has been always at the forefront to safeguard the borders and create a sense of security among the border population, he said.

The force will continue its efforts to detect any other possible tunnel, Boora said.

Sandu said the detection of the tunnel was the result of rigorous and consistent efforts of the BSF troops during a fortnight-long anti-tunneling exercise carried out in the area.

"This tunnel is freshly dugout and is suspected to be about 150-meters-long and originating from the Pakistan side," he said.

The opening of the tunnel is about two feet wide, and so far 21 sand bags have been recovered which were used to strengthen the exit of the tunnel, Sandhu said. 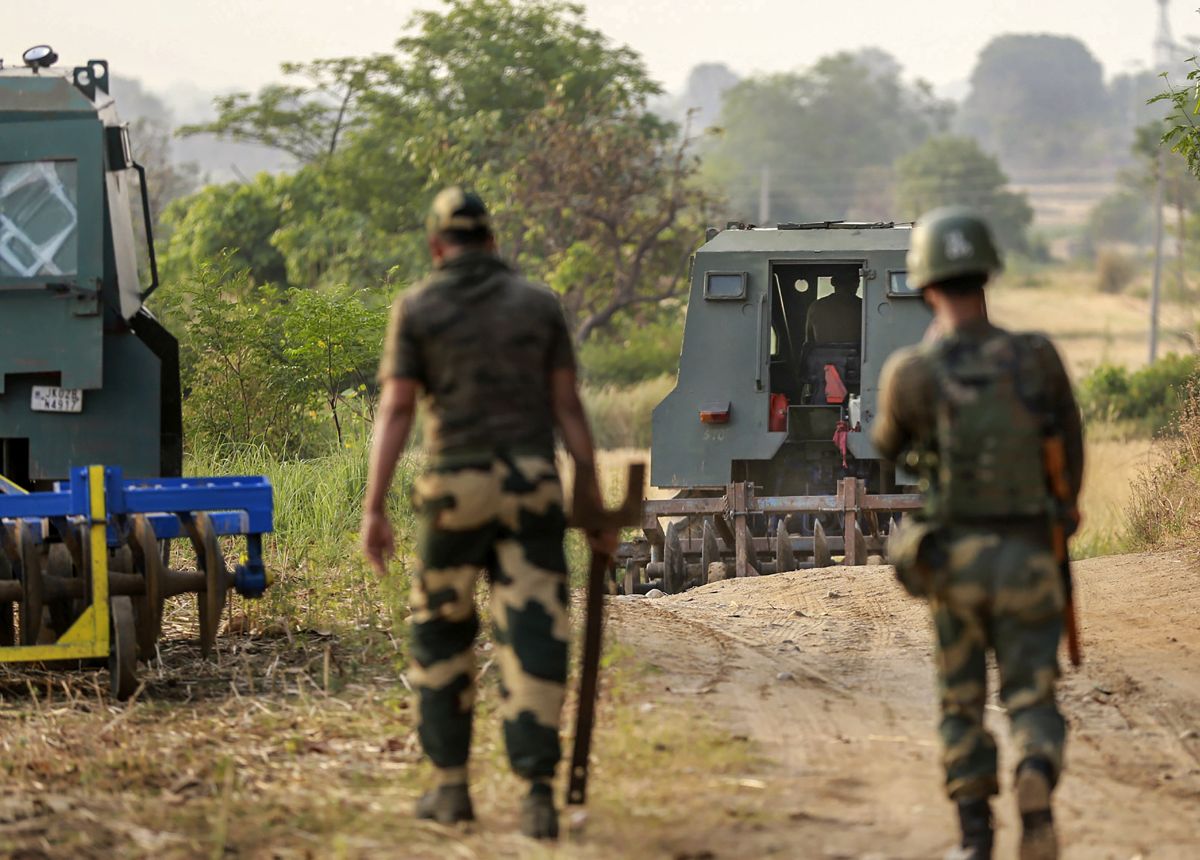 The BSF had launched a massive drive to detect any tunnel along the International Border following the April 22 encounter in the Sunjwan area.

The BSF is manning about 192 kilometres of the IB and the Line of Control alongside the Army and is keeping a tight vigil to scuttle any attempt of infiltration of terrorists, smuggling of weapons and narcotics and drone activity from across the border. 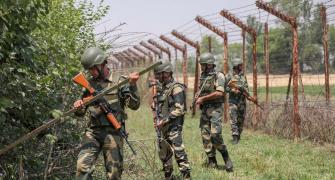 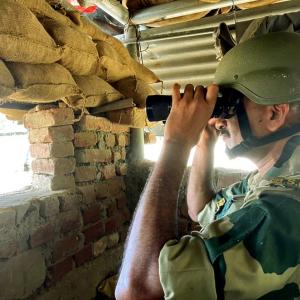 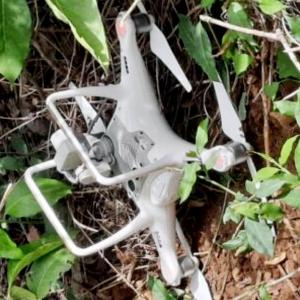