Ten days ago, Cyclone Idai, one of the most devastating storms to hit Africa in decades, made landfall in Mozambique, damaging or destroying thousands of structures.

The tropical storm then moved inland, bringing heavy rain and flooding to more parts of Mozambique, Zimbabwe, and Malawi.

More than 750 deaths are attributed to Idai so far, while thousands remain stranded in remote rural areas.

International aid is starting to reach the region, while workers struggle to repair roads, restore power, and care for the survivors -- with special attention toward preventing cholera outbreaks. 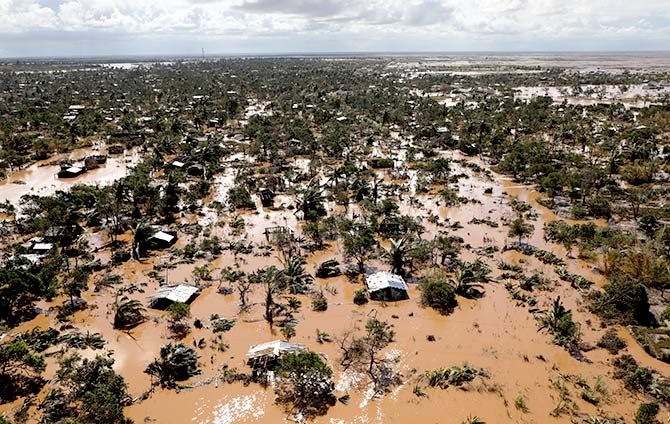 Flooded homes are seen after Cyclone Idai in Buzi district outside Beira, Mozambique. An area of roughly 3,125 square kilometres is still under water and three million people across Mozambique, Zimbabwe and Malawi have been affected by the cyclone and its aftermath, according to the UN World Food Programme. Photograph: Siphiwe Sibeko/Reuters A man carries his children after Cyclone Idai at Praia Nova, in Beira, Mozambique. According to UN humanitarian agency OCHA, about 1.85 million people have now been affected by the cyclone, which made a made landfall near the Mozambique port city of Beira on March 14. Photograph: Siphiwe Sibeko/Reuters 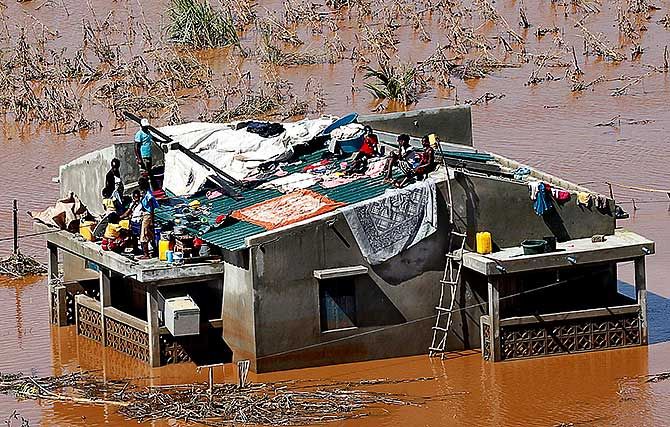 A stranded family sits on top of their home after Cyclone Idai, in Buzi district, outside Beira, Mozambique. Close to 500,000 have been displaced in the three countries. Photograph: Siphiwe Sibeko/Reuters 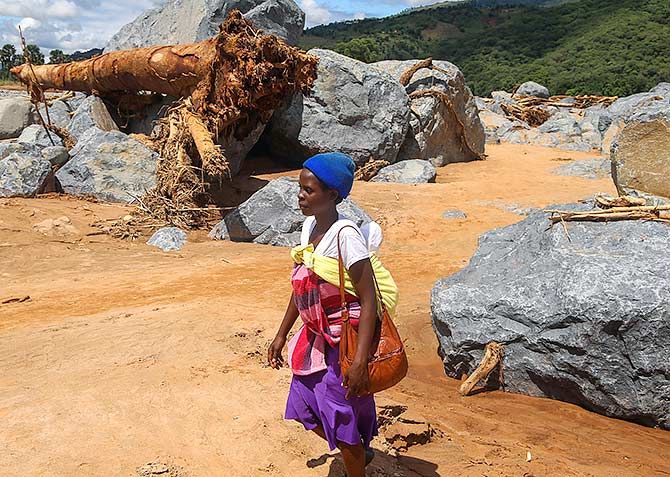 A woman walks among rocks in Chipinge, Zimbabwe. Near this location a landslide washed away about 80 homes, accounting for most of the storm's documented casualties so far. Photograph: Tafadzwa Ufumeli/Getty Images 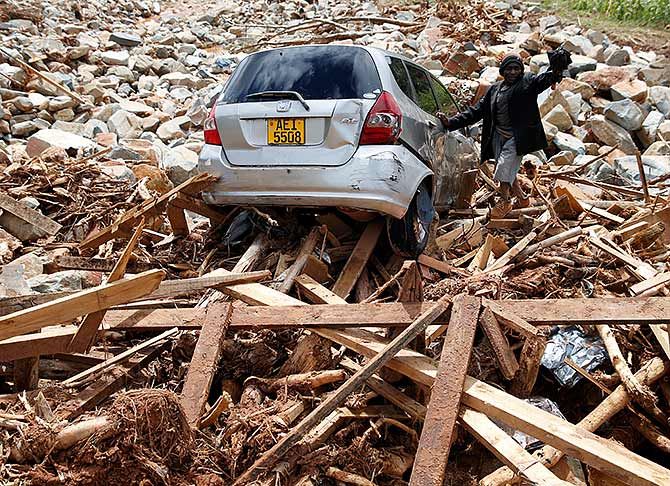 Rondai Goshokosho gestures next to his car that was swept into debris by Cyclone Idai in Chimanimani, Zimbabwe. The storm is so severe that more than $1 billion of infrastructure has been destroyed. Photograph: Philimon Bulawayo/Reuters 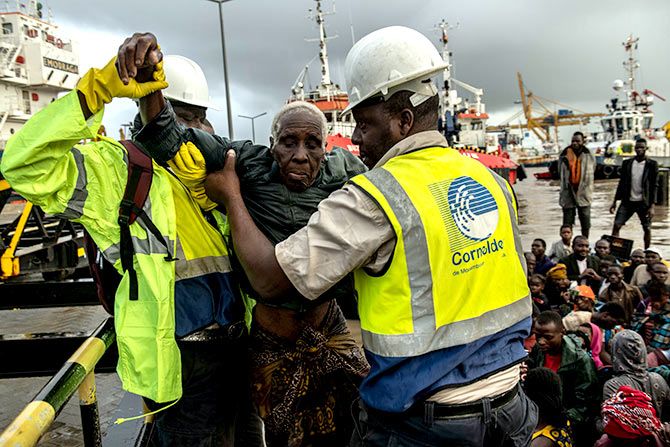 People from the town of Buzi are helped off a boat at Beira Port after being rescued in Beira, Mozambique. Thousands of people are still stranded after after Cyclone Idai hit the country last week. Photograph: Andrew Renneisen/Getty Images 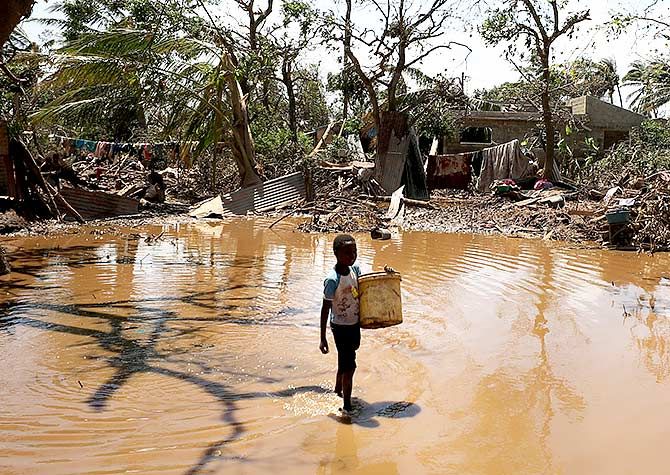 A child walks past debris as flood waters begin to recede in the aftermath of Cyclone Idai, in Buzi near Beira, Mozambique. Many roads are still cut off, restricting access for all emergency responders into the disaster zone. It also prevents those living in poorer areas of Beira to access the safe municipal water supply regardless of the generator. Photograph: Mike Hutchings/Reuters 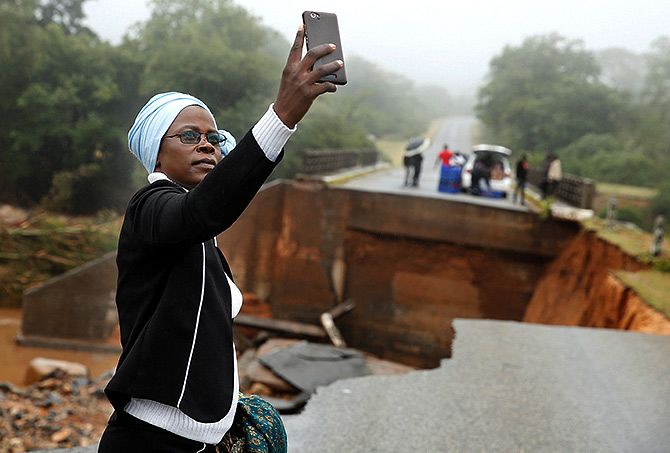 A woman takes a selfie at a washed away bridge along Umvumvu river following Cyclone Idai in Chimanimani, Zimbabwe. The Chimanimani district remains one of the least accessible with many roads completely wiped away for several kilometres. Destruction in the region is on a huge scale and a lack of safe drinking water remains an issue, with many water pipes having been blown away. Photograph: Philimon Bulawayo/Reuters 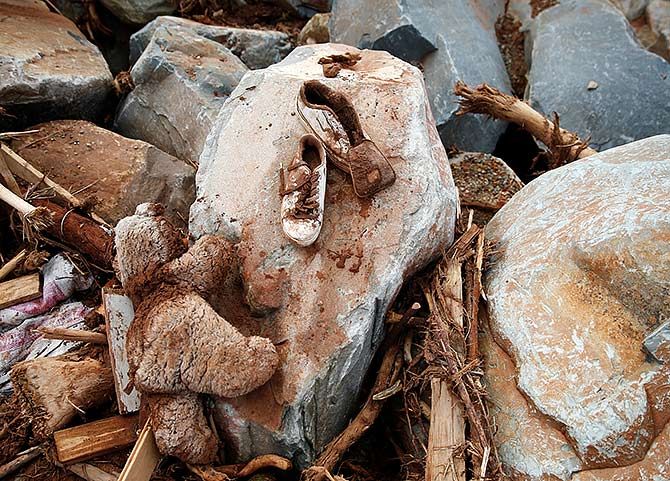 Shoes are left to dry in the debris left by Cyclone Idai in Chimanimani, Zimbabwe. Photograph: Philimon Bulawayo/Reuters 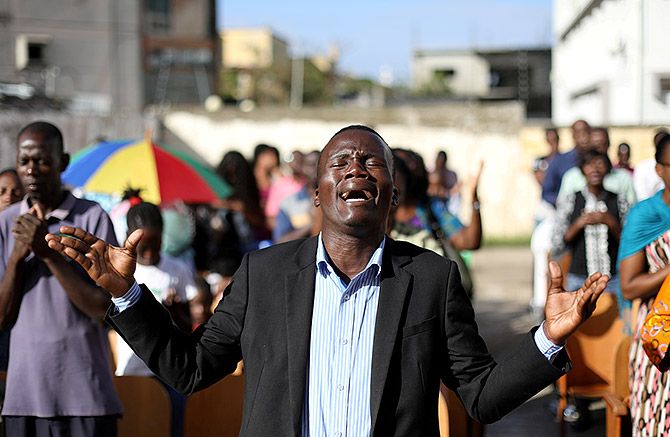 Congregants pray outside during a service after their church was destroyed by Cyclone Idai, in Beira, Mozambique. The WHO has announced it is mobilising 900,000 doses of cholera vaccines from the global stockpile to help prevent an epidemic. Photograph: Siphiwe Sibeko/Reuters A man uses a chainsaw to cut away debris as flood waters begin to recede in the aftermath of Cyclone Idai, in Buzi near Beira, Mozambique. Photograph: Mike Hutchings/Reuters 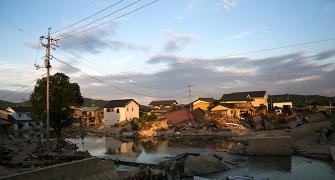