The Bombay high court on Wednesday refused to grant an urgent hearing to a PIL that sought directions to Maharashtra minister and Nationalist Congress Party leader Nawab Malik to refrain from making any comments against the Narcotics Control Bureau, in light of the drugs case in which actor Shah Rukh Khan's son Aryan Khan is an accused. The PIL was filed on Tuesday by one Kausar Ali, who claims to be a priest and a person working for the rehabilitation of drug addicts.

Ali urged the HC to direct Malik not to make any comments against the NCB or any other investigating agency associated with the Aryan Khan case and officers of such agencies, saying it will demoralise the probe agencies and encourage drug abuse among citizens.

The HC however, asked Sarogi to approach the vacation bench that will assemble from next week, or to wait for regular courts to resume after the Diwali holidays that will start on November 1.

"Move the vacation bench or wait for the regular benches to assemble," the HC said.

The PIL, citing some of Malik's recent tweets, said the minister has been tweeting and making claims against the NCB and its officer Sameer Wankhede to 'demoralise' them.

The plea claimed that the NCB, under the supervision of Wankhede, has proven to be the 'most effective' agency in the recent past.

Aryan Khan (23) was arrested on October 3 along with his friend Arbaaz Merchant, fashion model Munmun Dhamecha and some others by the NCB, after it raided a cruise ship off the Mumbai coast and claimed to have seized drugs onboard.

While Aryan Khan and Merchant are now lodged at the Arthur Road prison, Dhamecha is at the Byculla women's prison.

A special court for NDPS cases had refused to grant them bail following which they moved the high court.

Malik has repeatedly termed the cruise drugs case as "fake" and levelled various allegations against Wankhede, including illegal phone tapping.

Wankhede has refuted the allegations and denied any wrong-doing. 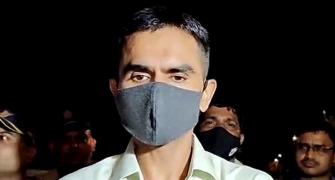 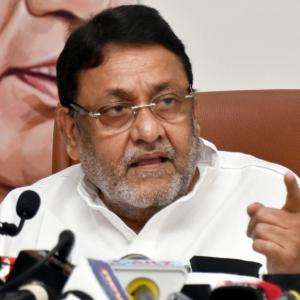