Stepping up its attack on the Narcotics Control Bureau, the Nationalist Congress Party on Friday alleged that the anti-drug agency let off two persons after a raid on a cruise ship off Mumbai coast recently, with one of them being the brother-in-law of a 'high-profile' BJP leader. "After the raid, NCB officer Sameer Wankhede said 8-10 people were held. How can an official who conducts an entire operation give an indefinite answer? If 10 people were held then why were two people let off? And of the two, one was the brother-in-law of a high-profile BJP leader," Malik alleged.

The allegations by the Sharad Pawar-led NCP against the NCB, a central agency, comes a day after the income tax department raided the premises of commercial entities linked to its party leader and state deputy chief minister Ajit Pawar.

Malik said he would address a press conference on Saturday to reveal the name of the BJP leader whose brother-in-law was let off by the NCB.

He said the motive behind the I-T department's raids on entities linked to Pawar was to malign him.

On Wednesday, Malik had dubbed the NCB's October 2 raid on the cruise ship as 'fake' and alleged that no narcotic drugs were found during it. The NCB has so far arrested 18 people, including Aryan Khan, son of Bollywood actor Shah Rukh Khan, after allegedly seizing drugs from the Goa-bound ship on Saturday.

Notably, Malik's son-in-law Sameer Khan had been arrested by the NCB on January 13 in an alleged drug case. He got bail in September.

The NCP shares power with the Shiv Sena and the Congress in the Maha Vikas Aghadi government in the state. 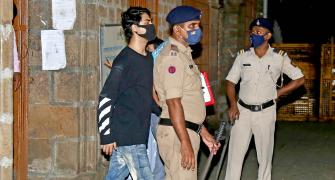 SRK's son among 8 arrested by NCB, sent to custody 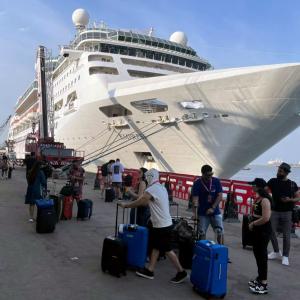