Nail-biting moments gave way to celebratory mood at the command centre of Indian Space Research Organisation in Bangalore on Wednesday, as its Mars Orbiter Mission or Mangalyaan entered the red planet’s orbit. 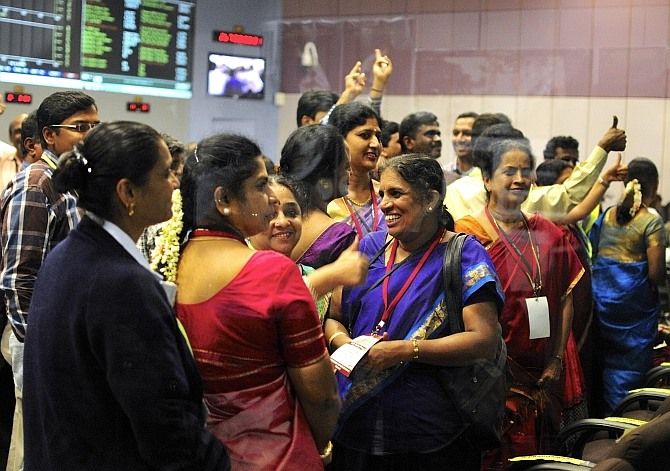 An air of expectancy combined with anxiety pervaded the Centre as space scientists carrying their Mars dream awaited the outcome of the final operation that began at 4.17 am and greeted with applause each successful step.

As history was being scripted millions of miles away, ISRO scientists clapped and hugged colleagues. Moments later they were glued back to their monitors tracking Mangalyaan.

Prime Minister Narendra Modi, present to witness the Space history in the making by India, himself appeared savouring the thrilling moments. 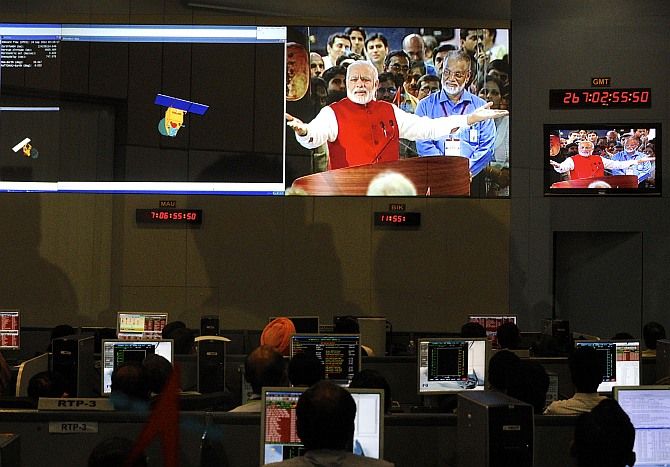 The first sign of success of India's Mars Orbiter Mission (MOM) emerged when the main engine (Liquid Apogee Motor) and thrusters on the spacecraft sprang to life after being dormant for 300 days since the odyssey began.

As MOM remained in the shadow of Mars when the spacecraft went behind the red planet, there was blackout with no signals from Mangalyaan to Earth.

Minutes later, a beaming and composed ISRO Chairman K Radhakrishnan walked up to the Prime Minister to inform about the success of the mission.

An overjoyed Modi hugged the ISRO chief and patted on his back for the success before he announced the historic achievement of India. 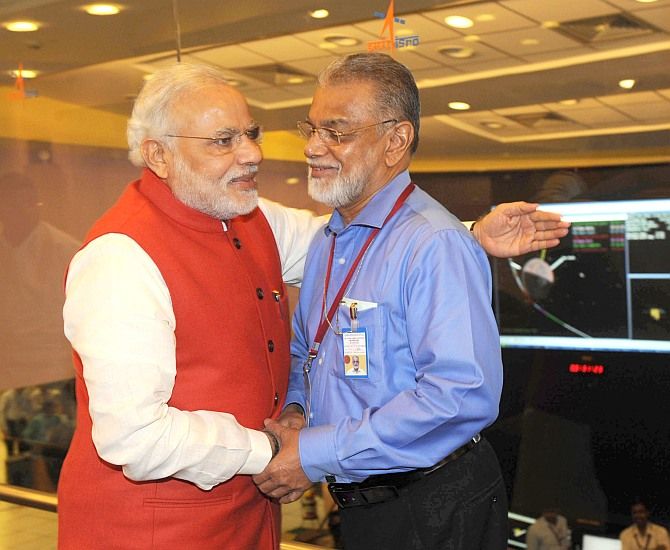 "Today MOM has met Mangal. Today Mangal has got MOM," said Modi announcing the mission's success after he went up to the rostrum clapping vigorously.

Senior and junior scientists greeted and cheered one another on the accomplishment. 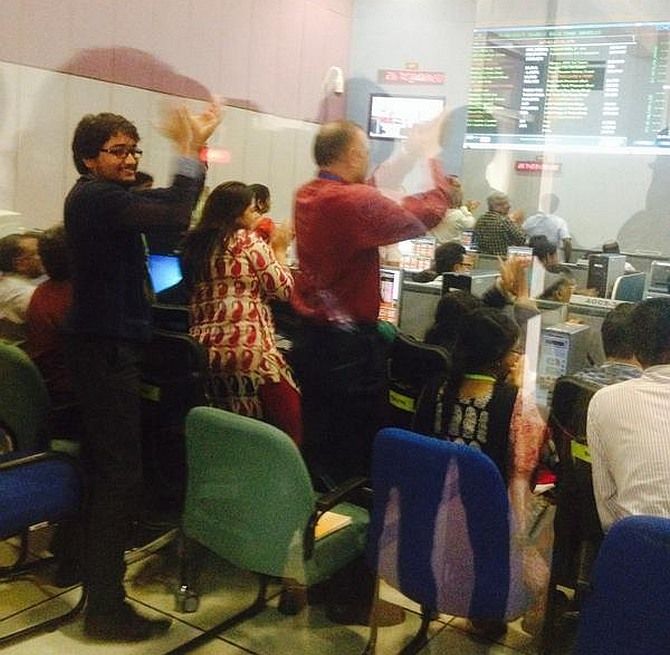 Things were not too different either at the Mission Operations Complex (MOX)-1, where arrangements were made for the huge media contingent gathered from different parts of the country to cover the event.

Scientists at the Mission Analysis Centre at MOX-1 applauded and congratulated one another on the success of the Mars Mission and even posed for the media with victory sign and loud cheers.

The Prime Minister was seen keenly observing and trying to understand the critical operation of the Mars Orbit Insertion from T K Alex, former Director of ISRO Satellite Centre, seated next to him. 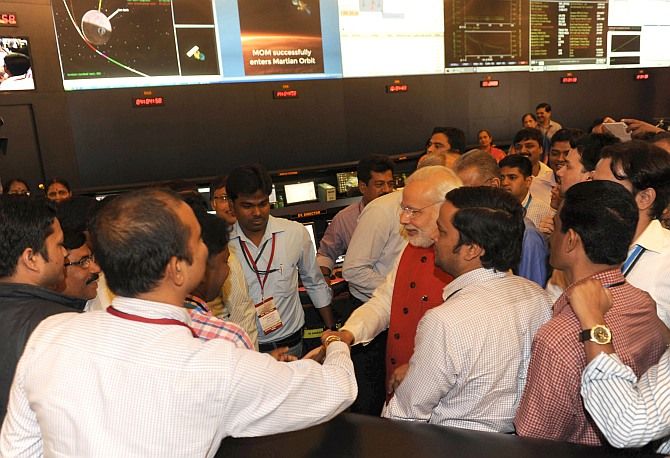 Modi who congratulated the scientists for their achievement said "History has been created today." He raised his hands high and clapped for the scientists.

The Prime Minister also told the nation to celebrate and asked students in colleges and schools to spend time to clap at least for five minutes in the honour of India's Space scientists. 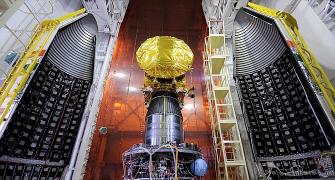 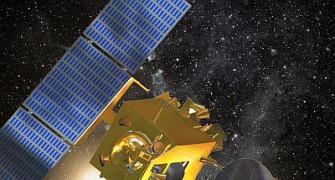 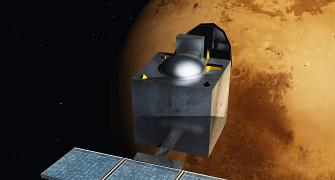 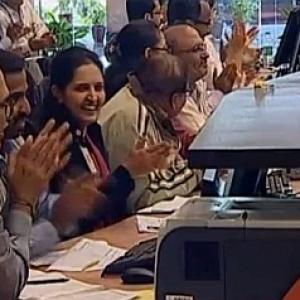 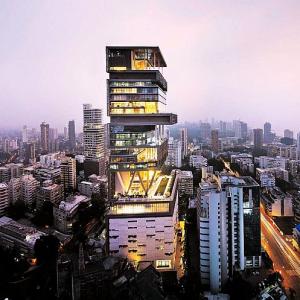