Bharatiya Kisan Union leader Rakesh Tikait's emotional outburst over the dim situation of the ongoing farmers' agitation touched such an emotional chord with people in villages in western Uttar Pradesh that many of them were also moved to tears and felt so restless they couldn't sleep that night, say several farmers. On Thursday night, Tikait, son of legendary farmer leader Mahendra Singh Tikait, wept at the Ghazipur border while talking about the farmers' protests, whose image took a beating after the violent clashes on January 26.

But his tears galvanised people, as on Saturday a large number of farmers and other supporters came to the protest site at the Delhi-UP border from not just his home state of Uttar Pradesh but from Punjab, Rajasthan and Uttarakhand as well to show solidarity with the movement.

"Our village spent a sleepless night. How could we sleep? His gesture had touched our hearts. That night itself people started flocking towards the Ghazipur border protest site to offer water to Tikait ji. His tears had brought tears in our eyes too," said Pankaj Pradhan, 52, head of Charaura village in Bulandshahr.

Pradhan arrived at Ghazipur in the afternoon in a car along with seven others.

"We were all awake, watching Tikait ji crying. Some were glued to TV sets, others on mobile phones, and we all felt restless. I was moved to tears too, and women too got emotional. His tears touched a chord with everyone and made them connect stronger to the movement," Pradhan said.

Gyanendra Singh, who also came to the protest venue from Bulandshahr on Saturday, said he too got emotionally overwhelmed after watching Tikait's emotional outburst.

"It was not his tears alone, it was tears of all of us struggling farmers. That's why I decided to come here again. I had gone back after the Republic Day tractor parade, not because I had lost faith in the movement after the unfortunate incident on Tuesday but because we had come just for the rally," he said.

A multitude of green-and-white caps and flags of unions and tricolours planted on tractors, symbolic of the unions fronting the battle, dot the highway at Ghazipur.

On various tractors and camps, photos of legendary leaders such as Chaudhary Charan Singh and Mahendra Singh Tikait, and slogans like 'I Love Kheti' and 'Garv se Kaho Kisan ke Putra ho', seek to pump up the energy among the farmers whose enthusiasm had ebbed away a bit in the wake of the Republic Day violence and fears of a crackdown by security forces on the night of January 28.

D P Singh, member of the Central Kisan Committee of All India Kisan Sabha who addressed the crowds on Saturday, said Tikait's emotional outpouring swept people off their feet and "connected them to the common cause even stronger".

"Yes, we were emotionally hurt by the incident and all the aspersions cast on us after it. But that incident has not hurt our movement which has only grown stronger, with more solidarity coming from people," he said.

Many of the farmers who came from Rajasthan, Uttarakhand and other parts of Uttar Pradesh addressed the crowds at the protest site. Some sang songs in Punjabi to boost the morale of the people and to praise Tikait.

All of them alleged that "attempts were made to malign this movement" and "defame it". They said the agitation has "come out stronger" after such "attempts".

Anil Chaudhary, who also came from Bulandshahr, rued what happened at the Red Fort and on the streets of Delhi on January 26, saying "it did hurt our morale".

"But, we feel stronger now. Tikait ji's tears brought me here. Every person in my village is touched by his emotional appeal. Our solidarity will only grow from here, even though they may stack up the odds against us," he said.

As the sun slipped towards the horizon in the biting cold, farmers shared tea and sympathy, and reaffirmed their resolve to keep fighting till they reach their goal of seeing the three farm laws repealed. 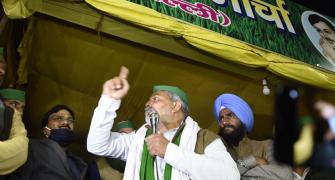 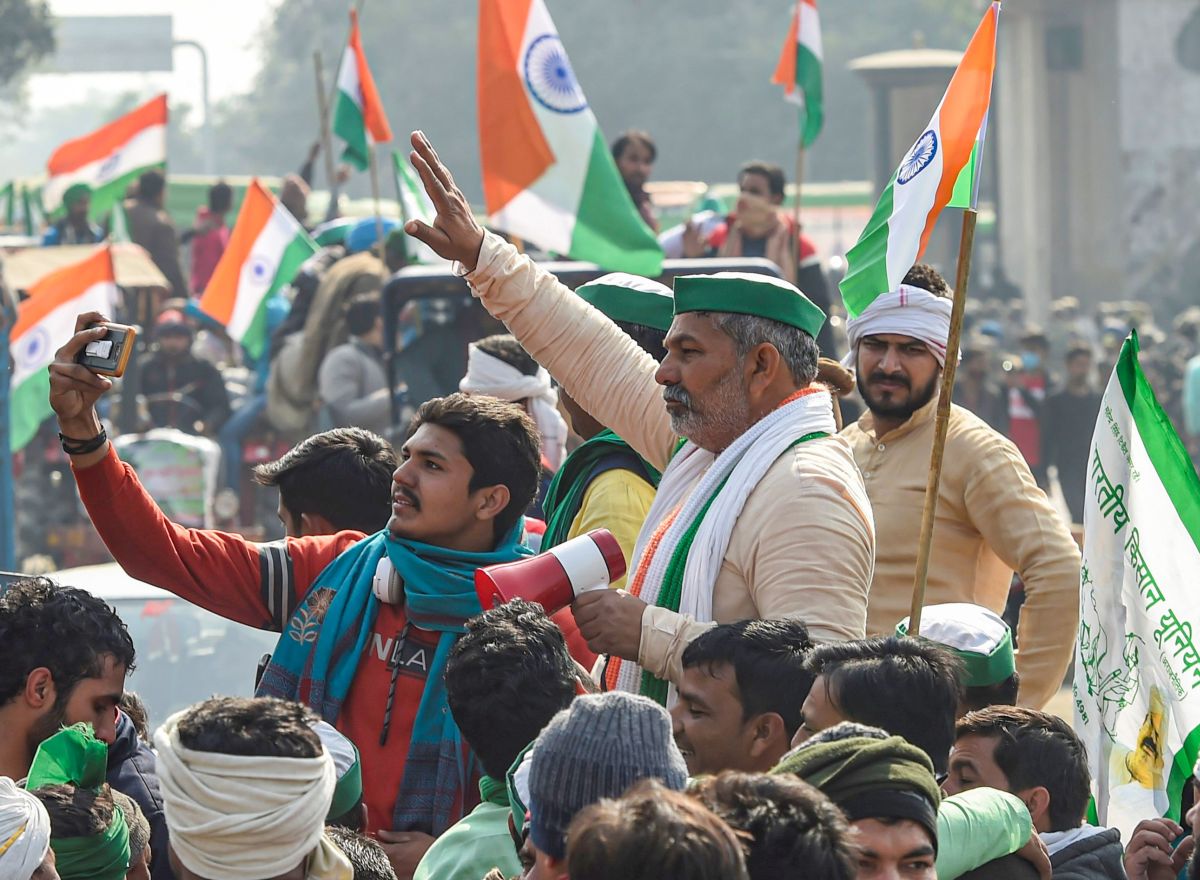