Penpa Tsering sworn in as head of Tibetan govt-in-exile

Penpa Tsering was on Thursday sworn-in as president of the Central Tibetan Administration, the Dharamshala-based Tibetan government-in-exile, and said he will reach out to the Chinese government to find a ”mutually beneficial” and non-violent solution to the Sino-Tibet conflict. 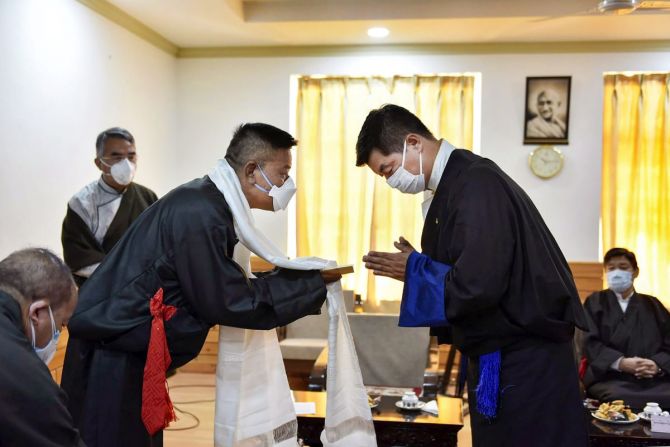 Chief Justice Commissioner Sonam Norbu Dagpo administered the oath to Penpa Tsering, the second democratically-elected Sikyong (president) of the 17th Parliament-in-Exile of the Central Tibetan Administration, at a small ceremony held in Dharamshala amid the restrictions imposed due to the coronavirus pandemic.

He said his government will tread the path of ”middle way” espoused by the Tibetan spiritual leader the Dalai Lama.

”Based on which, we will reach out to the Chinese government to find a mutually beneficial, negotiated, non-violent solution to the Sino-Tibet conflict. We hope that this in turn shall set a good example in resolving conflicts around the world,” Penpa Tsering said.

He said the main responsibility of his ’Kashag' (cabinet) will be to address the critical challenges being faced by ”endangered Tibet” and sufferings of the Tibetan people.

He said it is of ”utmost importance” to all Tibetans to abide by the guidance of the Dalai Lama.

”We are very fortunate to be blessed by the virtual presence of his holiness the Dalai Lama at the inaugural function this morning. The executive will make every effort to make sure that we follow and act in accordance with the path shown by his holiness,” Penpa Tsering said.

The Dalai Lama attended the swearing-in ceremony virtually and extended his greetings to the new president of the Tibetan government-in-exile.

He had announced his candidacy for the 2021 election on September 3 last year. During the 2021 CTA general election, he secured 34,324 votes, 5,417 more than Kaydor Aukatsang (Kelsang Dorjee Aukatsang) who secured the second highest number of votes.

Earlier, Penpa Tsering has spoken about "resolving” the Tibetan issue, taking care of the welfare of ”Tibetans in exile” and pursuing "all possible ways to communicate with China."

He has also said he wants to "facilitate a visit of the Dalai Lama to China" and advocate for the release of "Panchen Lama Gedhun Choekyi Nyima and all other political prisoners".

”I extend my good wishes to all my Tibetan brothers and sisters inside and outside Tibet, and all freedom and truth loving Tibet supporters. I also take this opportunity to thank honourable speaker Nancy Pelosi of the US Congress, the state department, Taiwan foreign minister, parliamentary friends of Tibet, Tibet support groups, organisations and individuals for their support,” Penpa Tsering said after the oath-taking ceremony.

”To conclude, I take this opportunity to thank all freedom-loving governments, parliaments and Tibet supporters around the world and in particular India and the United States for their love and support for Tibet and the Tibetan people,” he added. 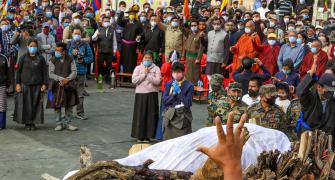 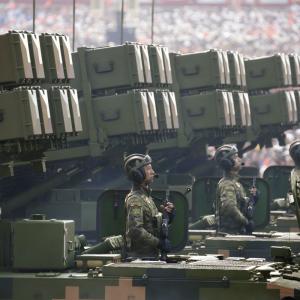 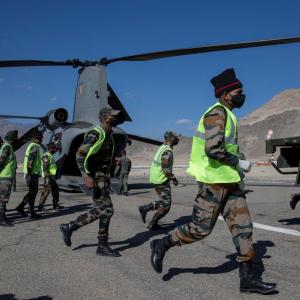