Union Home Minister Amit Shah on Monday met a wide spectrum of political leaders of Naga groups in New Delhi and made it clear that the endeavour of the Modi government is to have a peaceful and prosperous Northeast. After the meeting, a home ministry spokesperson said efforts of the central government have been to resolve many complicated issues that came up during the ongoing talks with Naga groups like NSCN-IM in such a way that there is all round satisfaction at the conclusion of the parleys, but cautioned against any kind of speculation about the negotiations.

“The home minister met with a wide spectrum of the political leadership of Naga groups, led by Chief Minister of Nagaland Shri Neiphiu Rio, in New Delhi where many issues were discussed at the meeting,” the spokesperson tweeted.

Talks over the Naga issues have been in progress for a number of years and it has always been the endeavour of the central government under Prime Minister Narendra Modi to have a peaceful and prosperous Northeast, the spokesperson said.

Since negotiations are still ongoing, any report on possible solutions to various issues during the negotiations would only be speculative, the spokesperson said.

The government of India had signed a framework agreement with the major Naga insurgent group NSCN-IM on August 3, 2015 in presence of Prime Minister Narendra Modi to find a permanent solution.

The framework agreement came after over 80 rounds of negotiations spanning 18 years, with the first breakthrough made in 1997 when the ceasefire agreement was sealed after decades of insurgency in Nagaland, which started soon after India's Independence in 1947.

Separately, the government is also holding peace parleys with splinter groups of the NSCN after entering into ceasefire agreements.

The groups which have entered into ceasefire agreements are: NSCN-NK, NSCN-R, NSCN K-Khango and NSCN (K) Niki. 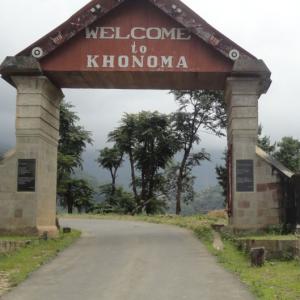