Hardening its stand on peace talks with the government, the National Socialist Council of Nagalim (NSCN-IM) has said its position on the demand for a separate Naga national flag and constitution is unchanged as these are emblematic of the Naga political struggle and identity. 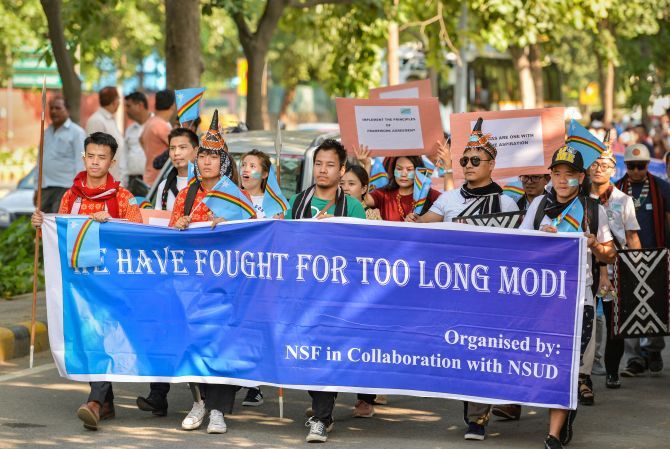 IMAGE: Nagaland students at a rally in New Delhi in 2019. Photograph: ANI Photo.

The NSCN-IM, which resumed talks to find a solution to the decades-old Naga political issue after a gap of almost two years, said in a statement on Friday that the problem is "deeply rooted in India's malicious pleasure, violating the historical and political rights of the Naga people".

Meanwhile, A K Mishra, the Government of India's representative for Naga talks, held a meeting with the Working Committee members of Naga National Political Groups (NNPG), an umbrella organisation of seven outfits opposed to NSCN-IM, in New Delhi on Friday, a release issued by the media cell of NNPG said.

"The consultation was a cordial affair with both sides displaying consistency and commitment of purpose, taking up the thread from where former interlocutor R N Ravi left," it said, adding further deliberations will continue in the near future to work out the finer details of an enduring relationship.

However, talking tough, the NSCN-IM said the issue of a Naga national flag and Yehzabo (Constitution) were stalling a solution to the lingering problem, and accused the Centre of indulging in divisive policy. "Ironically, when the issue gets too hot to handle, the Government of India started to indulge in divisive policy and flattery in the name of finding the Naga political solution," it said, apparently referring to the talks between the NNPG and the government interlocutor.

"The chequered history of the Indo-Naga political issue is clear enough before us, with accords and agreements that were never meant to be implemented in letter and spirit,” it said and added “the Naga flag with divine origin cannot be traded or bargained to make the Nagas infidel people."

The NSCN-IM had signed a Framework Agreement with GoI on August 3, 2015 but final agreement has not been reached yet.

The Working Committee of NPPG entered into a parallel dialogue with the Centre in 2017 and inked the Agreed Position the same year.

Talks were said to have concluded with both the groups in October 2019 during the tenure of then interlocutor R N Ravi but a final solution is still elusive.

The NSCN-IM, the largest of the extremist groups active in Nagaland, joined the peace talks with the government in 1997.

Hopes of a solution to the vexed Naga question brightened when Ravi, then the Centre's interlocutor, was appointed the governor of Nagaland in 2019. However, things got bitter soon afterwards as Ravi accused NSCN-IM of delaying a comprehensive agreement and wrote a letter to Chief Minister Neiphiu Rio, calling the outfit "armed gangs" who were running a parallel government.

NSCN-IM responded by seeking removal of Ravi as the governor and interlocutor. Ravi was removed in September 2021 and Mishra was appointed the Centre's interlocutor for carrying forward the peace talks. 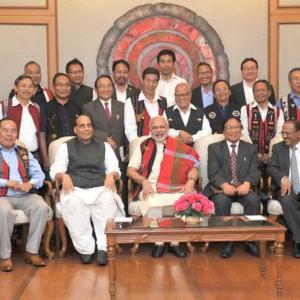 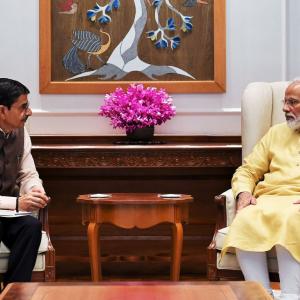