Pakistani troops used heavy artillery during Friday's unprovoked ceasefire violations along the Line of Control in several sectors of Jammu and Kashmir, causing loss of lives and a huge damage to property on the Indian side, a top Border Security Force officer said here on Sunday. 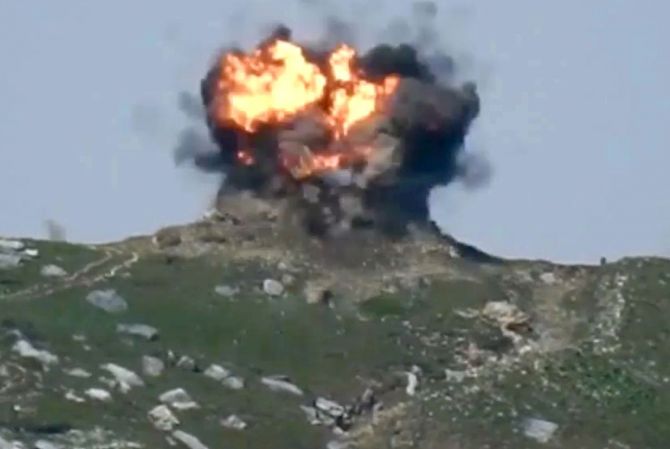 Five security forces personnel were among the 11 persons killed in multiple instances of ceasefire violation by Pakistan along the LoC between the Gurez and Uri sectors of Jammu and Kashmir on Friday, even as the Indian Army caused extensive damage to Pakistan Army's infrastructure in retaliation.

Those killed in the Pakistani aggression include four armymen, a Border Security Force jawan and six civilians.

"Pakistan fired heavy artillery without any provocation, but the Army and the BSF fought with bravery, gave a befitting response to them and many defences (installations) of Pakistan were destroyed," Inspector General of BSF, Kashmir Rajesh Mishra said.

He was speaking to reporters on the sidelines of the wreath-laying ceremony of BSF Sub-Inspector Rakesh Doval, who was killed in the Pakistani firing.

Mishra said the Pakistani firing caused loss of lives and a huge destruction of civilian property on the Indian side of the fence.

He said the slain BSF man deserves the highest tributes as he fought despite getting injured in the shelling.

Mishra said about 250-300 terrorists were ready at launchpads across the LoC to sneak into the Indian side.

"Security forces, including the BSF, have been successful in foiling their designs and will continue to do that," he said.

The BSF officer also said human rights organisations should take note of the killings of civilians and the damage caused to civilian properties in the intense shelling by Pakistan. 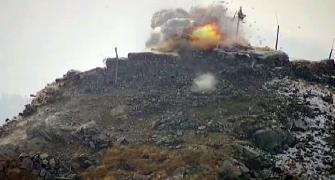