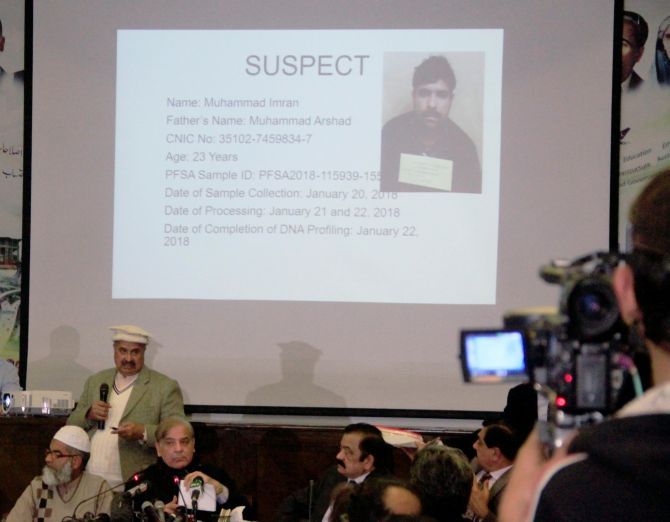 An anti-terrorism court in Pakistan on Saturday sentenced to death a serial killer for the brutal rape and murder of a seven-year-old girl that sparked national outrage, the first ever trial in the country's history that concluded in shortest period of four days.

Announcing the verdict at the Kot Lakhpat Jail in Lahore at in-camera trial amid high security, ATC judge Sajjad Hussain handed down the death sentence to 23-year-old Imran Ali on four grounds -- murdering a child, kidnapping a child, rape of a minor, and committing an unnatural act with a minor.

Imran has also been sentenced to seven years in jail with a fine of Rs 1 million for desecrating the body of a minor.

He was arrested in January, two weeks after he raped and killed the seven-year-old girl and threw her body into a garbage dump in Kasur city, some 50 kilometres from Lahore.

The brutal rape and murder of the child had sparked outrage and protests across the country.

Her case was the twelfth such incident to occur within a 10 kilometre radius in Kasur city over a 12-month period.

The arrest brought to light eight more such killings and many Pakistanis have demanded he be publicly executed.

Prosecutor General Ehtesham Qadir, who spoke to media after the sentencing, said the accused had been given ample chance to defend himself, but he chose to confess his crimes.

He said the prosecution had presented at least 56 witnesses against him in addition to forensic evidence, including the DNA and polygraph tests.

"It was a fair trial in which the suspect was given a chance to defend himself," Qadir said, adding the ATC has awarded the sentence to the accused only in the case of the seven-year-old girl.

"The suspect had also confessed to the killing of eight other girls. He will be tried in these cases separately," he said, adding this was the first ever trial in the history of Pakistan that concluded in four days.

The girl's father Muhammad Amin expressed satisfaction over the verdict, saying: "We are satisfied on the verdict but we wanted him to be hanged publicly."

The girl's mother said, "We want that the suspect should be stoned to death for his crime as hanging in jail is a punishment which is given to other criminals but this beast deserves either public hanging or stoned to death."

Imran will now have 15 days to approach the court to file an appeal.

However, the prosecutor general said he had confessed to his crime and was not interested in challenging the ATC verdict in higher court.

"He regrets for his act. He says he became a pervert after having an addiction of watching child pornography on Internet," Qadir said.

Advocate Mehar Shakeel Multani, the private counsel for the suspect, had withdrawn his power of attorney after the suspect made confession before the trial court.

The lawyer claimed his conscience did not allow him to defend a serial killer.

Later, the court provided the suspect with state counsel to complete the trial proceedings.

Showing concerns about the fairness of the trial inside jail, rights activist and senior lawyer Asad Jamal said the trial could not be held in a free and fair manner unless the suspect was given an ample opportunity to defend himself through a counsel of his choice.

He said the trial had been conducted in camera without access to independent observers, members of the bar and independent legal counsel for the suspect.

He said the prosecution could not propose or nominate a lawyer to defend a suspect, as done in the case, because there had always been a clear conflict of interest.

He said it was against the principles of due process of fair trial guaranteed under Article 10-A of the Constitution.

Advocate Jamal said he had also filed an application with the jail authorities, seeking permission to meet the accused to consult him in private to access the need for the steps to be taken, including representation to defend him to ensure a fair trial.

The Anti-Terrorism Act 1997 also requires a trial court to proceed with the trial on day-to-day basis and decide the case within seven working days.

Prosecutor General Qadir, however, said, "All the requisites of justice and fairness had been strictly observed during the trial proceedings."

He said the private counsel for the suspect had cross- examined at least 22 prosecution witnesses before he withdrew his power of attorney.

"Later, the state lawyer appointed by the court completed the cross-examination of the remaining witnesses."

Image: A slide showing a picture of Imran Ali suspected of being a serial killer responsible for the rape and murder of a seven-year-old girl is shown at a press conference in Lahore. Photograph: Mohsin Raza/Reuters 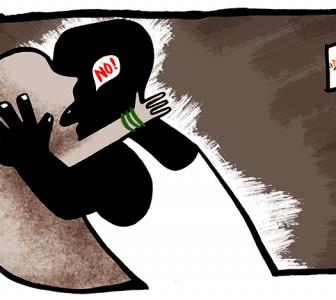 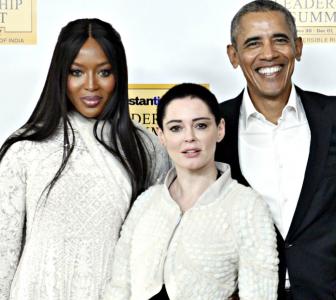 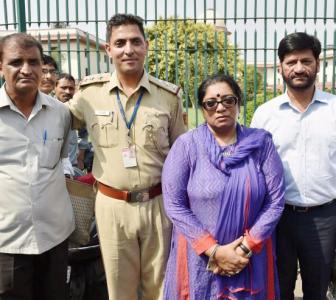