As Pakistan mounts a diplomatic offensive against removal of Jammu and Kashmir's special status, India on Friday said time has come for the neighbouring country to accept the new reality and stop interfering in its internal affairs. 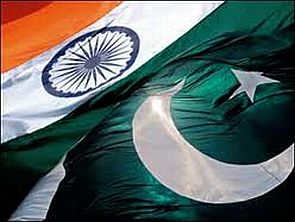 Ministry of external affairs spokesperson Raveesh Kumar said Pakistan is "nervous" following India's decisions on Kashmir and asserted that Islamabad thinks it will not be able to mislead people if there is development in the region.

"It is time for Pakistan to accept reality and stop interfering in internal affairs of India," Kumar said.

Asked about Pakistan expelling the Indian high commissioner, Kumar said the timing of his return is yet to be decided as India has requested for a review of the decision.

Reacting to the decision, Pakistan on Wednesday expelled Indian High Commissioner Ajay Bisaria, soon after deciding to downgrade the diplomatic ties with India over what it called New Delhi's "unilateral and illegal" move.

On whether current state of relations between the two countries will impact Pakistan's decision on consular access to Indian death row convict Kulbhushan Jadhav, he said New Delhi is in touch with Islamabad on the issue.

"We are in talks with Pakistan. Our channel of communication is open."

Kumar also said that Pakistan's attempt to link Afghan peace deal with India's decisions on Kashmir did not work at all.

Referring to Pakistan's decision to downgrade diplomatic ties with India, Kumar said it is clear that attempt by Pakistan to present an "alarming picture" of bilateral relationship between the two nations.

On Pakistan's diplomatic offensive against India's decisions on Jammu and Kashmir, he said "linking unrelated issues" into sovereign matters of India has not succeeded anywhere.

"We have briefed a number of foreign governments and multilateral organisations. We have explained our position on the issue," Kumar said, adding Indian envoys have also briefed governments in their respective countries.

The MEA spokesperson also hoped that Pakistan will review its "unilateral decision" to downgrade ties with India.

Asked about reports of Pakistan closing airspace for flights from India, he said the airspace has not been closed, adding some re-routing of flights has been done.

On Pakistan Prime Minister Imran Khan's comments that India was trying to create a war-like situation with his country, Kumar said Islamabad was trying to project a panic situation to the international community.

"However, the international community does not think there is a war like situation. It is a ploy to deflect attention...It is time for Pakistan to see the new reality and stop interfering in internal matters of India," he said.

He said India has highlighted that how the impact of the decision on Kashmir will result in addressing social and economic disparities and support democracy at the grassroots level.

The MEA spokesperson said India also regrets decisions like suspending services of Samjhauta Express by Pakistan and hoped that it will review them.

He said various countries, including the Islamic world, have a greater understanding of India's position on Jammu and Kashmir.

"There is a grater understanding of India's position. The rhetoric of Pakistan is something which has been seen through and it is exposed on many fronts," the MEA spokesperson said.