Introducing a fresh chill in Indo-Pak ties, Pakistan on Thursday said that the bilateral peace process stands "suspended", indicated that it would not allow Indian investigators to travel there and accused India of creating unrest in its territory.

Pakistan High Commissioner Abdul Basit did some plain speaking at a media interaction in New Delhi when he said presently the peace process was "suspended", something India has been reluctant to admit.

He poured cold water on India's expectations that a team of National Investigation Agency would be allowed to visit Pakistan in connection with the Pathankot terror strike probe on the basis of reciprocity, a Pakistani Joint Investigation Team having just concluded a visit to India.

"The whole investigation is not about the question of reciprocity in my view. It is more about extending cooperation or our two countries cooperating with each other to get to the bottom of the incident," Basit said.

This flies in the face of India's expectations that after the JIT's visit, a team of NIA investigators would be travelling to Pakistan. The NIA had conveyed to the JIT that it would like to send a team to Pakistan, the external affairs ministry confirmed on Thursday.

Basit opened his interaction at the Foreign Correspondents' Club with a written statement in which he made a pointed reference to a former Indian Navy officer Kulbhushan Yadav, currently in detention in Pakistan on charges of spying.

Yadav's arrest "irrefutably collaborates what Pakistan has been saying all along", he said alluding to Pakistani charges that India was fomenting trouble in the restive province of Balochistan.

"We are all aware of those who seek to create unrest in Pakistan and destabilise the country," the envoy said.

A Pakistani commentator said on TV later that Basit was speaking for Pakistan, a day after Prime Minister Nawaz Sharif chaired a meeting of National Security Council attended by the chiefs of armed forces.

Asked about the possibility of meeting between foreign secretaries of the two countries which was suspended following the Pathankot attack in January, Basit said no such meeting has been scheduled.

At the same time, he asserted that Pakistan would like to have a "comprehensive and meaningful" dialogue with India in order to resolve "all our problems".

"But if India is not yet ready, we can always wait. Because as far as Pakistan is concerned, we consider dialogue process important to resolve our problems," he said, adding, "It is not a favour by one country to another. So we will wait and see how India evolves its position on the dialogue process itself."

Asserting that Jammu and Kashmir "dispute" was the root cause of "mutual distrust", he said its "fair and just" resolution as per the aspirations of the people was imperative.

"Attempts to put it on the back burner will be counterproductive. It is high time to break the carapace of complacency and dispense with self-serving approaches," he said.

The Pakistan envoy said there shouldn't be any doubt that his country wants to have a normal and peaceful relationship with India on the basis of "sovereign equality and mutual interest", noting there is a national consensus on this in Pakistan.

"However, there is no short cut to achieving a lasting peace. Nor does cherry-picking work. What we need is to engage uninterruptedly, comprehensively and meaningfully," he said.

Asked about India seeking consular access for Yadav, he said the request is under consideration.

"I cannot exactly tell you exactly as to when the Indian authorities would be given consular access to him. The Indian request is under consideration," Basit said.

On reports that Yadav was sold to Pakistan by Taliban, he trashed them.

Referring to action against terrorism by Pakistan, he said authorities in the country have arrested scores of terror operatives with foreign linkages in the last one month and presence of such elements was quite disturbing to "say the least".

Asked about details of those arrested suspects he refused to share details but said Pakistan's operation against terrorism and militancy is yielding "good results".

"The 19th SAARC Summit will be held in Islamabad in November this year. We sincerely hope the summit, building on the past achievements, would help create more synergies and win-win situations," he said.

Querried about China blocking India's bid to have Jaish-e-Mohammad chief Masood Azhar designated as terrorist by the United Nationas, Basit said "I subscribe to Chinese viewpoint" on the issue.

To a separate question, he said Pakistan's nuclear arsenals are for deterrence.

"You know our full spectrum deterrence is purely for defensive purposes. At one stage you will recall that Pakistan proposed a strategic restraint regime back in 1998.

"So that is still open. The proposal can be considered by the two sides. We hope, whenever talks commences, that will be one area which will be discussed between the two countries threadbare in order to prevent arms race in the region," he said.

Basit also talked about Pakistan's economic progress. "We have begun our march towards stability and prosperity. Nothing can detract us from realising our potential."

He further said, "Pakistan straddles South Asia, Central Asia and West Asia. Our country is therefore destined to become a regional economic hub. And the world will see this happening sooner than later."

Source: PTI© Copyright 2020 PTI. All rights reserved. Republication or redistribution of PTI content, including by framing or similar means, is expressly prohibited without the prior written consent.
Related News: Abdul Basit, India, Pakistan, Indian
SHARE THIS STORY
Print this article 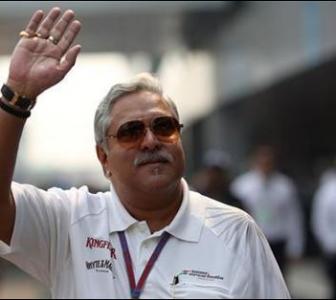