Pakistan continues to remain on the "Grey List" of the FATF as the global body against money-laundering and terror-financing on Thursday said there are "serious deficiencies" on the part of the country in checking terror-financing and it lacks an effective system to deal with it. 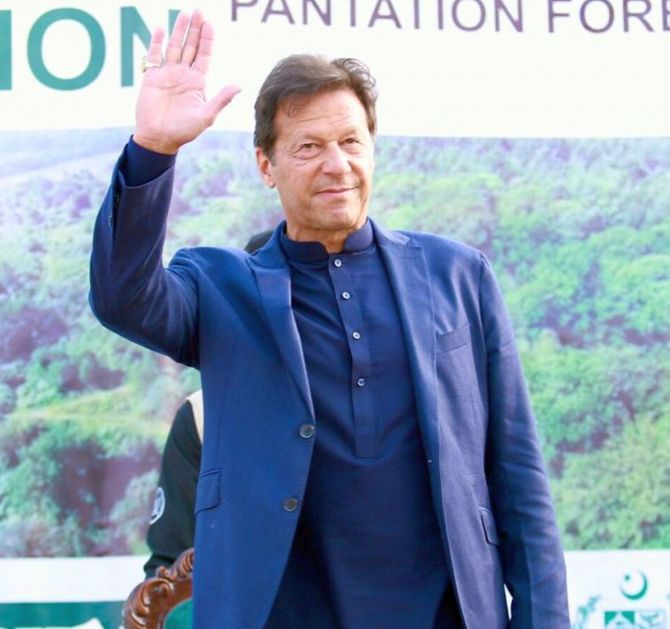 After its virtual plenary, Marcus Pleyer, president of the Paris-based Financial Action Task Force, said the deadline given to Pakistan has already expired and asked Islamabad to address their concerns "as quickly as possible".

"To date, Pakistan has made progress across all action plan items and has now largely addressed 24 of the 27 action items. All action plan deadlines have expired," Pleyer said in Paris at the end of the FATF's plenary session.

There is serious deficiency on the part of Pakistan in checking terror-financing and the country is yet to demonstrate taking action against the UN-designated terrorists and their associates, he added.

Pleyer said Pakistan continues to remain on the "increased monitoring list", another name for the "Grey List".

He said the courts in Pakistan must mete out "effective, decisive and proportionate" punishment to those involved in terrorism, a statement which comes close on the heels of the acquittal of terrorist Omar Saeed Sheikh, the main accused in the 2002 murder of American journalist Daniel Pearl, by Pakistan's Supreme Court.

Azhar, Saeed and Lakhvi are most wanted terrorists in India for their involvement in numerous terrorist acts, including the 26/11 Mumbai terror attacks and the 2019 bombing of a CRPF bus in Jammu and Kashmir's Pulwama.

Pleyer said Pakistan must complete three unfulfilled tasks and once that is done, the FATF will verify and take a decision on its present status in the next plenary to be held in June.

"Pakistan must have an effective system to deal with terror-financing," he said.

The virtual plenary of the FATF, held in the last three days, concluded that Pakistan will continue on its "Grey List", an Indian official who attended the plenary said.

The decision was taken after a thorough review of Pakistan's performance in fulfilling the global commitments and standards in the fight against money-laundering and terror-financing.

Pakistan has failed to fulfil six of the 27 mandates so far, as a result of which the country continues to be on the FATF's "Grey List".

Officials said the tasks which Pakistan failed to fulfil include taking action against all UN-designated terrorists like Azhar, Saeed and Lakhvi.

With Pakistan's continuation on the "Grey List", it is increasingly becoming difficult for the country to get financial aid from the International Monetary Fund (IMF), World Bank, Asian Development Bank (ADB) and the European Union, thus further enhancing problems for the neighbouring country, which is in a precarious financial situation.

The FATF also made an assessment of Pakistan cooperating and taking action to identify and initiating enforcement action against illegal money or value transfer services.

The assessment includes implementation of cross-border currency and bearer negotiable instruments controls at all ports of entry, including applying effective, proportionate and dissuasive sanctions.

On all these points, Pakistan's progress was slow, sources said.

The country's outstanding action areas also include effective implementation of targeted financial sanctions (supported by a comprehensive legal obligation) against all 1,267 and 1,373 designated terrorists and those acting for or on their behalf, including preventing the raising and moving of funds, identifying and freezing assets (movable and immovable), and prohibiting access to funds and financial services.

Pakistan needed 12 votes out of 39 to exit the "Grey List" and move to the "White List". To avoid blacklisting, it needed the support of three countries. China, Turkey and Malaysia are its consistent supporters.

Pakistan was placed on the "Grey List" by the FATF in June, 2018 and was given a plan of action to be completed by October, 2019. Since then the country continues to be on that list due to its failure to comply with the FATF mandates.

The FATF is an inter-governmental body established in 1989 to combat money-laundering, terror-financing and other related threats to the integrity of the international financial system.

It currently has 39 members, including two regional organisations -- the European Commission and the Gulf Cooperation Council. 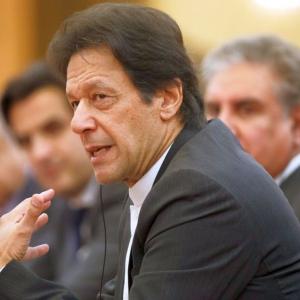