The number of farmers protesting at Delhi's Ghazipur border has gone down as fewer farmers were seen at the protest site on Saturday, a day after Prime Minister Narendra Modi announced the repeal of the three farm laws. 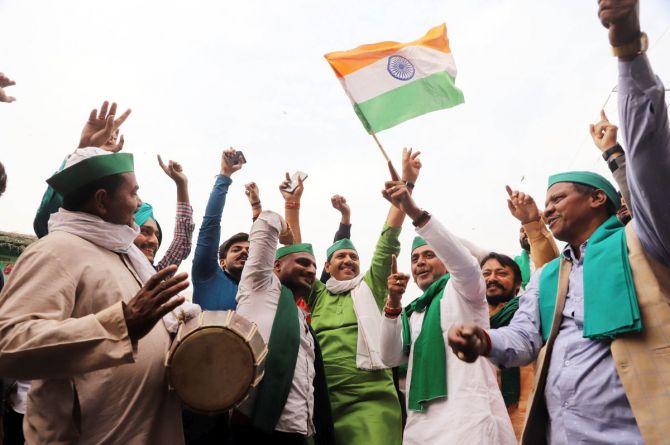 However, the farmers are still protesting, demanding a law on minimum support price (MSP).

Besides MSP, the farmers are also demanding a resolution for the livelihood of the families of the 700 farmers who died while protesting against the three farm laws.

"We welcome the decision taken by Modi Ji yesterday, but farmers are still not satisfied. Our fight for the last 70 years had been about farmers getting fair prices for their crops, for a guaranteed MSP on their crops.

"This is a big issue over which the honourable prime minister did not speak. Farmers crops are robbed. We are sitting here for the last one year and the farmers are still forced to sell the paddy for Rs 1,000-1,200," Pawan Khatana, Meerut Mandal president, Bhartiya Kisan Union, UP told ANI.

"Do we have to again hold a protest on MSP? Do we again have to come to borders? So, now that we are here, the prime minister had to take one more step ahead and make a law on MSP in the favour of farmers.

"We will thank him and move towards our home. He must form a committee so that such protests don't take place now and then. All farmers and people from Samyukt Kisan Morcha will have a dialogue with the committee," he added.

"The 750 farmers who died during the farmer's movement, how their families will survive is a big issue and the cases filed against us during the movement, who will take up that and how it will be taken up is also a big issue, "he added.

"The farmers are sitting here despite having worked on growing crops to earn their livelihood. Wheat is being grown, paddy is being harvested and sugarcane is being planted.

"Farmers are participating in the protests shift wise because working for our livelihood is equally important. Farmers are not going anywhere," he further said.

"Since 2014, Prime Minister has promised many things, how many of it has been fulfilled? He has sold the country to Adani, Ambani. Farmers are doing panchayat across the country. Farmers need to do their work too. We need to serve our kids too," said Sanjay Chaudhury, Kisaan Union, Gharwal manual Adhiyaksh.

Jile Singh, a farmer from Saharanpur said, "Right now, they have just said that they will roll back these black laws. They have just talked about half of the things. A law should be made on MSP. It is also a part of farmers.

"In the last 11 rounds of talks, the issues like MSP, electricity and these three black laws were put forward. Farmers won't go till the time they have a full assurance that these laws are being rolled back by the prime minister.

In a major move, Prime Minister Narendra Modi on Friday announced the repealing of the three central farm laws.

Farmers have been protesting the Centre's three farm laws since they were passed in 2020.

The three farm laws are -- The Farmers' Produce Trade and Commerce (Promotion and Facilitation) Act provides for setting up a mechanism allowing the farmers to sell their farm produces outside the Agriculture Produce Market Committees (APMCs).

Any licence-holder trader can buy the produce from the farmers at mutually agreed prices. This trade of farm produces will be free of mandi tax imposed by the state governments.

The Farmers (Empowerment and Protection) Agreement of Price Assurance and Farm Services Act allows farmers to do contract farming and market their produces freely. 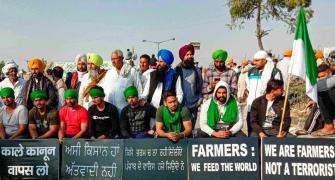 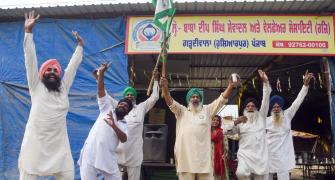 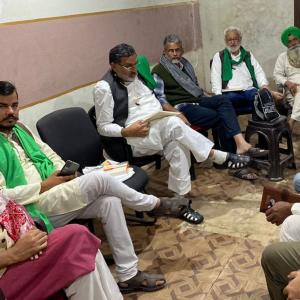 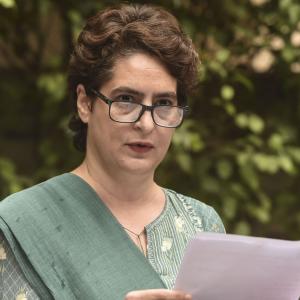 'If your intention is clear...': Priyanka writes to PM