Mumbai police on Friday allowed Karnataka police officials to meet Congress MLA Shreemant Patil, who has been admitted in a state-run hospital. 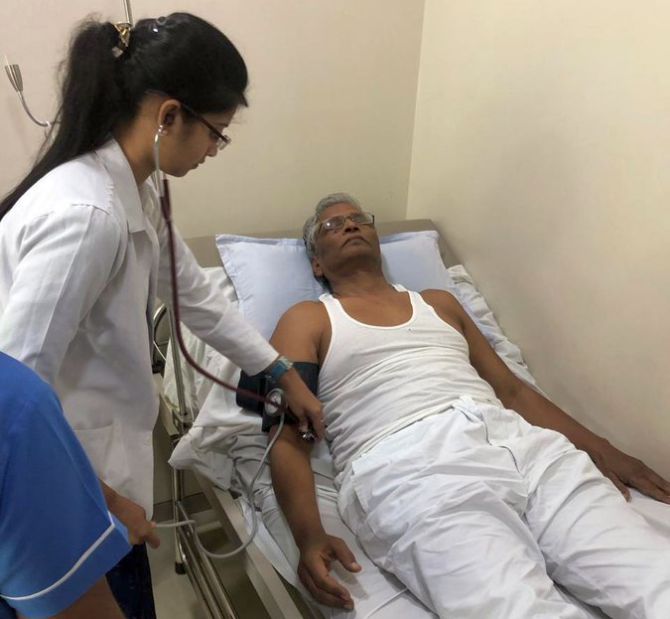 The police officials from the southern state recorded Patil's statement, an official said.

The development came amid reports that Patil wrote to Karnataka assembly speaker K R Ramesh, denying that he was kidnapped by the Bharatiya Janata Party.

"I went to Chennai for personal work and felt chest pain. Visited hospital and on doctor's suggestion I came to Mumbai and got admitted here. I was not kidnapped by the BJP," Patil wrote in an email to Ramesh, sources said.

Mumbai police provided security to Patil, the legislator from Kagwad in Belgaum district, who arrived in Mumbai on Thursday and was hospitalised after he complained of chest pain.

He was first admitted in a private hospital and later shifted to state-run St George Hospital in South Mumbai, the official said.

"We have provided security to the MLA and his statement was recorded," an official said.

The Congress had alleged Patil had been "kidnapped" as part of efforts to "topple" the coalition government in the southern state.

Congress leader and Karnataka minister D K Shivakumar had said they would produce documents to show Patil was forcibly admitted to the hospital to skip the trust vote in the Assembly.

According to sources, 15 rebel MLAs from the Congress and Janata Dal-Secular are camping at a luxury hotel in Mumbai. 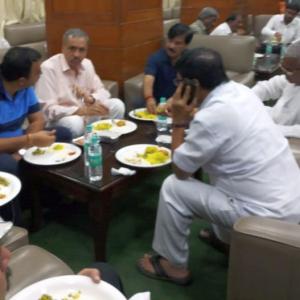