The recent decision by a Norwegian court to hand over two Non-Resident Indian children in foster care to their paternal uncle in India after a protracted legal battle was "taken in the best interest of the children," a senior official said on Tuesday.

Appreciating the "active and constructive" engagement of the Indian government on the issue, Heidi Sorensen, state secretary, Norwegian Ministry of Environment told reporters

In Chennai that her government was very happy that the issue had been solved in the children's best interest.

I think it is in the best interest of the children," she said, adding, the decision of the court and child welfare services in Norway had been based on this consideration.

She said her country had a close dialogue with the Indian government in the process." And I really appreciate the active and constructive engagement of the government of India on this. That has been crucial," she added.

Asked whether the issue would affect Oslo's relations with New Delhi, she said "I don't think, at least, we don't hope that this will have an effect on our relationship," and expressed happiness over the outcome of the case.

On April 23, a Norwegian court handed over the two NRI children -- Abhigyan and Aishwarya -- in foster care to their paternal uncle, ending months of custody row that saw India stepping up diplomatic pressure on Norway to send back the children, taken away by authorities there last year.

The children arrived in Delhi on Tuesday and were received by their grandparents and Minister of State for External Affairs Preneet Kaur.

Abhigyan and Aishwarya were taken away from their parents by Norway's Child Welfare Agency in May last on grounds of "emotional disconnect." Aviation FDI: Cautious, Centre set to take allies on board
'Return to India in best interest of NRI kids' 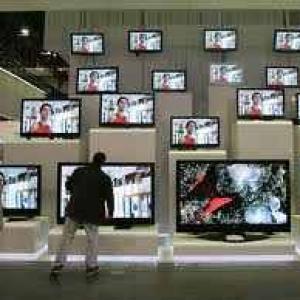