The police did not fire any bullet on protesters near Jamia Millia Islamia in New Delhi on Sunday, but an empty cartridge was found from the area, a senior Home Ministry official said on Tuesday. 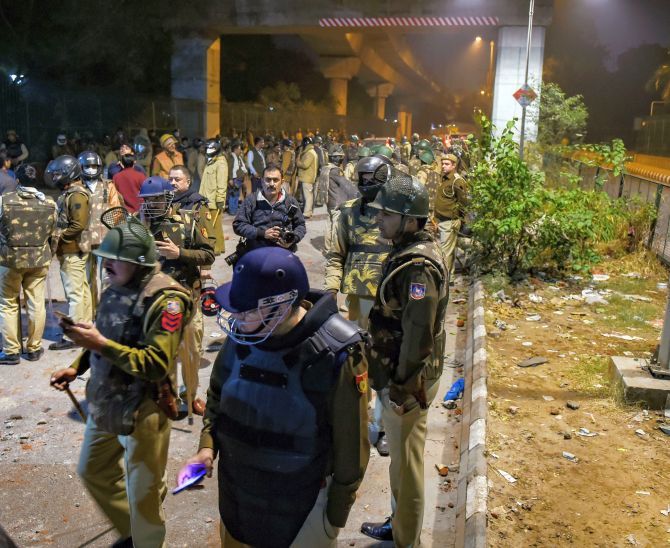 A total of three persons were admitted to Safdarjung and Holy Family hospitals after the violence, the official said.

While the one admitted at Holy Family Hospital did not have any bullet injury and was discharged, separate police and medical probes were on into the nature of injury of the two admitted at Safdarjung, the Ministry of Home Affairs (MHA) official said.

"We want to make it clear that the Delhi Police did not fire any bullet on protesters at Jamia. However, investigation is on about an empty cartridge that was found from the spot," the official said.

So far, 10 people were arrested by the police and none of them was student of Jamia.

Some students of the Jamia Milia University and residents of the locality staged a protest against the Citizenship (Amendment) Act on Sunday and the demonstration turned violent, leading to police resorting to lathi-charge and using teargas.

Asked about a video clip in which one person in civilian clothes was purportedly seen along with police personnel, the official said the individual was a Delhi Police constable posted in southeast district and part of the anti-auto theft squad.

To a separate question, the official said the Delhi Police did not have rubber bullets in its disposal on the day of the incident.

Asked about the reports that a local MLA was allegedly inciting people to indulge in violence, another official said ‘if anybody is found to be involved in the violence, whoever he may be, appropriate action will be taken’.

On the allegations that foreign forces were behind violent protests against the amended citizenship law, the official said, "All angles are being investigated and appropriate action will be taken against the guilty."

The Delhi Police also appeals to the people of Delhi to maintain peace, the official said. 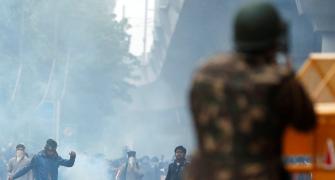