In yet another sign that not everything is fine between Bihar's ruling partners, Chief Minister Nitish Kumar opposes the BJP's demand for a population control law -- even while seeking a caste-based census, a red flag for the BJP.
M I Khan reports. At a time when the National Democratic Alliance government at the Centre is toying with the idea of a population control law, the Bharatiya Janata Party's Bihar ally, the Janata Dal-United, has publicly expressed that it is against such a move.

The difference between them over the population control law also reveals that all is not well within the National Democratic Alliance in Bihar, where BJP leaders repeatedly claim that all is well with the ruling alliance.

On the contrary, political watchers in Patna suggest that Chief Minister Nitish Kumar has time and again sent a strong political message to the BJP's top leadership that his party has intrinsic differences with the saffron agenda despite being a ruling partner. Janata Dal-United National President R C P Singh, considered a confidant of Chief Minister Kumar, has said a law for population control will not solve the problem it is meant to address.

'Instead of a population control law, all will have to think individually to control the population. A law cannot not solve the problem,' Singh said.

'Population control is good, everyone wants it, but in its name a community should not be targeted,' Singh added.

'By blaming a community for the growing population, some people are trying to create a false notion among the majority community,' the JD-U leader said, leaving no one in doubt as to what he meant. A JD-U member of the Bihar legislative council, Ghulam Rasool Balyawi, on Thursday stated outside the legislature that a law cannot control population growth.

Muslims constitute 16.5 per cent of Bihar's population of nearly 120 million.

Only two days ago, BJP legislator Hari Bhusan Thakur blamed Muslims for the country's growing population. 'Muslims want to convert India into an Islamic State,' Thakur charged, in response to Nitish Kumar's claim that the fertility rate in Bihar had declined tremendously.

'I urge the prime minister to execute this. It would be for the country's benefit,' Bablu said.

The JD-U's stand against a population control law is seen as a counter to BJP leaders stressing the need for such a law.

This is not the first such difference of views aired in public by the JD-U.

A few days ago, Nitish Kumar demanded a caste-based census saying that the last such census was conducted in 1931 -- which goes against the BJP's stand on the issue.

In the past Rashtriya Janata Dal chief Lalu Prasad was vocal in demanding a caste-based census, and in recent months his younger son Tejashwi Yadav, the state's leader of the Opposition in the assembly, gain raised the demand.

Since 2015, Lalu has been demanding that the caste data from 2011 be made public to 'ensure the empowerment of all those lagging behind in development.'

The state assembly on Thursday passed an unanimous resolution for conducting a caste-based census in 2021, which is seen as another step by Nitish Kumar to strengthen his social support base among Other Backward Castes, Extremely Backward Castes and Dalits.

The central government had released the Socio-Economic and Caste Census 2011 in 2015, but reportedly withheld caste-based data saying it was more concerned with the economic data which will help in the effective implementation of its programmes. 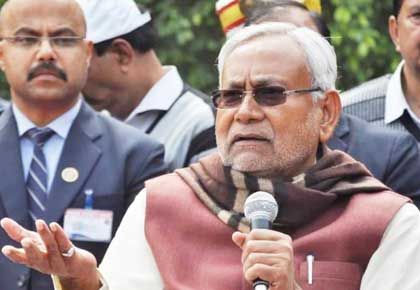 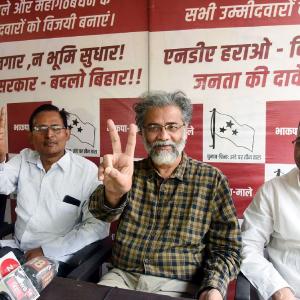