After hitting the Maharashtra coast with wind speeds of up to 120 kmph on Wednesday afternoon, Cyclone Nisarga weakened into a 'deep depression' late evening, the India Meteorological Department said. 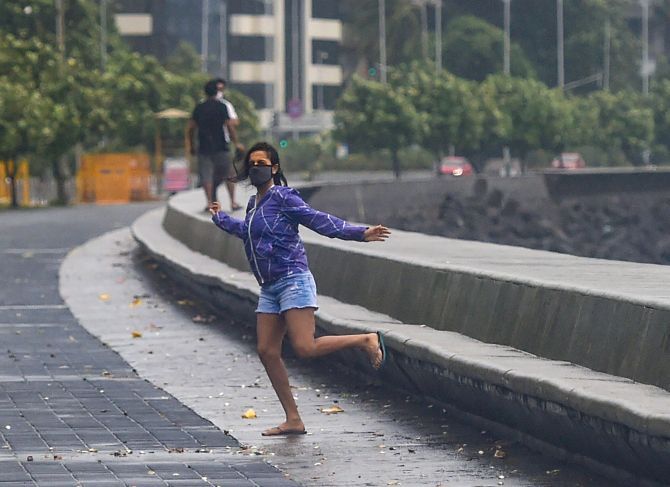 The process of landfall, which began at 12.30 pm near Alibaug in Raigad district, had completed by 2.30 pm, IMD director general Mrutunjay Mohapatra said.

Alibaug witnessed wind speeds of up to 120 kilometres per hour.

Although the cyclone made the landfall just 95 kilometres from Mumbai, the metropolitan city largely escaped its wrath.

'There was a slight change of direction towards north-eastwards which meant the impact of the cyclone on Mumbai was less severe than originally expected,' the IMD said in a statement.

The weather began to clear towards the evening, the IMD said.

By 4 pm, the cyclone had started weakening with wind speeds of 90-100 kilometres per hour.

It further weakened into a deep depression by 9 PM. Its intensity also reduced considerably with a wind speed of 25 kilometres per hour.

Two persons died in Pune and one in Raigad district in cyclone-related incidents, state officials said.

Thousands of people had been evacuated in coastal Maharashtra and south Gujarat, trains rescheduled, flights cancelled and fishermen ordered out of the seas as the region braced for the cyclone. 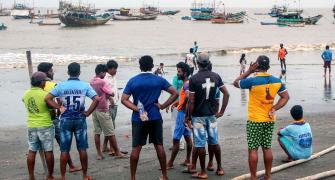 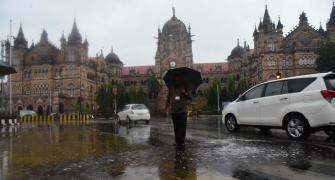 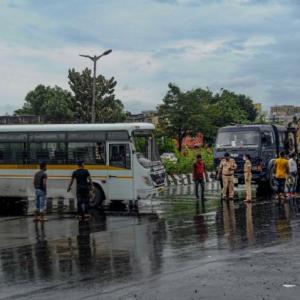 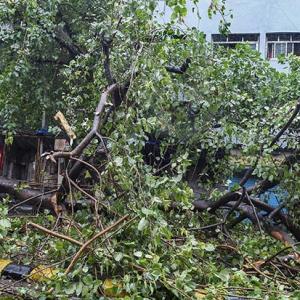