'What's being predicted for Mumbai is not so different from what Kolkata experienced.'
'People should definitely be alert and aware and follow the advice of the disaster managers.' As the Indian Meteorological Department predicts that Cyclone Nisarga will make landfall on the Maharashtra coastline on Wednesday afternoon, Professor Adam Sobel, atmospheric scientist and professor, Columbia University, New York City, spoke to Utkarsh Mishra/Rediff.com over the severity of the cyclone and how much damage is it expected to cause.

Cyclone Nisarga will likely make landfall on the Maharashtra coastline on Wednesday afternoon, can this prediction be taken as final now?

Well, it's never final. Until it happens, they will keep updating.

The closer it gets, the more accurate (the prediction).

It's only one day away, so it's getting pretty close. So it should be a good forecast.

IMD's forecasts are state of the art and they have done a good job.

But, of course, there's still time for change.

You wrote in your blog that the intensity of Nisarga is not as much. What type of damage is it expected to cause?

I just watched an interview of Dr Mohapatra, the head of the IMD, and they are predicting winds around 110 kilometres per hour.

Rainfall could be 100 or maybe even 200 millimetre in some places in 24 hours. And storm surge of one or two metres.

Storm surge of 1 to 2 metres hopefully may not be such a big problem.

As the storm is forecast to hit in the afternoon which is closer to low tide in Mumbai.

If that's true, that will make the storm surge impact, not lead to so much coastal flooding.

But those kind of winds can definitely knock down trees and power lines and stuff like that.

They hopefully shouldn't be damaging to big buildings. But if some homes are not strongly constructed, it could be dangerous.

There could be some serious flooding in low lying areas.

There's definitely some major risk, but a few days ago, some models were predicting even more intense storms.

(Though) that didn't happen, it's still a big deal.

What kind of precautions should be people staying in highrises take?

Well, I don't want to be the one giving emergency guidance.

There's the National Disaster Management Authority (to) give official recommendations.

There could be loss of power.

There's some risk to windows, I guess, if things start flying around some windows could break.

I think, 110 kilometres per hour is pretty close to the winds that were experienced in Kolkata during Amphan.

Amphan was a much more powerful storm when it hit the coast, but Kolkata is inland so it was weakened somewhat.

I think what's being predicted for Mumbai is not so different from what Kolkata experienced, so that could be some guide.

People should definitely be alert and aware and follow the advice of the disaster managers.

I can't give very specific advice. Certainly in low lying areas, some flooding is considered as a concern.

The IMD said Nisarga is not as severe as Amphan, but you are saying it is closer to the latter?

They are right. The cyclone is not as severe as Amphan, in terms of when it hit the coast.

I'm just saying, because Kolkata is inland, the storm had already weakened. The strength of the wind experienced in Kolkata may be similar.

So they are there right, (Nisarga) is weaker than Amphan, but because Mumbai is right on the coast, it's gonna get the direct effect, whereas Kolkata didn't.

Tt is quite unusual for a cyclone to make landfall in Maharashtra, how is Nisarga different in this respect?

Yes, there are not very many. We just looked at the observation now to double check.

I believe this is the strongest one to affect Mumbai since 1948. That's my best I can tell you right now.

There was one which came close in 1948 with wind speed 65 knots, says IMD's historical data. And they're predicting 60 knots for this one. So it's pretty close.

Since then, there have been a couple (of cyclones) but they have been weaker or did not come as close.

I think this is the biggest one at least since 1948. But that's our current review of historical data suggests.

Is there a specific reason why it is different this time?

No, I mean, there's is a prediction from climate models that the Arabian Sea storm activity should increase with global warming.

And some studies have even said that this is already happening, already visible in the data.

But it's important to say that it could have happened in the past also.

So it's not like you have to have global warming for this (to happen), but the risk may be increasing over time.

And, of course, Mumbai is much bigger city than it was (in 1948), with many more people and much more vulnerability.

So this is related to climate change.

I don't want to make a definitive statement. But it's a prediction.

There is some research suggesting that this is becoming more likely because of climate change.

I'm not sure. I'm not a forecaster. But what I do know is this one was tricky because it's forming close to land.

So, normally the IMD and other forecast agencies will begin their forecasts when the cyclone has officially formed and become a cyclone.

This one only officially became a cyclone yesterday (on Monday).

Like Amphan formed way out in the sea and they had more time.

But if it forms so close to land then it's less than five days before it hits land. Then the warning time is shorter.

So that's what happened here. 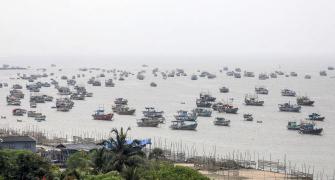 Maharashra, Gujarat hunker down for Cyclone Nisarga
When will Cyclone 'Nisarga' hit Mumbai? Track it now 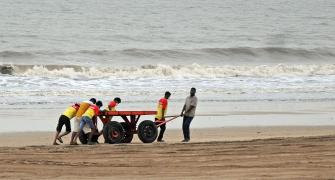 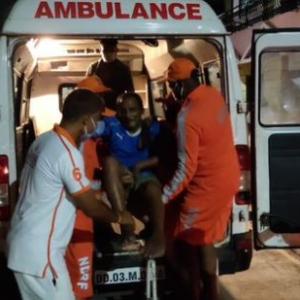 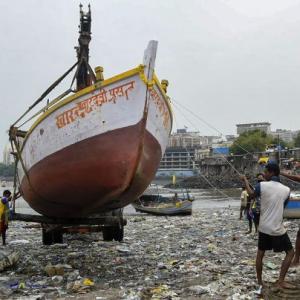