The National Investigation Agency on Wednesday sought the death penalty for convicted Kashmiri separatist leader Yasin Malik, who had earlier pleaded guilty of all charges, including those under the Unlawful Activities (Prevention) Act, in a terror funding case, court sources said. 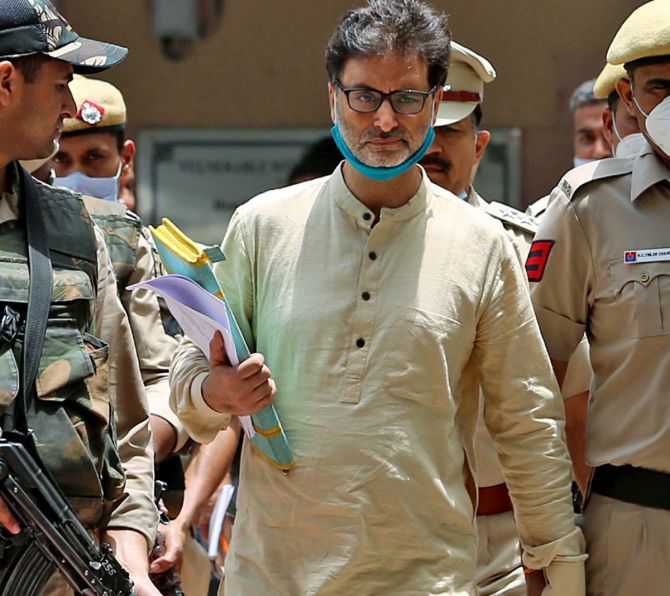 IMAGE: Separatist leader Yasin Malik being brought out of the Patiala NIA court in New Delhi, after being convicted in the terror funding case, on May 19, 2022. Photograph: Ayush Sharma/ANI Photo

The agency made the submission before special judge Praveen Singh, while the amicus curiae appointed by the court to assist Malik sought life imprisonment, the minimum punishment in the matter.

Malik, meanwhile, told the judge that he was leaving it to the court to decide the quantum of punishment.

After hearing the arguments, the court reserved its order and is likely to pronounce it later in the day.

The court had on May 19 convicted Malik and had directed NIA authorities to assess his financial situation to determine the amount of fine likely to be imposed.

Malik had on May 10 told the court that he was not contesting the charges levelled against him that included section 16 (terrorist act), 17 (raising funds for terrorist act), 18 (conspiracy to commit terrorist act) and 20 (being member of terrorist gang or organisation) of the UAPA and sections 120-B (criminal conspiracy) and 124-A (sedition) of the Indian Penal Code.

Parts of Srinagar observed a spontaneous shutdown on Wednesday ahead of a court's verdict on the quantum of sentence for separatist Yasin Malik, who has been convicted in a terror funding case, officials said.

Most of the shops and business establishments in Maisuma and adjoining areas, including some shops in Lal Chowk, were shut, they said.

Shops in some areas of the old city were also shut, however, public transport was plying normally, they added.

Security forces have been deployed in strength in Srinagar to avoid any law and order problems, they said. 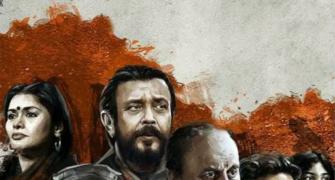