The Kashmir Files has done a commendable job in highlighting the plight of Kashmiri Pandits, but has dealt only with the local factors.
The cover-up has multiple reasons and it is time a debate is begun to unmask the culprits who hid the truth, asserts Colonel Anil A Athale (retd). The massive response to The Kashmir Files has taken many by surprise.

The unease at the revelations of the Kashmiri Pandits's plight has seen the 'politically correct' lobbies run for cover.

The film has indeed done a remarkable job in highlighting the 'ethnic cleansing' that took place in the Kashmir Valley in 1990.

It was not just the denial of truth that is galling, but the fact that some in the media and Bollywood had gone to the other extreme of peddling lies.

Remember a movie in which 'Hindu terrorists' were shown to ambush a bus and separate passengers and kill non-Hindus? I challenge anyone to cite a single instance of this kind of incident.

The truth is that these incidents occurred in Punjab and the Doda region of Jammu and Kashmir where the victims were always Hindus.

It is indeed true that over the last four decades Muslims also suffered at the hand of the separatists and terrorists. Indeed, many films have been made on this topic and rightly so.

But all this while, the Pandit exodus from the Valley was deliberately ignored. The Kashmir Files has, however, uncovered only a part of the truth and not the complete truth.

This article is an attempt to probe and reveal other forces and motivations that led to this 30-year-old silence on the tragedy of the Kashmiri Pandits.

Casteism that passes for 'progressive' thinking is at the root of some of the non-reaction to the Pandits's plight.

The ethnic cleansing of the Kashmiri Pandits also did not fit the narrative of the 'Kashmiri freedom struggle'. All through the 1990s, the United States was a supporter of Kashmiri separatism and then US secretary of state Madeleine Albright its passionate advocate.

In 1994-1995, Kashmir often heard slogans like 'Clinton (then the US president) Zindabad' during protest marches by the separatists.

The US had a clear agenda to promote separatism and if possible, secession of Punjab and Kashmir from the Indian Union.

Support for the break-up of India into 'manageable parts' was a part of the US global agenda right up to 2001 when 9/11 and the rise of China led to a change in this American view.

India, as a supporter of the Soviet Union, was on the US hit-list during the Cold War.

The Kashmir issue and India's fight against Kashmiri separatists was also used as a pressure point in the 1990s by the West led by the US to stop India from going nuclear.

The ethnic cleansing of Kashmiri Hindus did not fit this narrative and hence was removed from public memory. The Indian State itself downplayed the plight of Kashmiri Hindus for the fear that it would have repercussions on the rest of the country in terms of anti-Muslim sentiment.

This was quite salient after the December 6, 1992 demolition in Ayodhya when communal tensions peaked.

Such was the domination of terrorists in the Kashmir Valley in the 1990s that Kashmiri Muslims were scared to help their Pandit neighbours.

It is a matter of record that the separatists killed more Muslims than Pandits during the course of the three decade-long insurgency.

The Kashmir Files has done a commendable job in highlighting the plight of Kashmiri Pandits, but has dealt only with local factors.

The cover-up has multiple reasons and it is time that a debate is begun to unmask the culprits who hid the truth.

The Kashmir Files needs to lauded for having raised this issue.

One must forgive, but never forget. 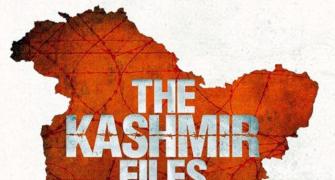 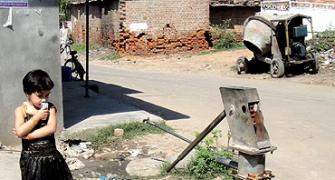 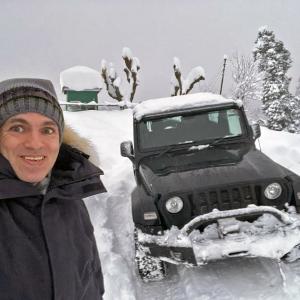