In his first decision after assuming office, Prime Minister Narendra Modi on Friday approved a hike in scholarship given to widows and wards of deceased or ex-service personnel of armed and paramilitary forces from the National Defence Fund and extended its ambit to include wards of state police officials martyred in terror or Maoist attacks. 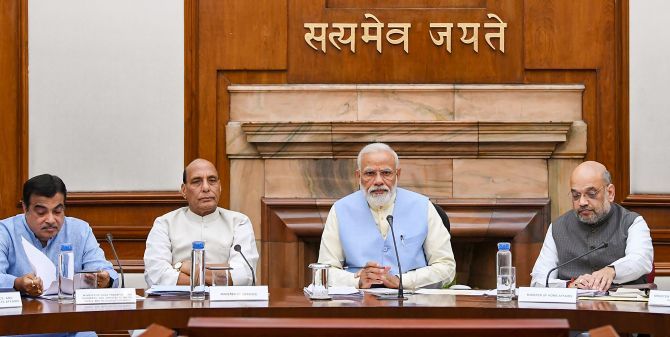 "The ambit of the Scholarship Scheme is extended to the wards of state police officials who are/were martyred during terror/naxal attacks," it said.

Modi said the newly-sworn in government took four major decisions related to farmers' and traders welfare in the first meeting of the Union Cabinet.

The Bharatiya Janata Party had promised these measures in its election manifesto.

'Glad that path-breaking decisions were taken in the cabinet, the first in this tenure. Hardworking farmers and industrious traders will benefit greatly due to these decisions,' Modi tweeted after the meeting of the cabinet.

He said the decisions will enhance dignity and empowerment of several Indians. 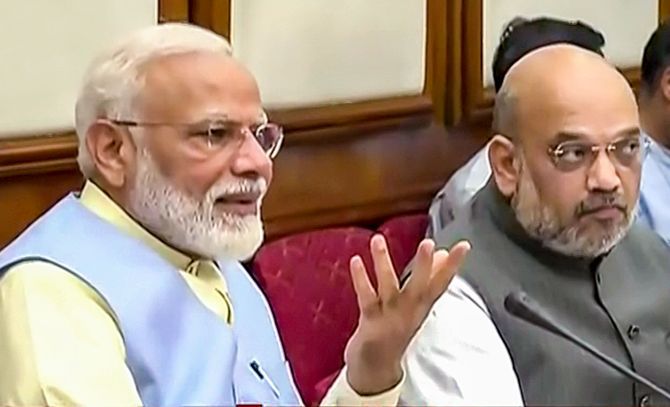 Meanwhile, in his first day in office on Friday, the prime minister offered floral tribute to the idols of Mahatma Gandhi and Vallabhai Patel in his South Block Office. He also posted a short video.

As many 500 individuals will be able to avail the quota for state police officials every year.

'Our government's first decision dedicated to those who protect India. Major changes approved in PM's Scholarship Scheme under the National Defence Fund including enhanced scholarships for wards of police personnel martyred in terror or Maoist attacks,' Modi tweeted.

'In line with the Prime Minister's vision for India's safety, security and the well-being of those who protect the nation, the very first decision of the Prime Minister Narendra Modi on assuming his office is approval to a major change in the ‘Prime Minister's Scholarship Scheme' under the National Defence Fund,' the PMO said.

Under National Defence Fund, the Prime Minister's scholarship scheme (PMSS)' is being implemented to encourage technical and post-graduate education for the

widows and wards of the deceased, ex-service personnel of Armed Forces and Para Military Forces and Railway Protection Force. 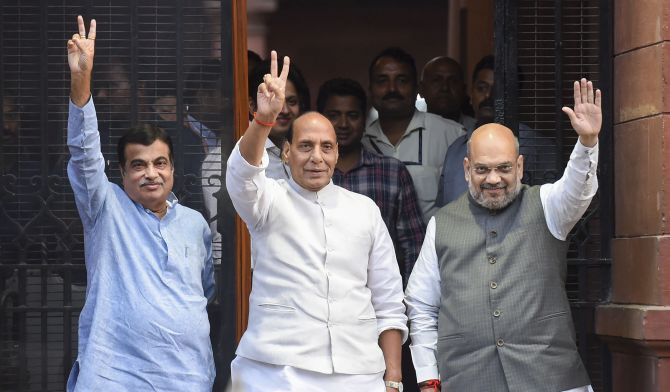 Scholarships are mainly given for medical, engineering, MBA, MCA and other equivalent technical courses.

The government in its first Cabinet meeting also approved a new scheme, which assures minimum monthly pension of Rs 3,000 to all shopkeepers, retail traders and self employed persons after attaining the age of 60 years, fulfilling its poll promise.

The decision taken at the Union Cabinet meeting chaired by Modi here will benefit 3 crore retail traders and shopkeepers.

Five crore traders are expected to join the scheme in the next three years, Union Minister Prakash Javadekar said while briefing reporters at a press conference.

"All shopkeepers and self employed persons as well as retail traders with GST turnover below Rs 1.5 crore and aged between 18-40 years can enrol for the scheme," an official statement said.

Interested persons can enrol themselves through over 3.25 lakh common service centres spread across the country. The government will make matching contribution in the subscribers' account, the statement added.