Never hankered for posts, Sidhu aide on being among Punjab CM probables

Sukhjinder Singh Randhawa, a minister in the outgoing cabinet of Amarinder Singh whose name is doing the rounds among the probables to be the new leader of the Congress Legislature Party (CLP) in Punjab, on Sunday asserted that he has never hankered after posts.

Asked that his name was among the frontrunners, Randhawa replied he or his family "never hankers for any post". 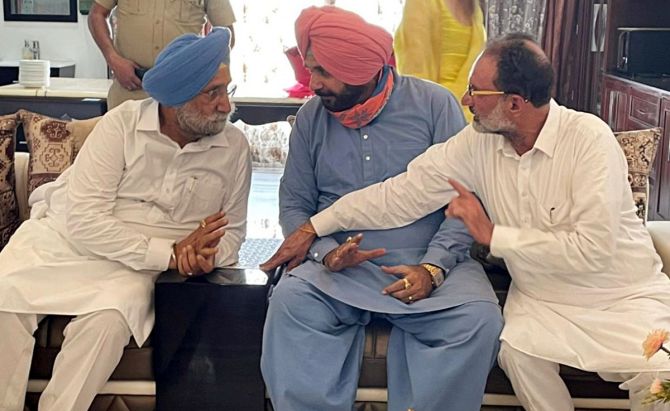 When the mediapersons here asked that can it be assumed that they are talking to the future chief minister, Randhawa quipped, " You are talking to a Congressman".

In a veiled dig at Amarinder Singh, he then added, "A chief minister remains (in his post) only till the time when his party, people of the state stand by him".

Congress veteran Capt Amarinder Singh resigned as chief minister of Punjab with less than five months to go for the Assembly polls after a bruising power struggle with state party chief Navjot Singh Sidhu, and had said that he felt "humiliated" over the way the party handled the protracted crisis.

Asked how soon can one expect the name of new CLP leader to be announced, Randhawa said, "We have authorized Congress president in this regard."

He said the party senior leadership has not only to talk to the MLAs, but other stalwarts too before finalizing the name.

Asked why so much time is being taken to announce the CLP leader, he said, "If you have to make a village sarpanch, sometimes it takes 20 days to decide".

However, he assured the new CLP leader's name will be announced later in the day.

To a question over what caused differences with Amarinder Singh, he said, "When we felt that promises which were made and elections were near and the Congress high-command and we too felt worried".

Randhawa had earlier this year joined hands with Navjot Singh Sidhu, and had targeted his own government over alleged failure to fulfil the promises made in the run-up to the 2017 polls including those related to the sacrilege incidents (in 2015).

On Amarinder Singh's outbursts against Navjot Singh Sidhu after he resigned as chief minister, Randhawa termed it as "unfortunate" that a senior leader had used such words.

"I think it is unfortunate that such words have been used against Punjab Congress chief by a senior leader," he said.

"Even when there were differences with Amarinder Singh since April 26, but you must have never heard me speak any word against him in a disrespectful manner," said Randhawa.

"Even today, I consider him like a father," said the Jails and Cooperation minister in the outgoing cabinet of Amarinder Singh.

"...Till the time we (Amarinder Singh and Randhawa) were together, you saw that I was very close to him. When he hurt me, then I followed my conscience," Randhawa said.

The 79-year-old Amarinder Singh, one of the Congress' powerful regional satraps, had put in his papers after speaking to the Congress president and shortly before a crucial meeting of the CLP here on Saturday evening. 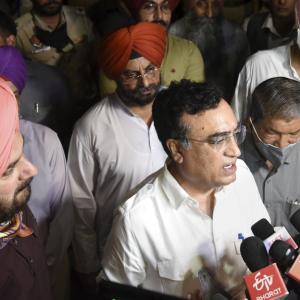