Setting to rest speculation about his citizenship, actor Akshay Kumar on Friday said his aim is to make India a stronger nation even though he holds a Canadian passport. 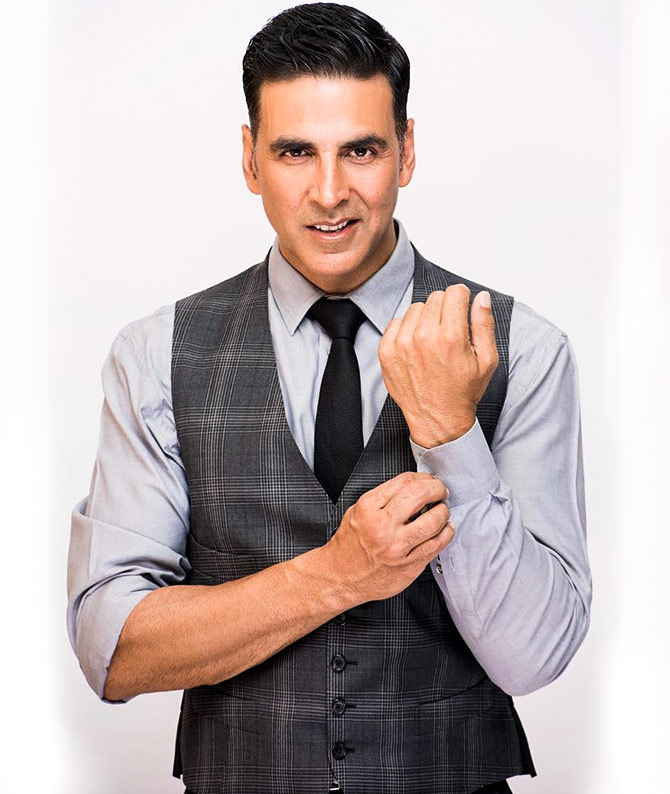 The actor, who recently made headlines for his "candid and completely non political" chat with Prime Minister Narendra Modi, was the subject of intense speculation about his citizenship after he did not vote in Mumbai on April 29 in the fourth round of the seven-phase polls.

In a statement on his official Twitter handle, the 51-year-old said he had never hidden or denied that he holds a Canadian passport.

"I really don't understand the unwarranted interest and negativity about my citizenship. I have never hidden or denied that I hold a Canadian passport. It is also equally true that I have not visited Canada in the last seven years," he said.

"I work in India, and pay all my taxes in India. While all these years, I have never needed to prove my love for India to anyone, I find it disappointing that my citizenship issue is constantly dragged into needless controversy, a matter that is personal, legal, non-political, and of no consequence to others," he added.

The actor said he would like to continue contributing in his small way to causes he believes in and to "make India stronger and stronger".

On Tuesday, a day after the elections, reporters tried to buttonhole him during the special screening of the film "Blank".

Faced with questions on why he hadn't voted, the actor walked off, saying "Chaliye chaliye (let's go, let's go)."

Akshay, who started his journey in Bollywood in 1991 with "Saugandh", has established himself as one of the Hindi film industry's most bankable stars.

In the past few years, the actor has featured in a series of films such as "Toilet: Ek Prem Katha" and "Padman" focusing on social issues. He also won a National Award for his performance in "Rustom", in which he played a patriotic Navy officer.

Akshay's last release was "Kesari" based on the Battle of Saragarhi.

Source: PTI© Copyright 2020 PTI. All rights reserved. Republication or redistribution of PTI content, including by framing or similar means, is expressly prohibited without the prior written consent.
Related News: India, Battle of Saragarhi, Akshay Kumar, Navy, Bollywood
SHARE THIS STORY
Print this article 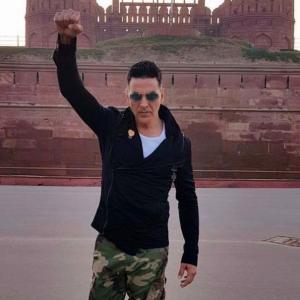 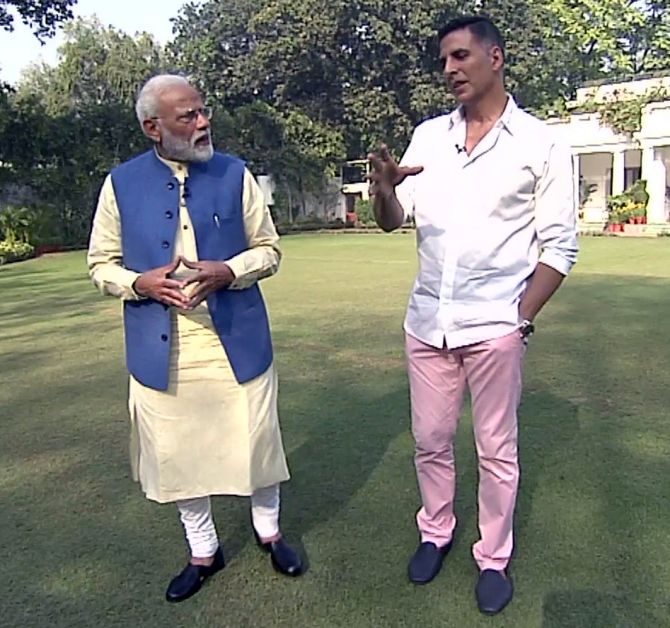